Yesterday I reviewed the surprise Proctor & Gamble announcement which pulled back earnings hopes due to FX volatility.  The key conclusion from that analysis was this observation:

'On a currency-neutral basis, the Company continues to expect strong core earnings per share growth in the range of 12% to 14%'   '

I thought about these observations when I read the Nestle FY13 observations this morning where they achieved an 11% rise in 'underlying EPS in constant currencies', assisted by organic growth of 4.6%, rising margins and a cash conversion in excess of 100% 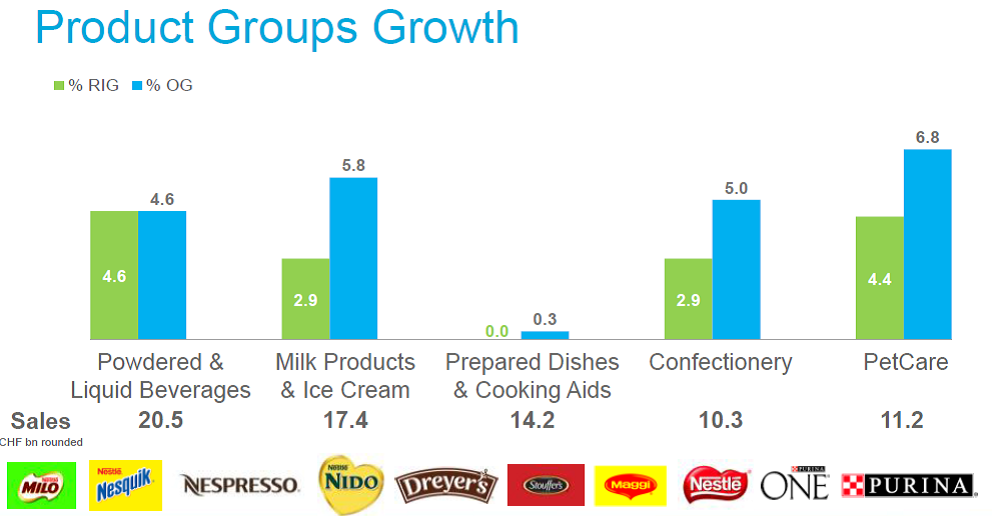 ...more striking though was the geographic split, with the emerging markets/rest of the world regions leading the way.  The 9.3% organic growth versus 1% organic growth emerging/developed market split is very, very striking. I think this geographic growth bias in FY13 has coloured the FY14 thoughts.  Here is the key quote, in my opinion, from the Nestle management about prospects for this year (with my emphasis added):


“Last year was challenging and 2014 will likely be the same. We will continue to be disciplined in driving our performance in line with the Nestlé Model of profitable growth and resource efficiency. I therefore expect our 2014 performance to be similar to last year and again weighted to the second half, outperforming the market, with growth around 5% and improvements in margins, underlying earnings per share in constant currencies and capital efficiency.”
I note that, in contrast to P&G, Nestle decided not to quantify a growth target although 'similar to last year' suggests EPS growth (in constant currencies) around 10%.
One similarity to P&G is the valuation which is, using the FY13A numbers, is around x14 EV/ebit:
Market cap CHF216bn
Value L'Oreal stake (part of which is now monetised) CHF33bn
Net debt CHF14.7bn
EV CHF198bn
Ebit FY13A CHF14.2bn = x13.9 EV/ebita
FCF CHF17bn = 7%+ free cash flow yield (3%+ dividend yield paid out)
Nestle shares, as shown below, have been in a fairly tight range over the last year.  My ideal level has always been at/near CHF60 but given the extra flexibility the company now has via the partial monetisation of its L'Oreal stake (buyback?) and the comments about more progress in FY14 (albeit currency influenced), like P&G it is a bottom of the recent range buy with the EV/ebit 14e figure in the low x13s and a 7%+ free cash flow yield.  This suggests sub CHF64 for an initial position, supplemented at CHF60(ish).