Mosaic - the good, the bad and the question mark

The fertiliser company Mosaic updated the market with its latest thoughts earlier today.  A few quick observations from the numbers.

The good news is the US$1bn buyback equivalent to just under 6% of outstanding shares which they justified as allowing them to:

The bad news relates to the confirmation that full year 2013 earnings fell 60% versus 2012 as realised phosphates and potash prices fell and capacity utilisation remained particularly low in the potash (below 65% of operational capacity).  Even in the Q4 year-on-year period profits were down 40%. 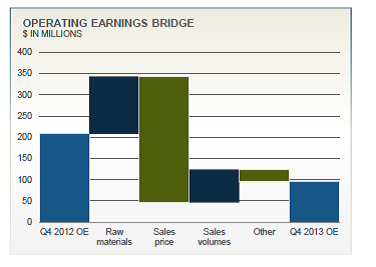 The question mark follows from the above really.  Take this excerpt from the results on the potash division.  Q4 actual (versus estimated) did seem neutral or a little better than hoped on all three metrics cited AND the company expects further improvements in 2014 and over the longer-term.  Talk of higher prices was also noted in the phosphates division.

And when is the improvement happening?  Well first volumes and then, in H214, prices as per their guidance.  This naturally seems very fuzzy and unclear though...and that's why it is a question mark. 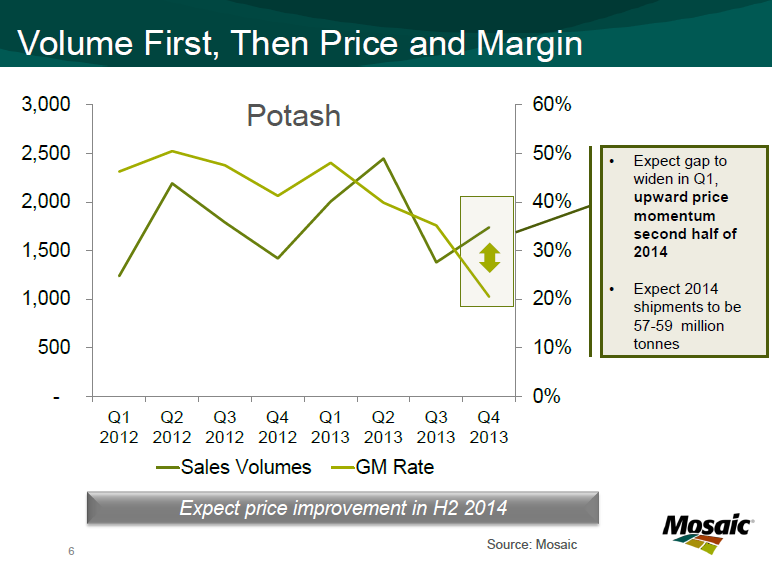 Here is the recent share price though.  Two very distinct share price ranges are apparent c. US$55-65 in the first six months of the period and, following the disputes amongst certain eastern European members of the potash global oligopoly, a second range between US$40-50 is apparent.

I really like the agricultural theme for the reasons captured in the chart below.  Mosaic though still feels too unclear an investment to make compared to other agricultural chain investments that I have added to - on volatility - recently such as Syngenta (link here) and Agco (link here). 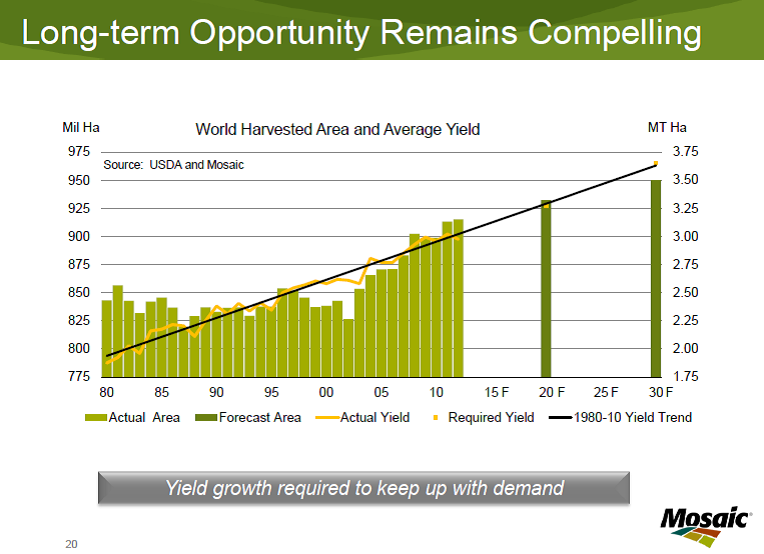 My personal instinct is still to worry about potash pricing and that a better entry point for Mosaic shares remains in the low 40s not the current mid/higher 40s.
Posted by Chris Bailey at 14:21