The agricultural machinery concern Agco beat numbers but the shares remain down on the day (as I write) and generally have continued their falling away from the October highs:

At the end of year update in December I noted the strong operating themes apparent in the company (new products, a rise in parts commonality, an increase in their grain storage business, rising margins) plus the positive financial aspects of a new US$500m buyback (8%+ of EV) and a x8 EV/ebit rating.  Today's Q4/FY numbers reiterated all these aspects and beat consensus hopes too.  As Seeking Alpha noted:

These headline numbers formed part of a solid financial summary with all key metrics moving the right way at both the Q4 year-on-year comparison period as well as the FY one. 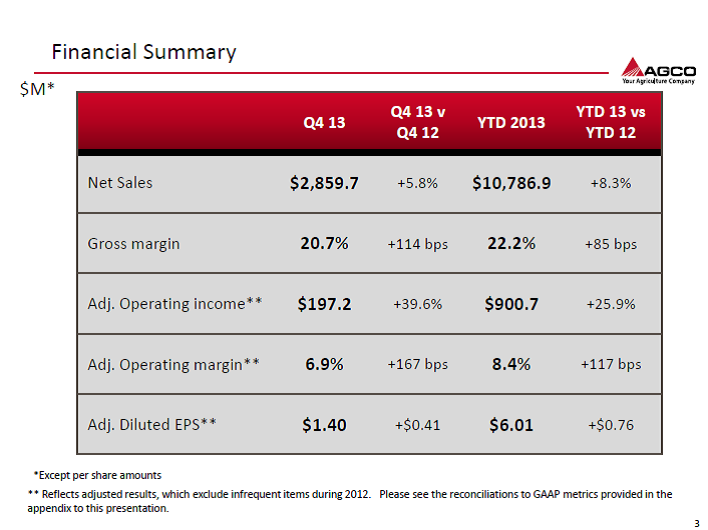 As I noted in December though, whilst the company is guiding for overall sales to rise and the company (just like John Deere) will continue to take positive pricing (2%) and with the noted rising margins offsetting rising capex to help develop the new models, EPS will be approximately flat year-on-year.  With the free cash flow yield of around 4% and an EV/ebit ratio of around x8 the shares feel like a good value opportunity. 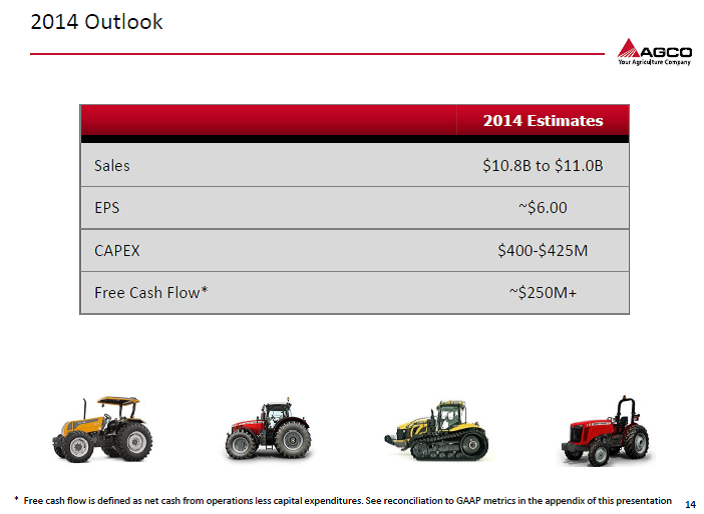 So nothing particularly new from the numbers today but the shares are down a further US$4 since December on general market volatility.  I have added a few more to my holdings today.