Well what a week that was...and despite some fascinating earnings season insights it has been all about Switzerland following their decision to de-peg against the euro. 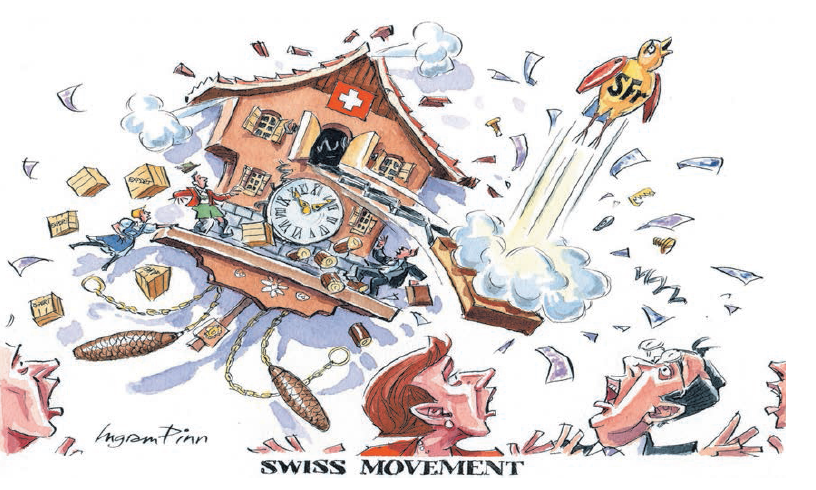 As @sobata416 highlighted (in a chart put together by @JLyonsFundMgmt) this has some dramatic implications for the Swiss equity market... 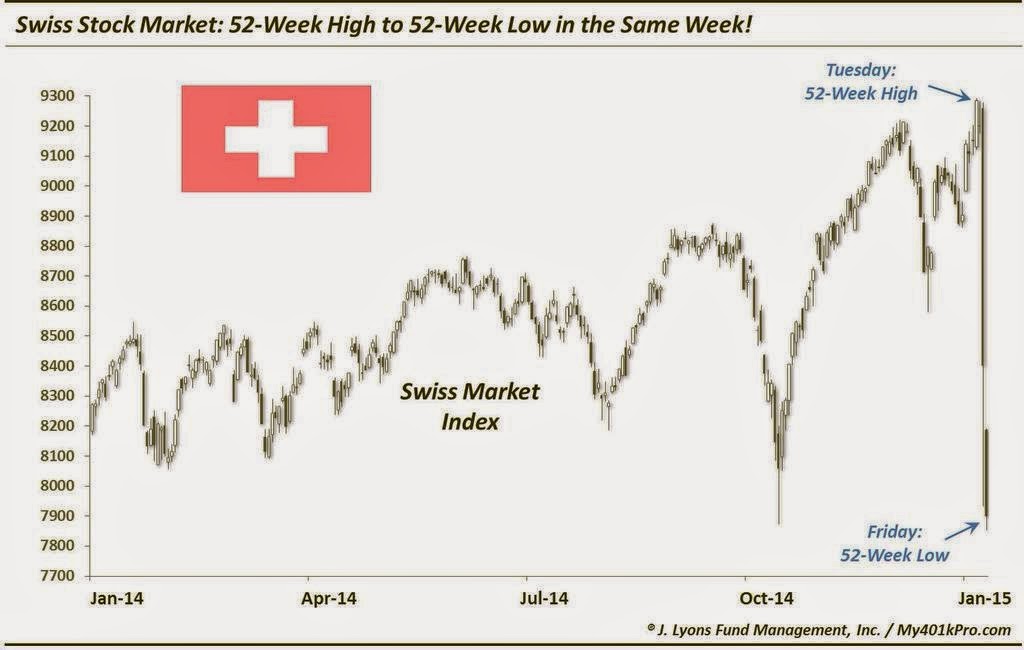 ...and the bond/swap market too.  A negative yield 10 year Swiss government bond anyone? 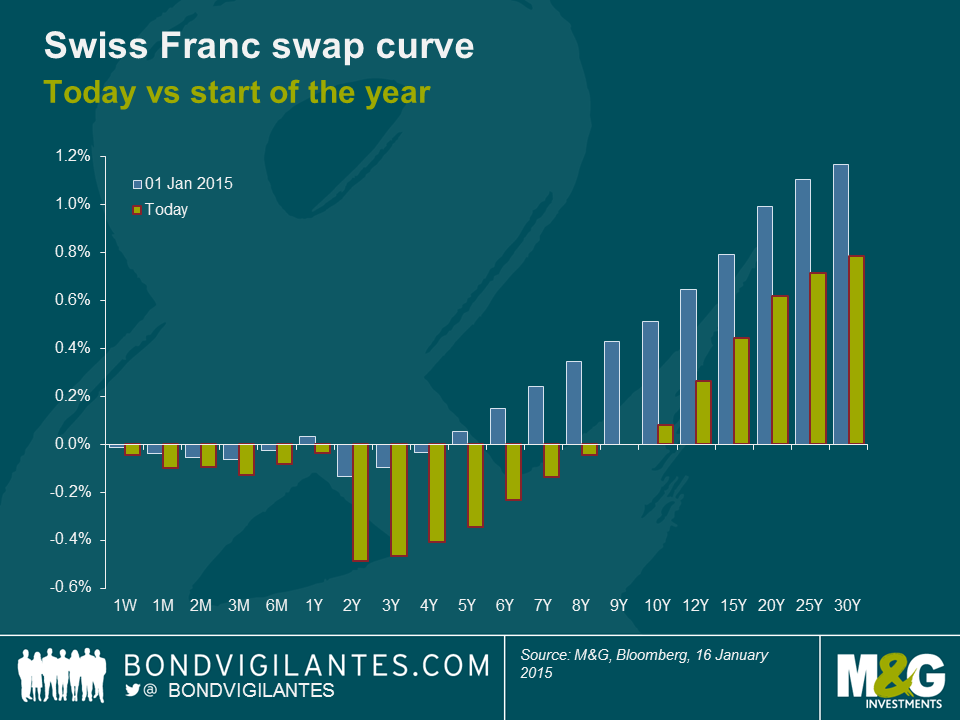 We clearly live in interesting times.  What were amongst my top 15 macro thoughts/themes for 2015 again?  Currency shifts and general volatility!

Of course this did not mean I had a position in the Swiss franc (either way!)  Trading activity during the last week was actually relatively modest - given a choice I prefer to make decisions more influenced by earnings than macroeconomic volatility given I am current set up for movement in the latter.

I therefore took some trading profits in my non pension fund position in Randgold after a strong gold performance during the week.  The company remains one of my top three pension fund positions but on my trading account the very sharp move upwards since the start of the year meant taking some profits was sensible. Thematically I remain very positive about gold and events in Switzerland just augment this view.

Otherwise I added to my short in Quindell as upward price volatility provided an opportunity to augment this position in anticipation of more difficult days ahead.  I also built up my DAX short above 10,000 index points as the ECB QE hopes reached a frenzy. QE is required but is no panacea.

Finally, as written up on Financial Orbit, I did take advantage of the sharp downward move in Tiffany's to buy a starter position.