I last formally posted about General Motors six months ago (link here) and concluded there was an opportunity on a relative spread basis against its big peer Ford. That actually worked out quite nicely...with the spread compressing quite nicely between July and October (when I took the spread trade off).

So what about GM now?  Well since re-listed onto the US market around four years ago the share has had its ups and down...and today is not so far off its (re)float price:

GM is in my thoughts today for two specific reasons.  The first relates to the publication of its forward looking guidance earlier today which had a couple of key observations:

General Motors Co. (NYSE: GM) expects its total earnings before interest and tax (EBIT) adjusted and EBIT-adjusted margin to increase in 2015, compared to 2014, after adjusting 2014 for the impact of recall costs. The company also anticipates improved automotive results in all regions.

This outlook is based on modest global industry growth expected in 2015, which will result primarily from continued growth in China, Europe and the United States, and ongoing launches of key vehicles.

Nothing too controversial about this although in practical terms it means 10% operating margins in the US, a return to profitability in Europe and progress in China...all of which have some challenge elements to them.

Take the US.  The second reason why GM is uppermost in my minds was just chart about per capita auto sales which looked at the data over a wonderfully long 40 year period.

(you can find the whole post from dshort.com here - well worth a read).

Now in most industries such a per capita sales progression could be offset by the upgrading of product and selling prices...and clearly GM have that focus.  However the underpinnings in a high operational leverage business like the auto sector is not easy.  Check out the level of incentives for the company's US sales for example (in absolute or relative terms): 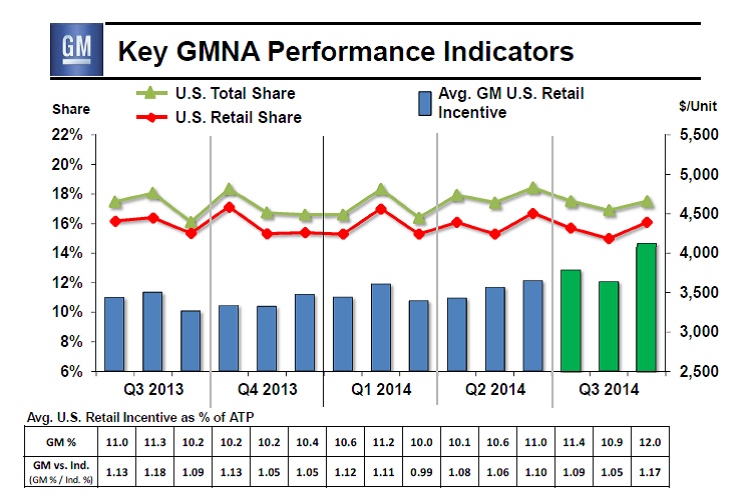 Profitability in Europe?  Not impossible...but not easy either in my view. 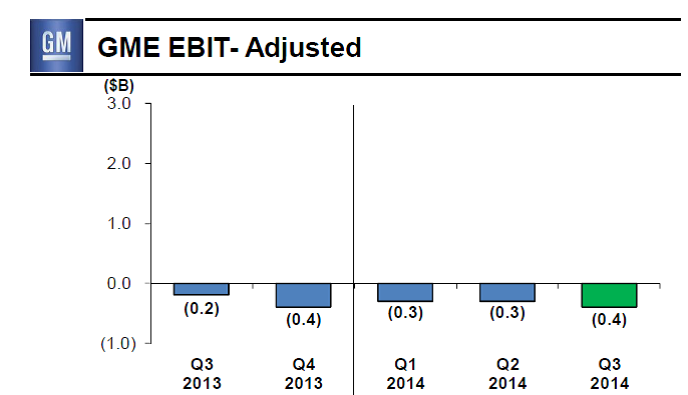 And as for China, well this statistic alone shows the opportunity/influence...but also the threat from any slowdown:

The biggest potential positive though - and as per the link back in July when I instigated the long/short versus Ford in the first place - would be the reduction in influence of the recalls. Back these out...and the scope for US$10bn+ of ebit looks possible (which would put the company on around x7 ebit - not a terrible valuation). 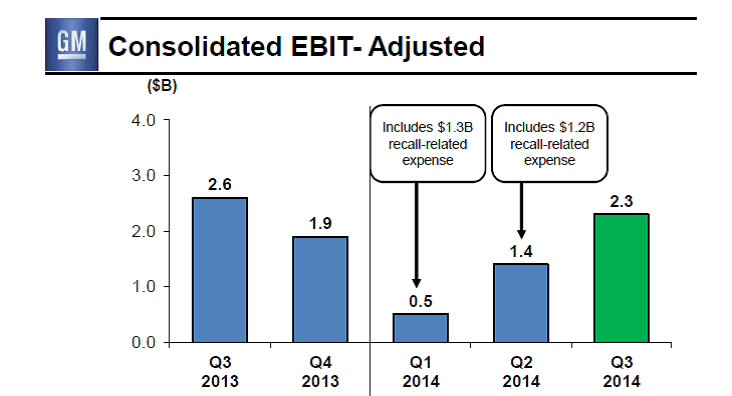 Of course there is the debt composition to worry about - but it was ever thus with GM.  At least they are upfront with its presentation so investors can track it. 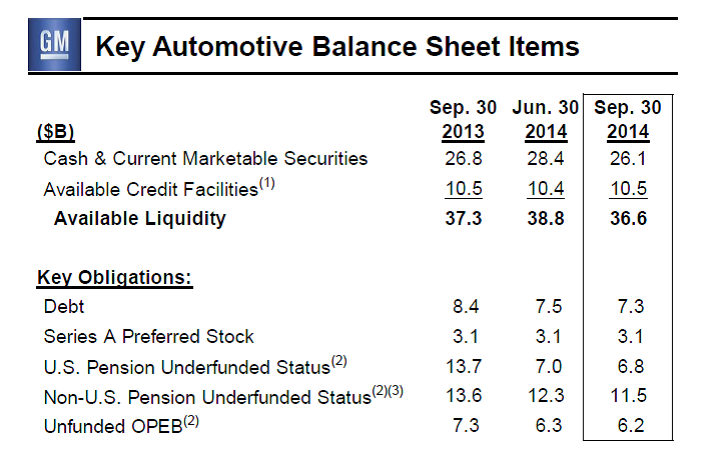 GM is not a 'must do' at the prevailing level - a c. x6 EV/ebit prospective ratio at/around US$30 would perhaps be closer to this.  It is however a share which gives investors trading scope.  Broadly speaking I think it is a US$30-40 range at the moment.  One to keep watching - more detailed numbers out later in the month.
Posted by Chris Bailey at 21:09