Lots going on today...but not much time to discuss it due to other commitments.  So, in summary:


China fails to rise for a fifth day, rest of Asia follows US/Europe up including Japan boosted by the inevitable restart of the yen's decline!  Talking about Japan, did you see Japanese 30 year mortgage rates have hit a new low at 1.35%?: 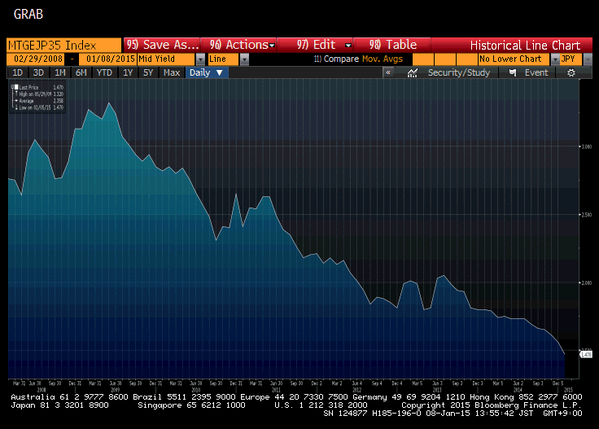 That feels like a crisis economy to me (h/t @bmclannahan re this). 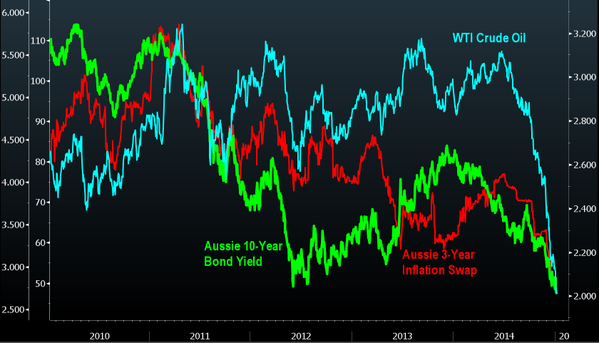 China IPOs this week - Twenty-two companies including Spring Airlines Co. and Wanda Cinema Line Co. will market initial public offering shares next week, which BOC International said will freeze about 1.4 trillion yuan ($225.3 billion). That's a lot of money seduced by the 5+ year highs on the Chinese bourse (?)  Feels like a stock picking market to me... 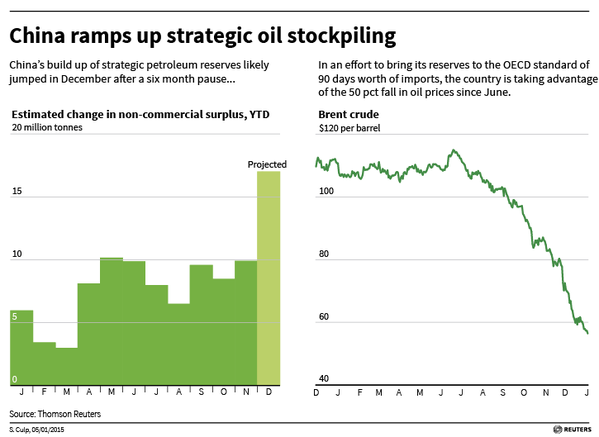 I see Samsung came out with numbers (link here) which look headline poor...but the share was slightly up in Korean trading which tells you all you need to know re what was priced in.  Will look to write up the numbers more coherently later.

Europe -
Soros says Ukraine bigger risk than Greece as 5 year CDS default probability of former hits 80%.  Of course today is when Ukraine begs the IMF for more money. Got to keep an eye on this story.

Tesco – new level of price war launched with ‘hundreds’ of products cheaper (link here). More with trading statement at 7am. 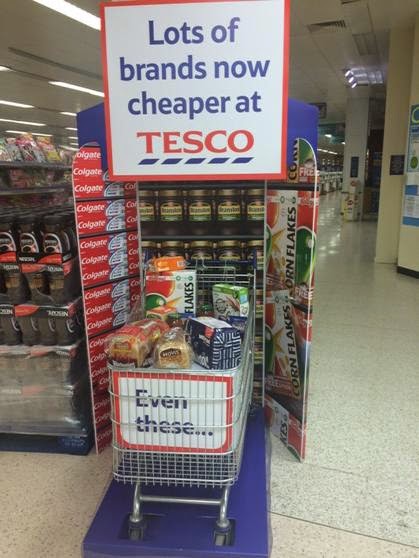 Greece – polls last 24 hours generally showing Syriza holding lead.  Deutsche worrying re capability Syriza get a majority due to smaller parties not hitting vote threshold for seats (largest party gets bonus MP allocation).  Think this is overstated as plenty of parties above 3% min requirement for seats.

Oil – Reuters reports that US oil production will fall in 2015 as projects pulled meanwhile Jim O’Neill says looking at 5 year forward oil price tells him that oil will end up this year (link here). 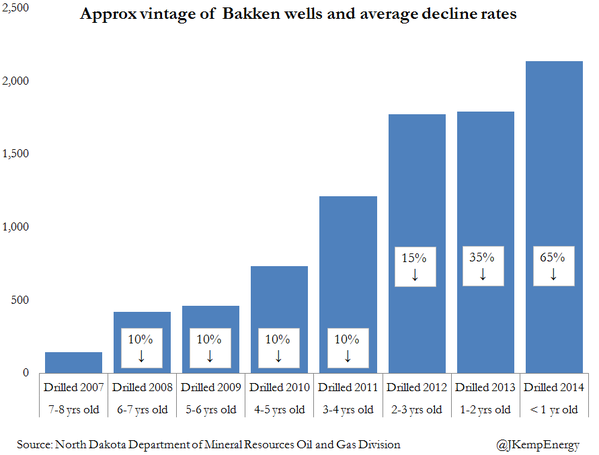