It might be the Saturday between Christmas and New Year but there are trades to report...and markets to muse about!

First the latter: as I have been summarising in the wraps over the deep holiday period (go to the 'Wraps' tab above) the US market has hit further highs and there continues to be plenty of newsflow in Japan, Russia and impacting the oil market.

Forecasts a-plenty are coming out too (including my own early before the New Year).  As always the average forecast remains the same as nicely summarised in today's Financial Times by Bryce Elder:

Another chart I liked which helped give a little bit of historic perspective was this one below via @jsblokland.  The lack of downside over the last five years (and a big bounce back in the latter three-quarters of 2009 too) is just going to accentuate this positive bias... 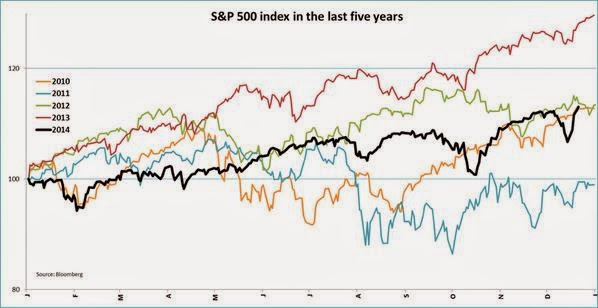 ...as nicely captured by this Reuters chart too: 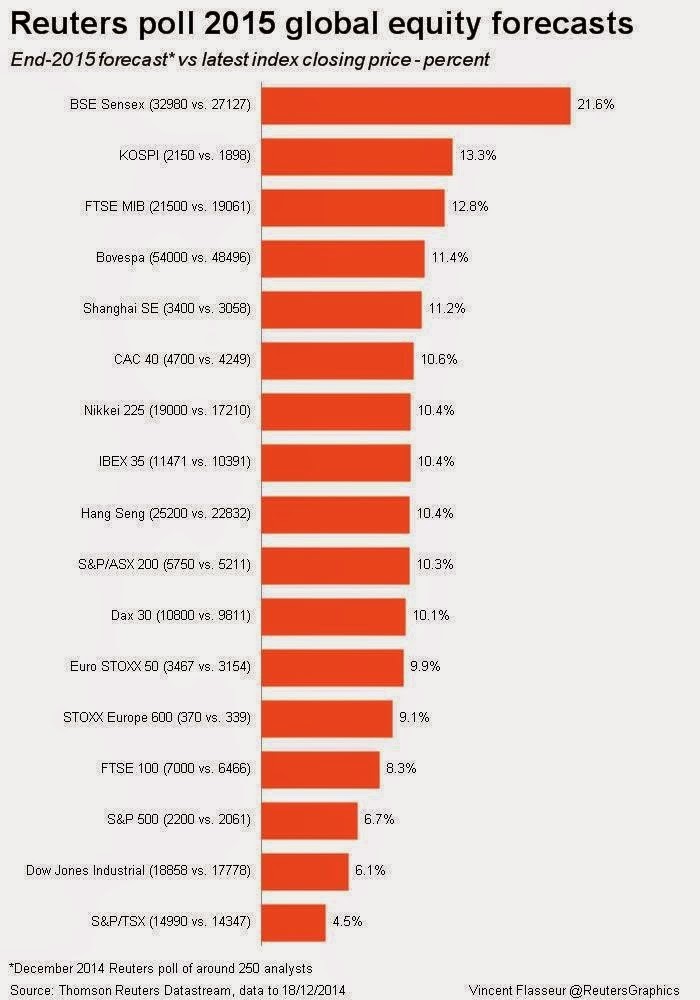 APR Energy - a pre-Christmas profit warning based on continuing trading issues in Libya.  Following a big fall - no doubt accentuated by thin seasonal markets - I bought some stock at the 200p level as I see value.

Gilead Sciences - following a competitor product launch that induced some retail distribution changes the stock fell below the US$90 mark...a level I took the opportunity to initiate a trading position at.

Indivior - the spin-off from Reckitts looks undervalued to me as discussed here.