You know that expression, 'the faster it rises, the faster it falls', well I was reminded about this by the Japanese markets this morning.  Anyone who bought Japanese equities at the start of the year would feel pretty sore now...

In Nikkei terms, watching that 14k index level (and then the 13k index level) is going to be important.  Big day tomorrow then.

Of course all of this is complicated by the Yen.  A small comfort for Yen-denominated holders is that the Japanese currency has risen around 4% YTD.  It does feel as if the Yen and the Nikkei are negatively correlated... 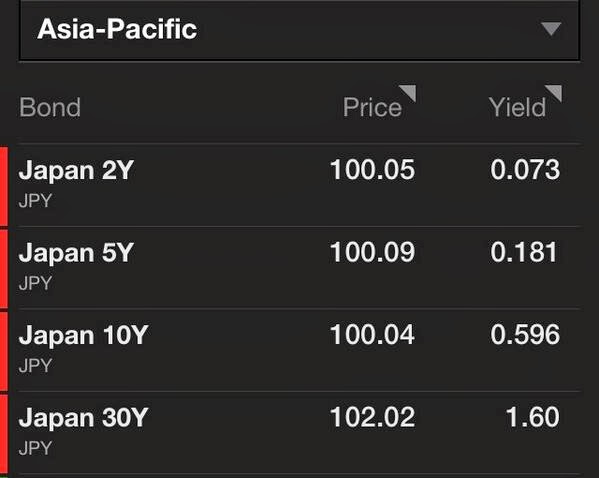 Then to add to the insights, Toyota results (out after the Japanese close)...were actually quite good.  My recent appraisal of Japanese exporters has centred on how much of the improvement in their results has NOT come from foreign exchange factors.  What I like about the Toyota Q3 numbers (their year end is 31st March) is that marketing and cost reduction efforts also contributed.  This is an improvement over previous quarters which were much more FX-centred. 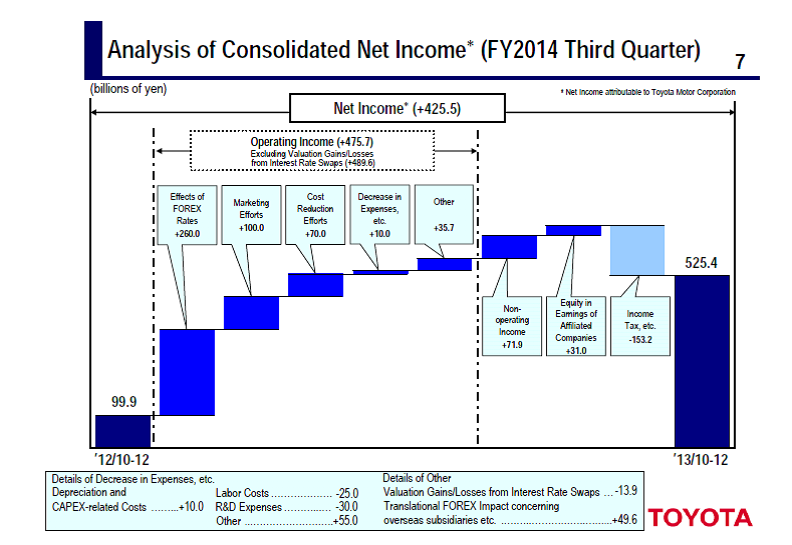 Additionally, company profitability targets were raised...and whilst over 70% was directly attributable to FX rates, at least the cost reduction and marketing efforts did have a positive impact. 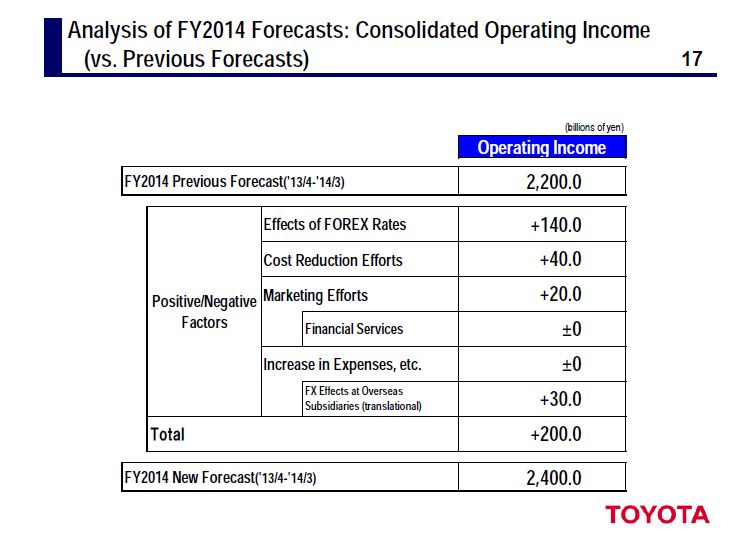 Additionally sales were up in all regions.

Toyota shares are back to June 2013 levels.  Given the Nikkei would have to be at a 13,000 index level for equivalence, I think I know where I see relative value.

Volatile markets can be best exploited at the moment by being specific.  In Japan's case this favours buying Toyota shares over other Japanese asset classes or investment opportunities.