Emerging markets, interest rates and the US earnings season

A few charts and comments that caught my eye this morning.

As this piece discusses the Brazilian President Dilma Rousseff reshuffled her cabinet yesterday.  Additionally she reinforced the anti-inflation focus shown by the current 10.5% interest rates.

Despite these double digit rates it is interesting that the Brazilian Real (shown here against the US Dollar) is approaching the lows seen not only in the middle of last year but also (to the left of the chart) in early 2009.  Big levels for the Real...and for President Rousseff with the World Cup in the summer and a Brazilian general election in October.

Do interest rates support emerging market currencies?  I shared my scepticism with this posting after Turkey hiked rates by five percentage points...and it seems that Amando Tetangco, the governor of the Central Bank of the Philippines shares this view.  Quoted in the Financial Times he said that:

Brave but correct words.  Interesting to compare the Peso with the Real over a 5 year basis...the former has crashed through levels seen last year BUT is below the 5 year low against the US Dollar. 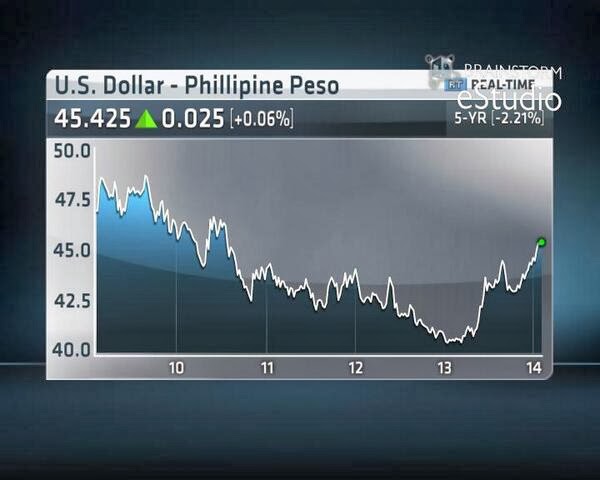 China remains on its New Year holiday but unsurprisingly it leads the rankings of the market value of state-owned enterprises (SOEs).  Equally as surprising is that Germany, Italy and the US all have zero proportions. 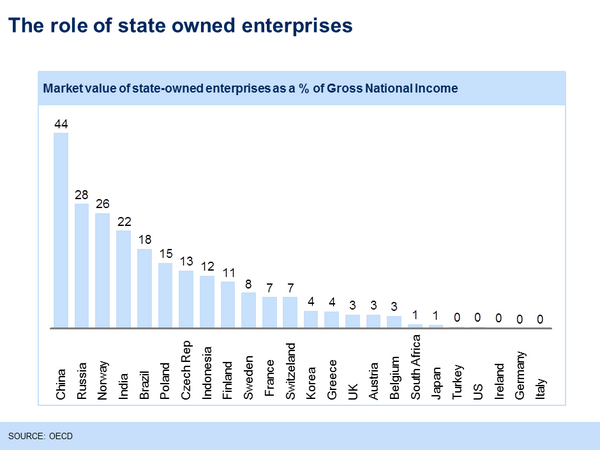 Finally, an aggregate earnings season update from the US.  The usual 60%+ overall earnings beat (lowered expectations pre the start of the season) so far and earnings growth continues to outpace revenue growth. 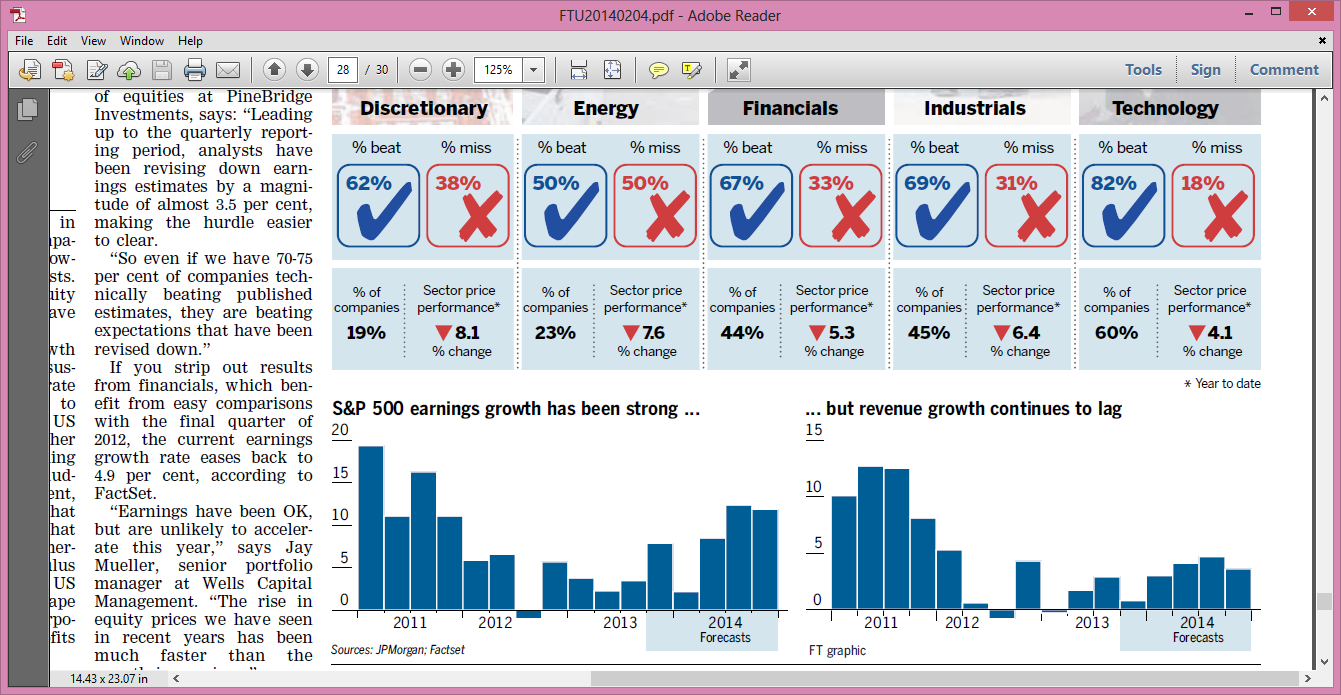