American Express - what a model...but i don't have one of their cards or hold their shares

You have got to say that Warren Buffett can pick 'em.  I am grateful to this link for informing me that Mr Buffett bought American Express shares for the first time in 1964.  He has made a multiple billion Dollar (unrealised) gain since.  What a trade.

American Express is still firing on all cylinders.  Take these three charts from their presentation pack. 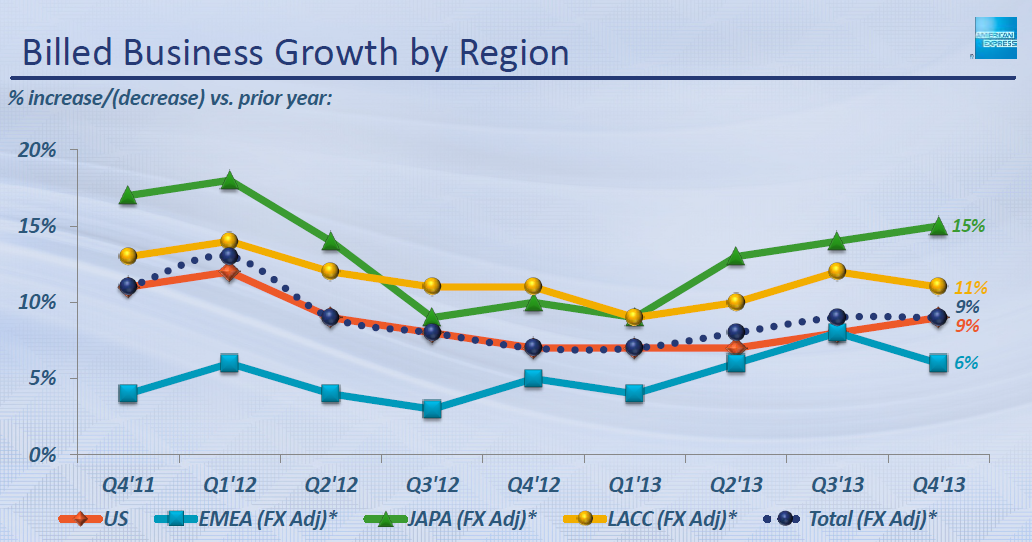 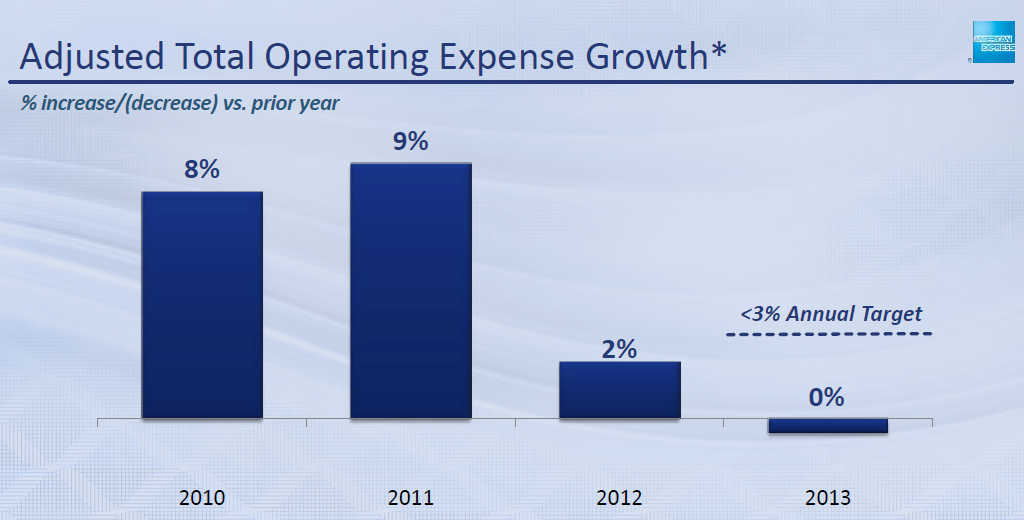 ...and in the last couple of full years, over 80% of the capital generated by the company has been returned to shareholders (via dividends and - mostly - buybacks)

That is a strong combination.  But look what has happened to the share in the last year.  Its near 50% rise has taken the valuation to nearly x5 book for a company that just announced a 28% return on equity.  Or an EV/ebit or P/E estimated ratios of around x16.  That's a full valuation whatever way you look at it.

So I am not going to be joining Mr Buffett on the shareholder list today.  Great model, wrong price today.  As was noted in the link above it is all a question of buying the strong franchises when they are at an anomalous price...for whatever reason.
Posted by Chris Bailey at 13:54