It has been a busy last few weeks.  However in terms of my most popular recent Twitter emails...

This has been the most popular post by me so far in October: 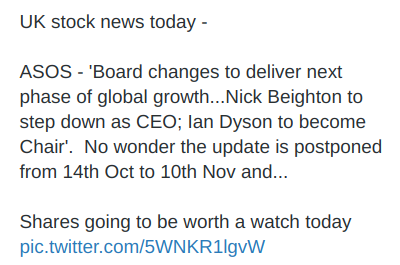 Certainly an interesting subject, which I also wrote about here:

As always, you can find out some summery individual stock views each day, especially when the UK stocks open at 7am UK time.
Also interesting to read my biggest 'media tweet' so far in October.  Got to keep thinking about important macroeconomic matters... 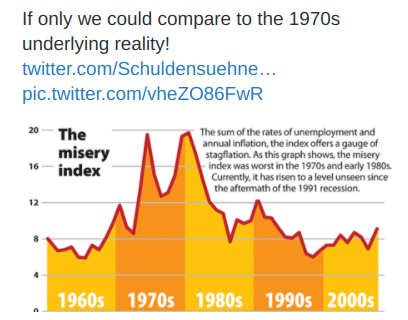 As always the end of October and start of November is going to be a busy period for both the third quarter corporate earnings period and government / central bank updates.  It is far from boring out there over both Q4 and next year... 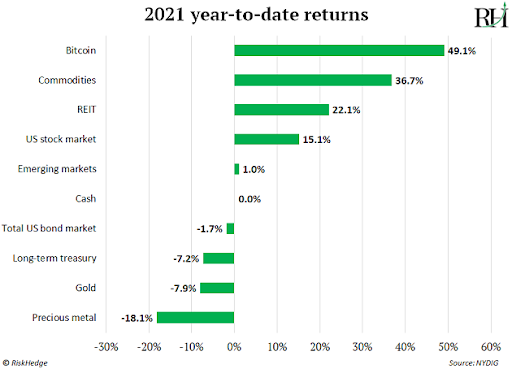 It is nearly the end of August, meaning the return of September is nearly with us or (as I put it in one article I wrote over the last week)...
There are two updates each year which tend to interest the average investor, analyst or fund manager. The first one is the piece of analysis published a few weeks before Christmas focusing on the upcoming financial year. The second one is published about three months beforehand and considers the prospects for the global financial markets after the majority of people have returned from any summer holiday they have been on. Whilst COVID-19-related matters have influenced the last couple of summers, history has given us a couple of regular insights. Despite the average net positive conclusions of either update over the past few decades, they are frequently far from being correct, especially the one published in the weeks before Christmas.
So much more to do over upcoming months including all the above and a lot of fascinating Q3 corporate report data, especially from mid-October.  Interesting times.
As for my most appraised tweet in August so far, unsurprisingly it refers to an interesting large cap story: 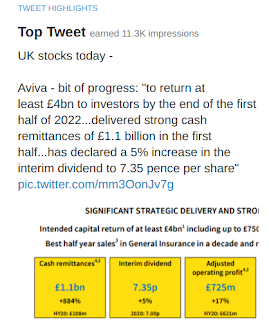 Elsewhere, certainly good to appear on a number of online events...

...and it was good to write a serious of article here, here and here

Posted by Chris Bailey at 20:46 No comments:

What a busy Q2 earnings season!

The financial world has been somewhat busy over the last month or so...such is the excitement of the earnings season however.  As you will note on my Twitter account profile I am getting closer and close to my one hundredth corporate earnings season.  Exciting times! 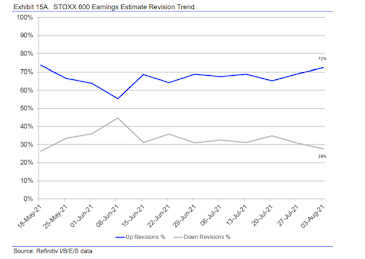 As you can see on my Twitter account, there has been plenty to talk about in the financial markets over the last few weeks.  It was certainly interesting to see that this was my most reviewed email during July... 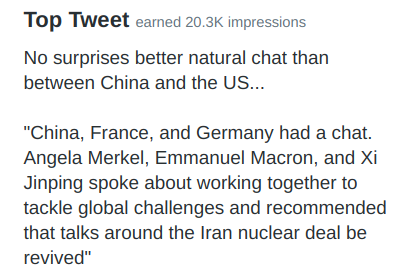 Meanwhile so far in August, my (so far) most followed tweet shifted from the world of geopolitics to the UK stock market (and an opportunity I had written a number of positive thoughts on year-to-date):

Certainly good to see my Twitter progress over the last month...

...and you can say the same about financial markets too!
Certainly good to appear on some discussions about the markets (I am on the left)...

...and naturally writing about lots of stocks too.  In some links I can share with you, recent articles include thoughts on Deliveroo, BT Group and Rolls-Royce which you can read here, here and here.  Two of these I like and one of which I most certainly do not!

So much to think about the current and future investment world.  Going to be a fascinating rest of 2021 and certainly for the rest of the 2020s.  Spot the scope for many changes versus the last 10-12 years? 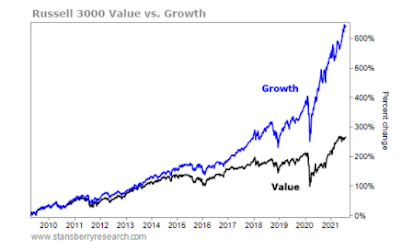 So much to think about...and hence keep up daily with me on Twitter here.
Posted by Chris Bailey at 13:58 No comments: