The price I've noted down to buy P&G stock

I called my last review of P&G 'good numbers but suits income chasing not capital growth investors'.  Since then P&G shares traded initially up...but have fallen back in the last few days (and including today):

So what is going on?  Divisionally Fabric Care, Grooming and Baby/Family Care had net positive volume/price but overall it was a rather dull set of number...until you get to the foreign exchange line.

To get a feel for the impact take a look at the Q2 FY15 (the three month period just reported on) in currency neutral terms... 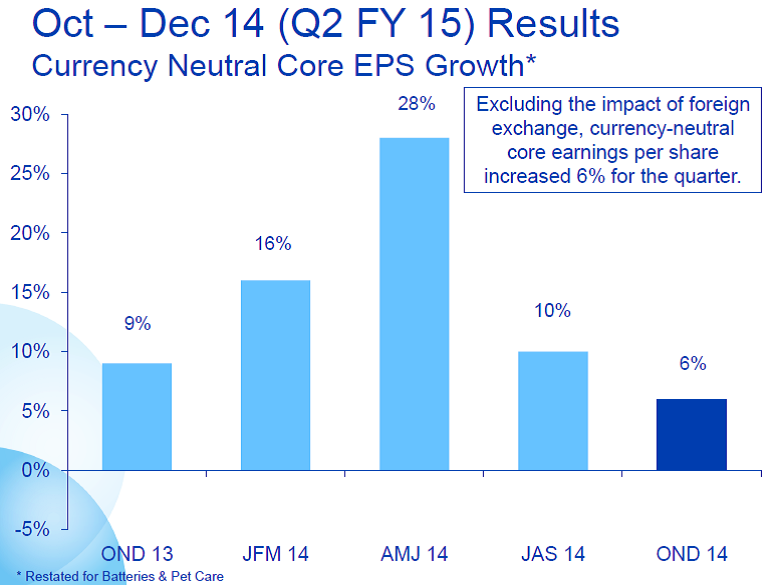 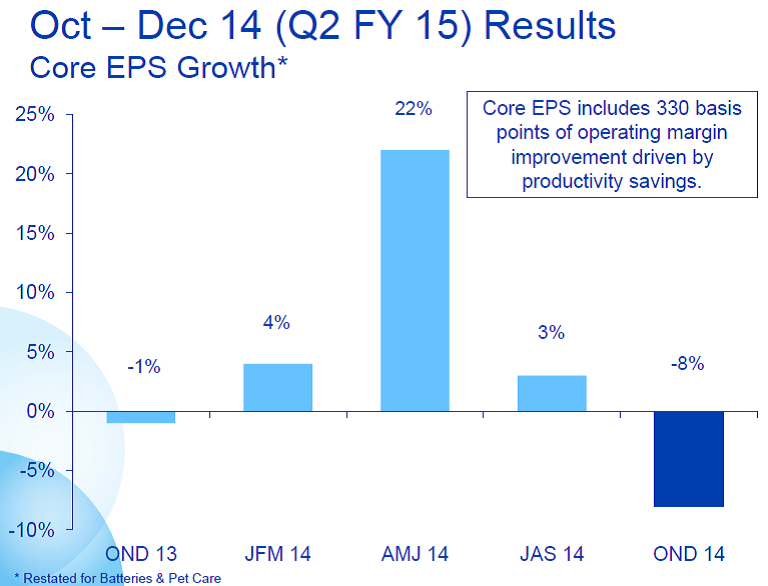 That is quite a difference and testimony to the strong US dollar influences I have noted multiple times recently (including earlier today in my United Technologies write-up here).

So how about FY15?  Well it drags down that core EPS line again (the 'all-in' and 'constant $' measures are more volatile due to divestments and related)... 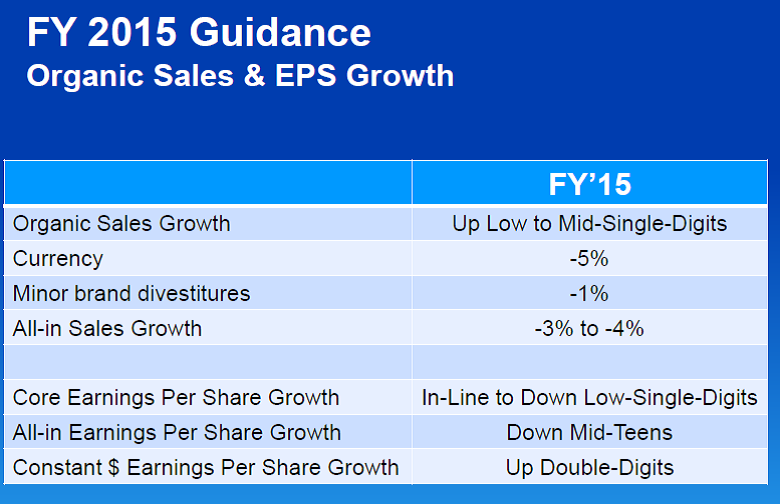 ...but at least the company is returning money to shareholders.  Using the mid-point of the share repurchase guidance this equates to a return to shareholders of around 5.6% of the current market cap (just over half being paid out in a dividend). 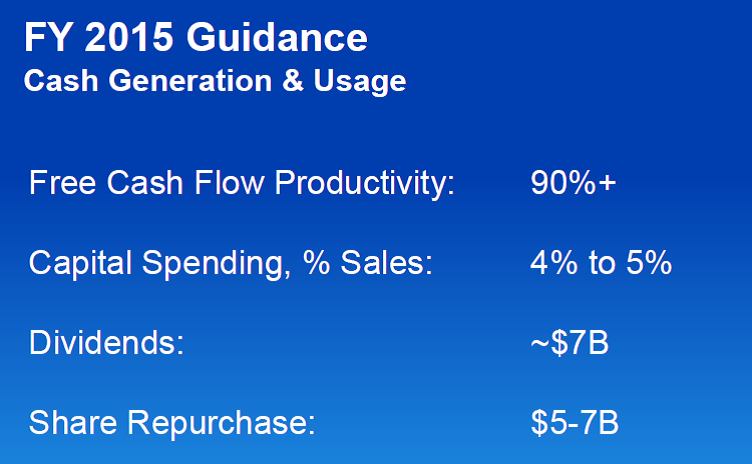 So with the income friendly aspect still established, what about the capital growth biased investor?  With the shares trading at around high x14s EV/ebit for their FY15e, a more reasonable entry point would be sub x14 EV/ebit or a share price around US$83.

Interestingly this is a level which has shown some resistance/support at a couple of points over the last year.

This is the level I have noted down.
Posted by Chris Bailey at 18:34