It has been a while since I last wrote about Mondelez and their range of biscuit, confectionery and related brands on the site - around nine months to be precise. 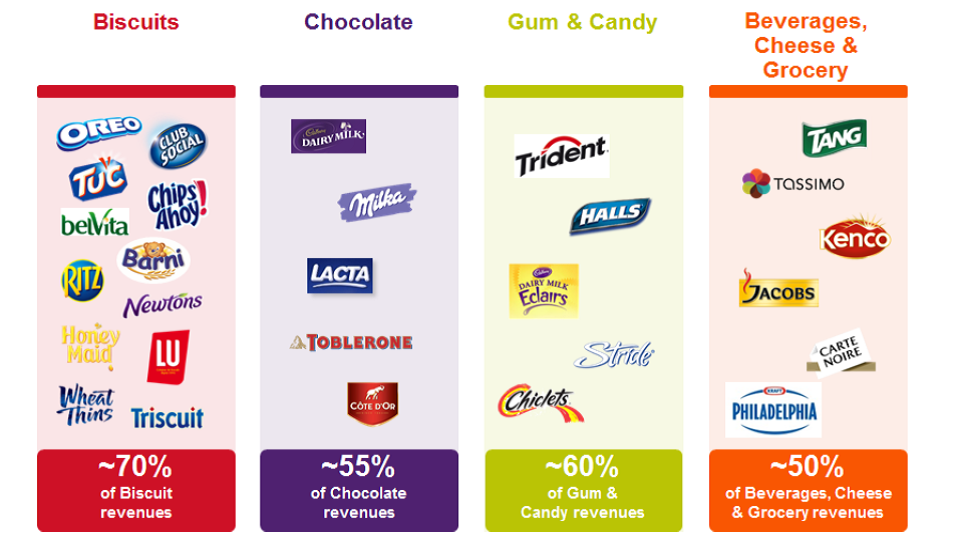 Back in February (link here) I noted that:

'...some good medium-term consumer market exposures and a degree of self-help scope (entrenched by the appointment of Nelson Peltz to the board).  The price is short-term a little full but, for non-holders, c. US$32 and each US$2 below that level provides an opportunity to build a position'  ﻿

Well that US$32 level was an interesting one - it is from there that the share has bounced strongly over the last few weeks:

So what did the latest numbers from the company say to induce such a reaction?  Well, a plain old upgrade centred on the operating margin/income line despite a greater negative FX impact: 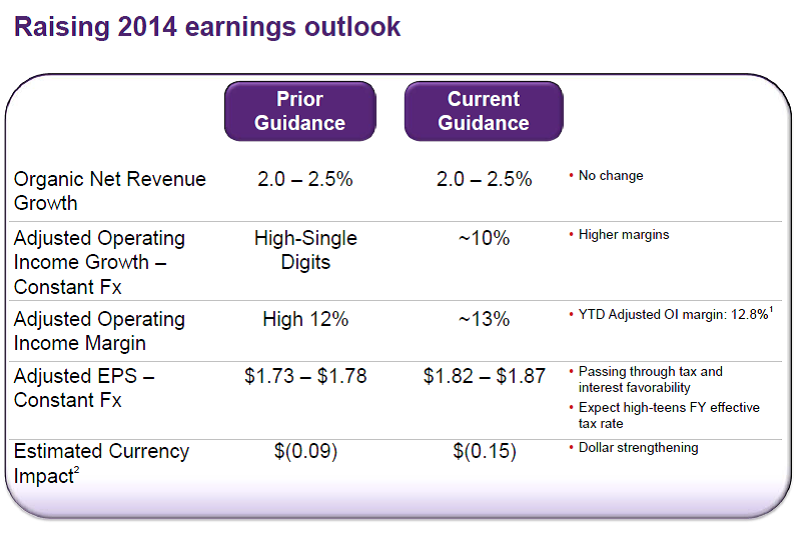 So where is this coming from?  Well geographically there was no particular bias - all regions saw an increase in the operating margin with particularly impressive sequential performances in both North America and Europe. Given the flattish relative to consensus revenue numbers this is all from pricing - impressive.

Divisionally biscuits again was a stand out 'we recently introduced innovations such as Oreo Thins and Mini Oreosas well as new packaging formats to broaden usage occasions') with gum and candy the only organic net revenue growth laggard:

Additionally there was continued returns to shareholders with the full year repurchase/dividend combination equivalent to around 4.7% of market cap - quite impressive.  The free cash flow yield is a little lower than this at c. 3% although with the ND:ebitda ratio of around x2.6 and good trends as noted above I am not too concerned. 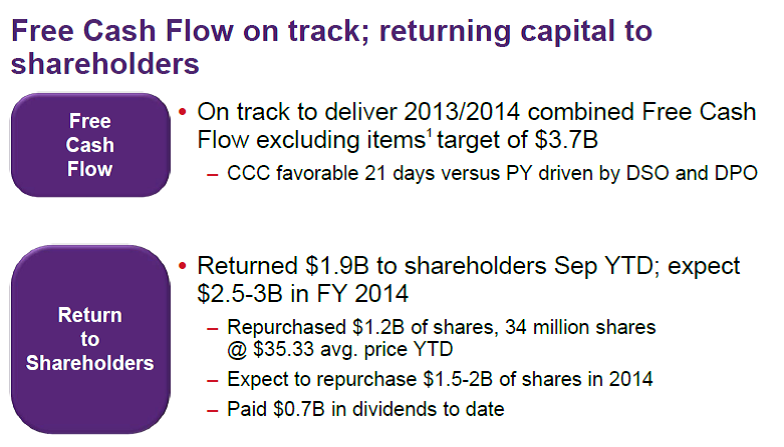 So what about valuation?  Well using the above guidance and rolling it forward another year puts the shares on a forward 2015 EV/ebita multiple in the mid x14s.  Not terrible at all for such brands and apparent momentum driven by pricing.

Based on the business execution I see the 'must buy some' price rises to c. US$35 whilst north of US$40 is probably where some profits should be taken.
Posted by Chris Bailey at 19:09