My top tweets of the year

Nearly the end of the year and fantastic to finally break the 10,000 twitter followers level during 2019.  But - on a month-by-month basis - what have been my top tweets?  Well since you asked...

December was inevitably a UK general election comment, when I tweeted out 'looking forward to the exit poll at 10pm tomorrow' and attached this cartoon: 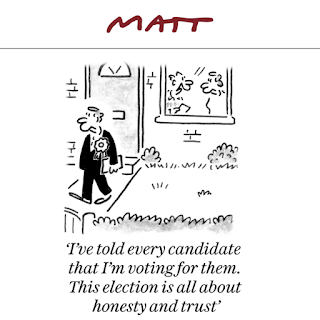 Cutting! (But ultimately the opinion polls faced in the right direction, albeit were a bit conservative).  Now the question becomes just how radical/successful the new government can become...

In November, my top tweet also talked about the UK but was more focused on investor flows when I observed that 'This feels more apt re UK flows than other panicky articles' and attached this graphic. 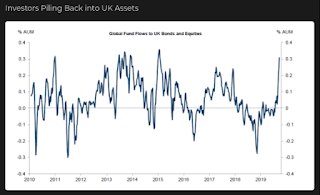 I was a touch early pushing the UK inflow story but - by the end of the year - it had worked out rather well, especially at the stock selection level.  Pleasing!  I think this opportunity set continues into 2020.

Back in October and I observed 'bizarrely this is not progress' and attached the graphic below.  What I was trying to say is that not having a recession is more the presence of omnipresent stimulus (hello QE) than having discovered anything truly economic revolutionary.  Some day - without proper supply side reform - such stimulus will end in tears (or default or inflation or depression). A big challenge for the 2020s! 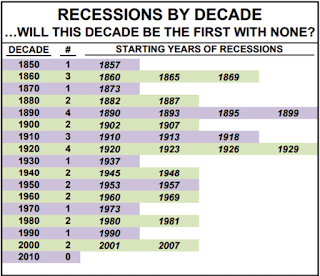 In September it was back to UK politics and an observation that 'There is always value in a broad church - remember when John Major withdrew the whip from some of the 'bastards'? ' and attaching a link to this newspaper front page:

Did this age well?  Ultimately many of the 21 MPs did not come back into the fold but it make little difference to the Conservative victory.  However the notion of a 'broad church' was important during the election and - i believe - will be influential in 2020.

How about the deep summer in August?  Well it was all about a big economic symposium held during the month and the lobbying by the US President for imminent interest rate cuts, when I wrote 'The pre #JacksonHole cacophony...' and attached this: 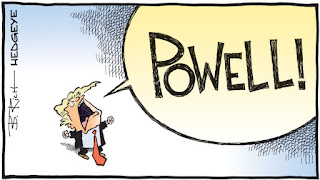 Well, many have pointed to the US interest rate cuts later in 2019 as influencing the positive/powerful end to the year.  My observation though is that the Federal Reserve have become much more coy on cutting interest rates by the December meeting...and guess who has an election to win in 2020?!

In July I observed 'Hmm!  Still only two places in the world where my phone has had a melt down / behaved very weirdly.  Bet you can guess which countries! Maybe though i should be more worried about stuff i cannot see/sense...' and attached this link.

(and those two countries: China - no surprise given the article - and Israel.  Make of that what you will!)

Back to June and it was all about the learnings from a big UK equity fraud called Patisserie Valerie with this link to an article written by the big shareholder/chairman.  I observed via twitter: 'What a read "I was unaware of fraud. My life will always be influenced by Patisserie Holdings, but does that mean I should give up my 35-year career in business? For all these reasons, I will also resume my column in this newspaper from next Sunday" '.  Well done Luke Johnson for coming back fully and facing the music of your bad call and inability to spot someone else's fraud.

In May it was all about the ongoing US-China trade war and I was nailing my colours to the optimistic side of the debate with observations such as ' "The most important near-term indicator to watch, according to Goldman, will be whether the large delegation of Chinese officials comes to Washington on May 8, as scheduled" - not long to find out!  My thought?  A bit of positioning...'  and a link to this article.  Such optimism ultimately proved well-founded.  Plenty still to watch/anticipate on the trade front though in the 2020s.

Turning to April and it is all about spending...or in reality the need to spend better.  I looked at a new IMF publication and observed: 'Now this is going to be a big 2020s debating point...I'm all for less/better spending FWIW, a point even some populists get' 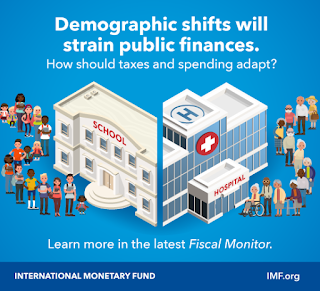 Back to March and my most popular tweet came from my regular weekday short appraisal of UK regulatory news statements when I made an observation about a well-known but struggling UK online clothing retailer: 'UK RNS today #2 - ASOS - holding guidance (sales growth 15%, ebit margin 2%, net debt £50m) although notes France/Germany still difficult and will be increasing marketing spend there.  Believe generally stronger H2 will allow them to hit the guidance'.  As always on my twitterfeed, it is about BOTH macro and stocks (and everything inbetween).

In February my most popular tweet was to one of my regular (most Thursday's) VOX Markets podcast appearance, noting 'As always a pleasure to appear!' to this link: 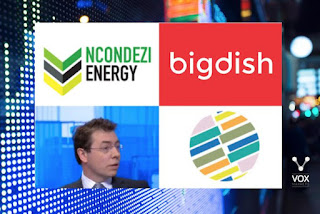 Interesting to listen to my pessimism on stocks such as Metro Bank which ended the year much, much lower.  Good call!

And in January my top tweet was this one - funnily enough, still a debate we are having in December 2019 for the 2020s (my money remains on the emerging markets by choice). 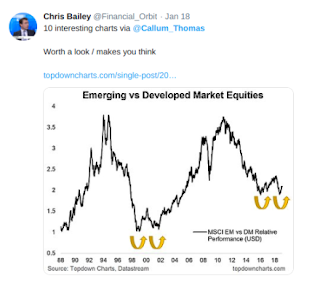