Got to start with the Brexit shenanigans.  From high hopes of a deal to a more
uncertain future in just a few days...and now stories about an early election
over the front page of The Sunday Times? 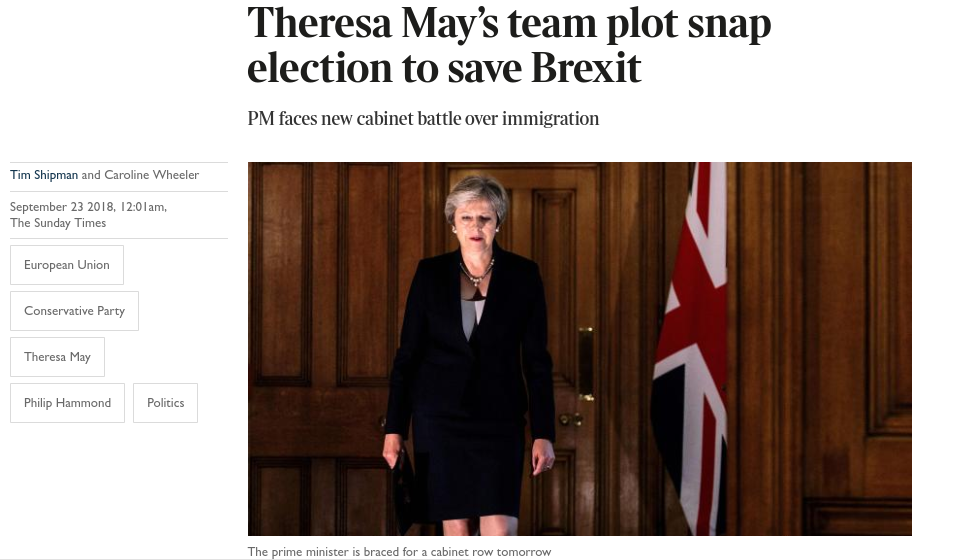 A snap election in November?  Get the two big party conferences over first and
have a deep, long think about it.  But digging into the detail of the article, a June
resignation post some kind of Brexit deal (or not) a more likely scenario. Meanwhile...
it is not all over on the Brexit debate.  Whilst there may be some red lines...

...there was also a somewhat more measured than a certain instagram post were
Donald Tusk’s Friday evening comments, from which I thought the key insight was:

"While understanding the logic of the negotiations, I remain convinced that a
compromise, good for all, is still possible. I say these words as a close friend of
the UK and a true admirer of PM May"

As the cartoon below notes, time is running out...but I would still back a deal with
a transition period to occur...and then whilst the fine detail is worked out, the
excuses can stop and business and governments have got to just get on with it… 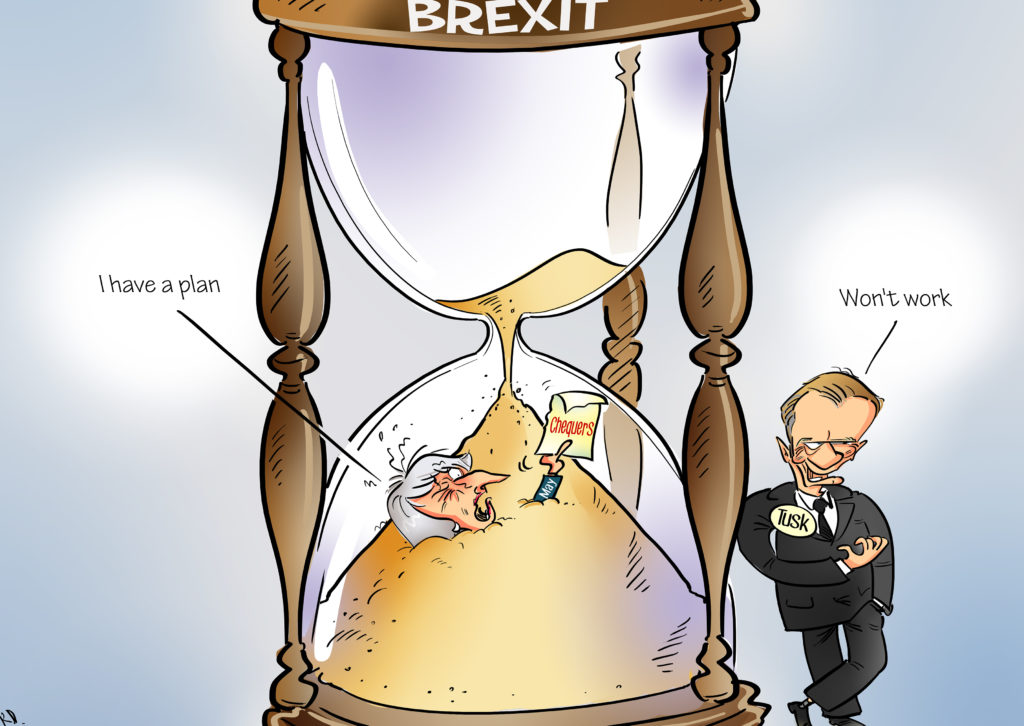 So what is happening in the biggest trade talks out there: China and the
US?  Still the fear of the scope of lots of additional tariffs: 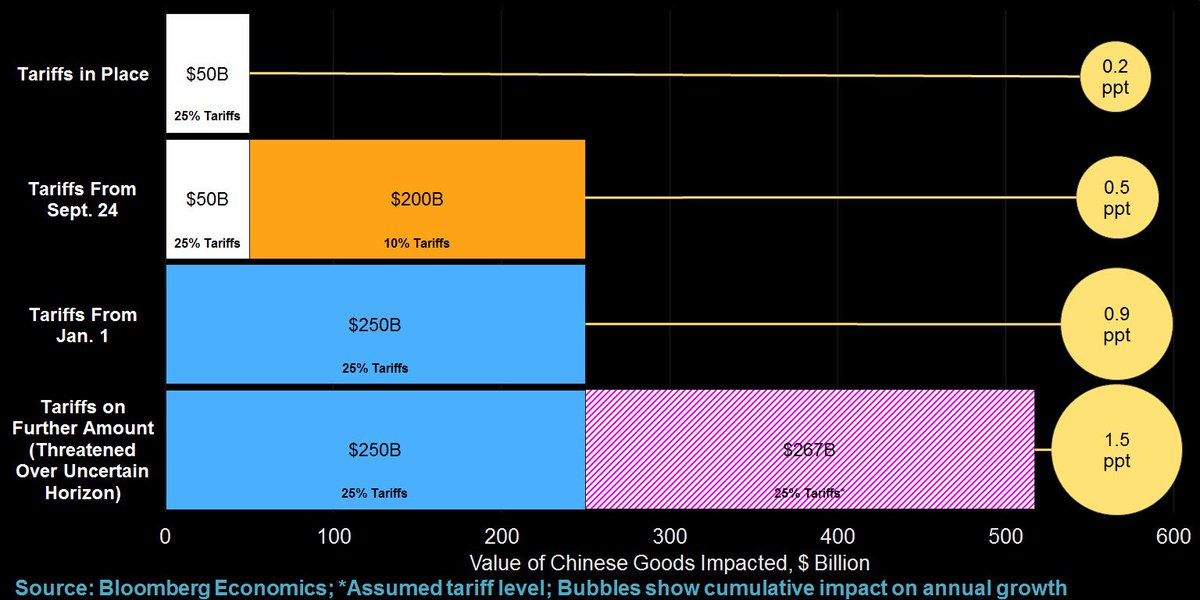 I liked this piece and thought the key insight was:


‘Chinese officials believe that, even if China has greater long-term economic
vulnerability than the US, Trump has greater near-term political vulnerability
than Xi. China’s president has no congressional majorities at stake this fall
and no re-election campaign to prepare’