Well...who would have thought Germany would be having a political crisis?

As today’s Sunday Times put it: 'The powerful centre-right alliance of Merkel’s CDU
and the CSU... has survived since the 1940...but for the far-right AfD party has put
at risk the CSU’s prized absolute majority in Bavaria’s parliament'

Crazy times...as nicely captured by the Der Spiegel cover below. 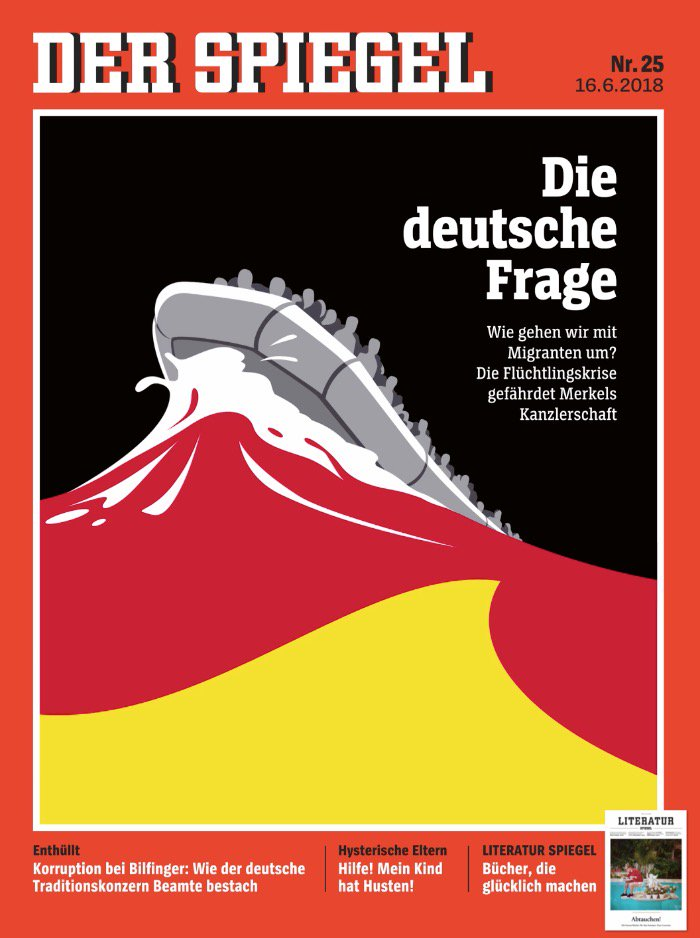 But is all of this just short-term positioning and could there be a solution?
As one of the key protagonists noted...(link here).

“The cohesion of Europe is at stake as well as the cohesion of Germany.
The situation is serious but it can be overcome,” Seehofer wrote in a guest
column for the Frankfurter Allgemeine paper which was published on Sunday.
He reiterated that he wanted the right to turn people away from Germany but
also stressed he wanted a European solution

And look at Macron...he is certainly not without ambition:

And merge this with enthusiasm towards the euro still and fears about
the imminent death of the current Eurozone set-up are hugely overstated
n my view.  However that is not to say that change and reform should not
be happening...and that’s where the end of June EU Summit comes into play:
more hope, cohesion, regional distribution spend etc.  ‘European solutions’
as noted above... 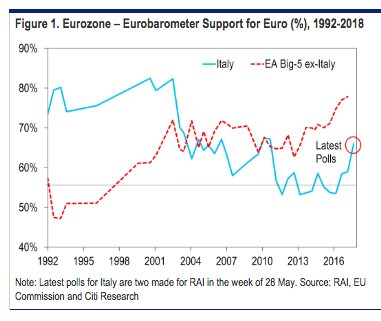 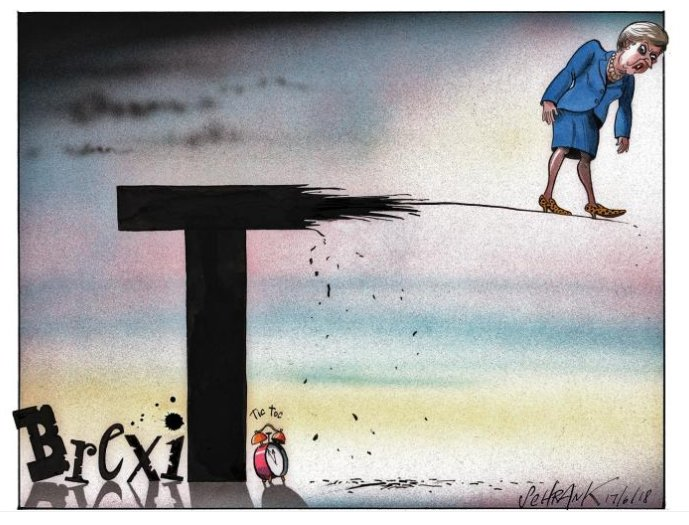 To read the rest of Stories we should be thinking about click HERE.