Let’s start in France…and the country’s new President Emmanuel Macron says the EU will be 'reformed and relaunched'.  Good – and essential – sentiments… 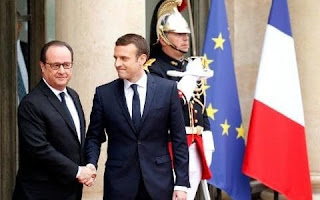 …from a man who is close to the median age of his electorate: 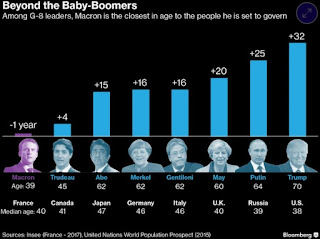 …so slightly worrying to read on the front page of the Weekend Financial Times that he a be struggling to put together a domestic Parliamentary constituency:

‘Emmanuel Macron, France’s president-elect, suffered a setback in his push to renew the country’s political system after a key political ally claimed he had broken a deal to share out seats in next month’s parliamentary election.

Mr Macron’s party La République En Marche on Thursday unveiled a list of 428 candidates for the National Assembly elections…The list prompted a furious reaction from François Bayrou, a veteran centrist who backed Mr Macron at a critical moment in his presidential campaign. Mr Bayrou said the list was just “a recycling operation of the Socialist party”, and accused the incoming president of betraying a pre-election pact’

He is going to need to also get the help of the European paymasters…the Germans.  And on that front…

You can read all of Stories we should be thinking about for free by clicking here.