All eyes this weekend on the Chinese National People's Congress but so far no great surprises on the various targets outlined:

Consumer price index target of about 3 percent increase was unchanged from last year;

So all very unexciting.  Of course the key is the continuing supply side reform where as this wonderful picture via @TomMackenzieTV highlights the Chinese leadership went all colourful in their use of language ("from chrysalis to butterfly") but importantly did note that this is 'urgent, formidable and complicated'.  Great to see such focus/interest: 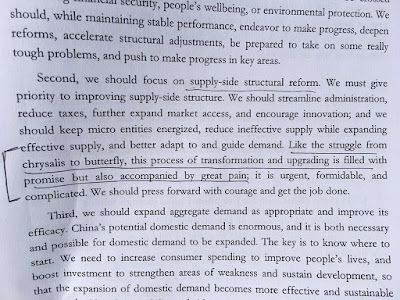 Of course that does not mean there are not some formidable challenges, for example this on the still ultra-high level of wealth among the ruling classes in the country...

The fortunes of the richest 100 members of China's parliament and its advisory body - all dollar billionaires - grew about 64% in the four years since Xi Jinping rose to power, according to data from an organization tracking wealth in China. Xi has overseen a crackdown on corruption and decadence, and made the fight against poverty a top priority after becoming president in 2013 (link here).

...or the chart below highlighting how Chinese banks have grown and grown... 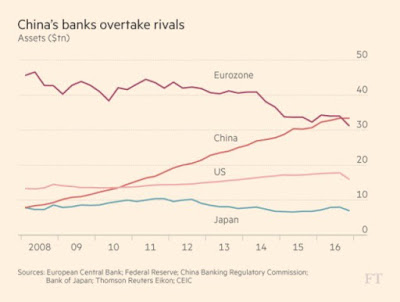 My view?  I think China muddles through and that is a positive (net) for the world.

And then there is policy relations with the US.  Fascinating graphic below highlighting that China is probably not a currency manipulator using the US Treasury's own criteria.  I would agree with this... 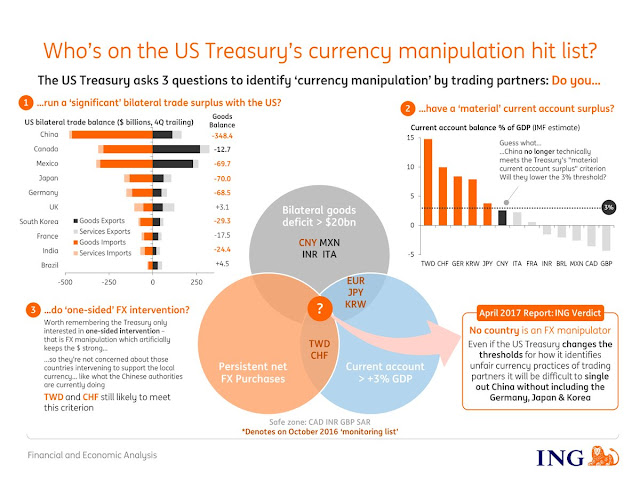 ...and I think a pragmatic Donald Trump (as per his Joint Address to Congress) would agree with this.  A non-volatile yuan in exchange for some efforts by the Chinese to ensure trade dumping comes under control?  That would work... 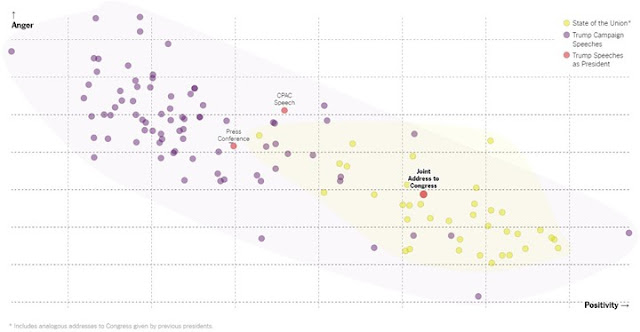 So how about the US economy then?  Well as @boes_ observed it depends whether you look at the 'hard' or the 'soft' data... 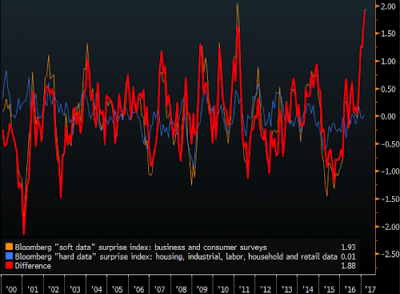 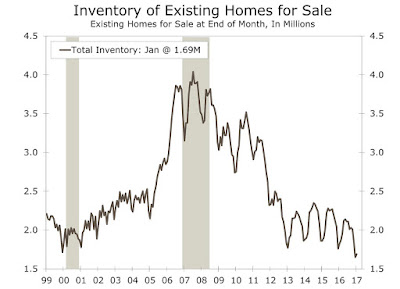 ...and of course the US equity market remains pretty excitable... 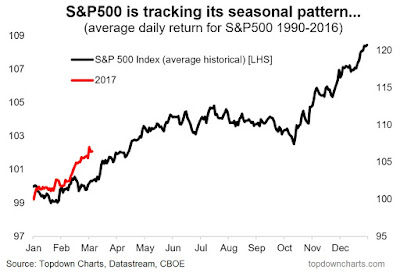 ...but the bond market remains pretty pessimistic as per this Financial Times chart below.  As I noted on Twitter:

'10-year Treasury forward contract..lately the measure has flatlined at about 3.6%'. Either growth 1%ish or inflation well <2% or bonds high 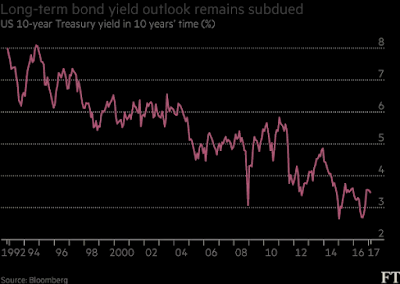 Give me a selection of actively selected equities versus bonds still at the moment.  One of the reasons for this of course is that I do see a little bit of inflation out there at the moment...and on this front a nice link here: 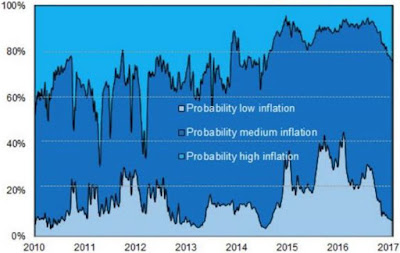 Shifting now to Europe and regarding the Presidency bid of centre-right candidate Fillon 'an Ifop poll of 1,002 people published on Saturday showed 71 percent of French voters want him to quit the race, up six points from an identical survey on Feb. 19' (link here).

Yes...looks like a two-horse race now with Macron in the lead: 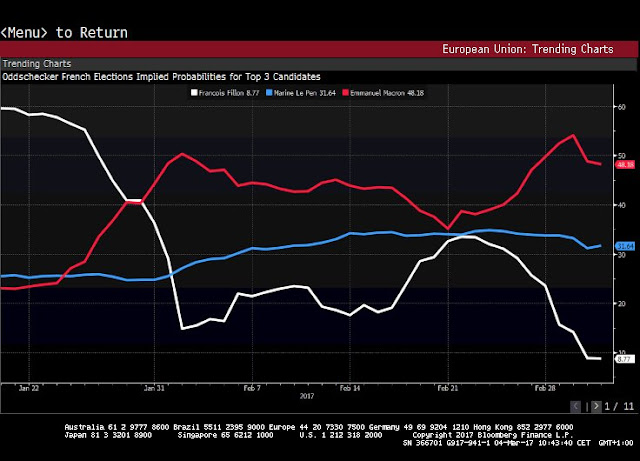 Well of course with all these 2017 political elections, Draghi is not going to move on toning down ECB stimulus until probably 2018.  Fascinating link here 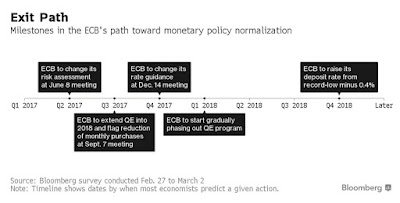 For once I would agree with consensus data here: 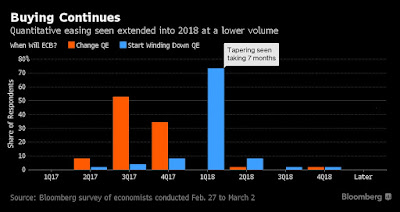 Some fascinating UK economy/Brexit headlines around this weekend.  I saw this in The Sunday Times about the need for the upcoming UK budget to be suitably prudent (which I would agree with):

"While we are making steady progress in eliminating the deficit, there are still some voices calling for massive borrowing to fund huge spending sprees,” Hammond wrote. “That approach is not only confused, it’s reckless, unsustainable and unfair on our young people, who are left to deal with the consequences.”

A nice piece here  on the latest twists and turns in the Brexit negotiations which concluded:

I agree...not only is there a lot at stake (see the potential jobs impact in just investment banking below) but the key is being flexible and pragmatic.  I still think we will end up with much of the same legislation as we have today (just after a lot of angst in the interim). 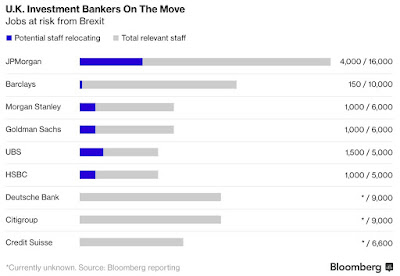 And finally for this section...why Dubai has an ideal location: 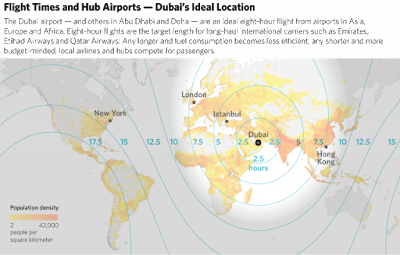 Earnings season rumbles on...but fewer 'big names' reporting in the US as shown below: 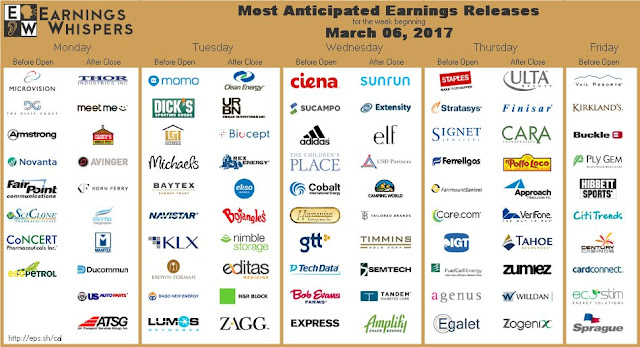 As far as the US earning has gone, unsurprisingly the old adage of beating lowered expectations has worked... 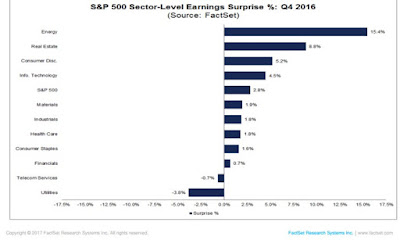 Of course positive earnings is not yet something that Snap can achieve...but at least it marked a return of tech IPOs... 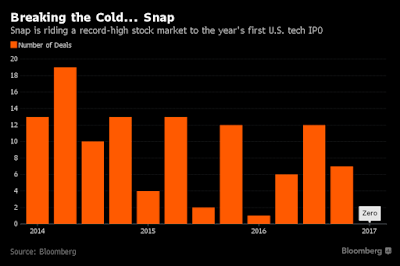 ...and we have seen bigger first days: 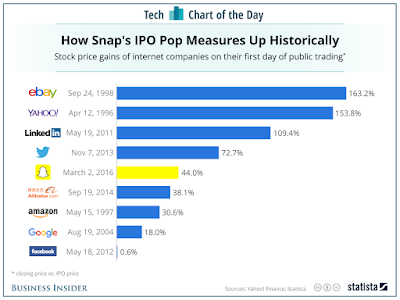 You can read my own views on Snap and IPOs in my latest Yahoo Finance column here which is titled:

Snap, IPOs and the FCA

Meanwhile on Friday night, Deutsche Bank confirmed that it is doing “preparatory work” for a roughly €8 billion (about $8.5 billion) capital increase. The German lender has been sounding out investors about a potential multibillion-dollar share sale, people familiar with the matter said.  Tapping a better /stronger stock market?

I liked this economics-led insight from the WPP numbers on Friday... 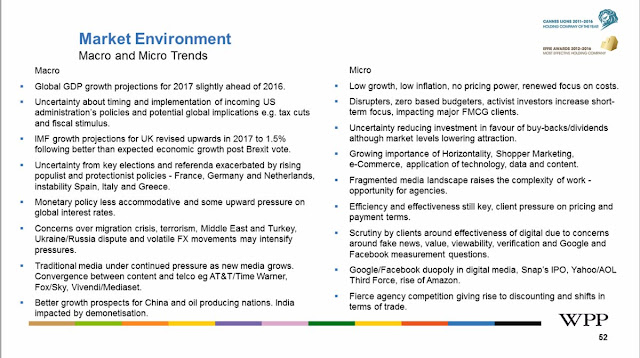 ...of course advertising has gone increasingly internet-centred in recent years: 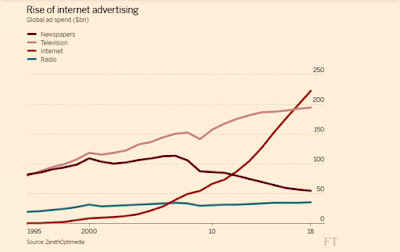 Wow!  Look how polluting a VW diesel car could be: 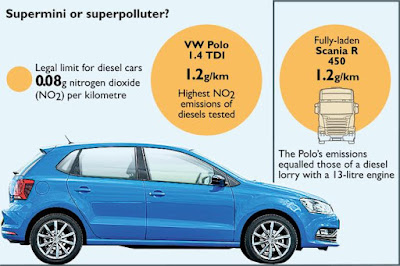 And a few other stories from today's Sunday Times include:

Aberdeen Asset Management, has struck a shock £11bn mega-merger with the FTSE 100 insurer Standard Life…making it the biggest active investment manager in Britain and the second-largest in Europe. Standard Life shareholders will own two-thirds of the enlarged group, with Aberdeen’s investors holding the other third.  My view?  Consolidation continues in fund management...deal timing is not bad given I believe the prospective rise of active management again.

BT Group is close to appointing its new chairman, with City veteran Jan du Plessis said to be the frontrunner for the role...Du Plessis, 63, a charismatic South African, has been chairman of the mining giant Rio Tinto since… He was also chairman of the brewer SAB Miller, handling its controversial sale to Anheuser-Busch InBev, the Belgian-Brazilian beer giant.  Sensible appointment if true.

Morrisons is expected to announce an increase of almost 11% in annual profits this week as its recovery takes hold. The forecast is for £335m of pre-tax profits, against £302m last year, with like-for-like sales up 1.6% at the chain, which recently launched a new line of childrenswear. The numbers are a further boost for its chairman Andy Higginson and chief executive David Potts, who are trying to turn around the supermarket after years of falling sales.

Insurance giants Aviva and Legal & General are set to unveil a boost in profits and ramp up dividends. Aviva, Britain’s second-largest insurer, is tipped to report a £2.8bn profit — an 8% increase on last year’s total. Analysts expect the FTSE 100 giant to boost its payout to shareholders by 15% to 23p per share.  Good news...as I own some Aviva stock...

For everyone on the buy or the sellside...