Musings on the UK budget and corporate earnings trends

You can read this here.

Next up I appeared on Share Radio musing about Europe and macroeconomics:

British citizens should be able to keep various benefits of EU membership including freedom of movement after Brexit, the European parliament’s chief negotiator has said. Guy Verhofstadt said Britons could be allowed to keep certain rights if they applied for them on an individual basis. “All British citizens today have also EU citizenship. That means a number of things: the possibility to participate in the European elections, the freedom of travel without problem inside the union". Joining Nigel Cassidy is Chris Bailey, Founder of financial orbit to discuss today's top finance news.

You can listen to this here.

Finally I appeared on the Vox Markets podcast: 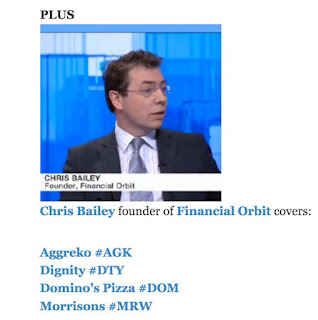 You can listen here.