...but excitable market at the moment: 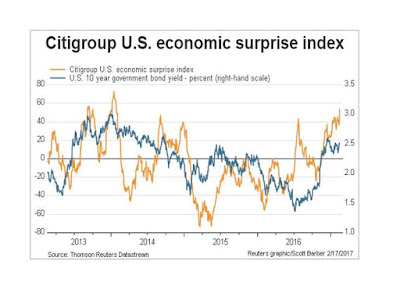 ...but as shown by this great chart via @Callum_Thomas, surely the VIX cannot adhere to the normal seasonal pattern and go deep (as per the left hand side) into single digits?! 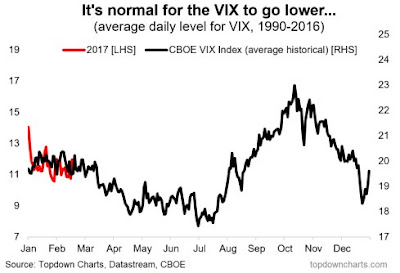 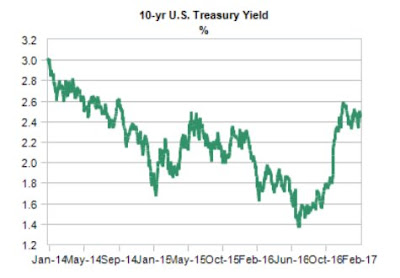 Remember that chart from last week's Fund Manager Survey document?  Sub 3% I would agree is ok... 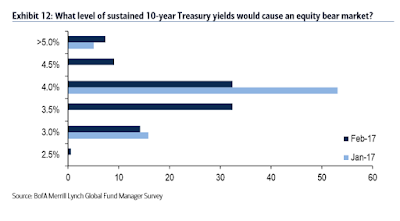 ...of course inflationary pressures are rising as per this link here (and nice chart below): 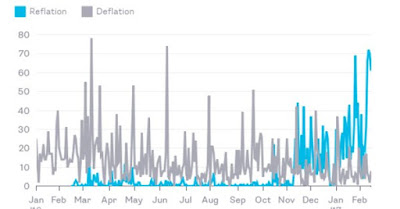 Meanwhile in Europe...some fascinating polling data in France.  Clearly a lot riding on 'anyone' beating Le Pen in round two... 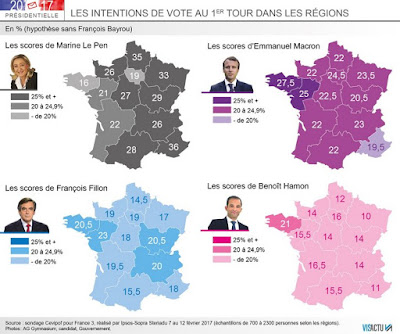 ...and not easy in Germany too for Mrs Merkel's ruling CDU: 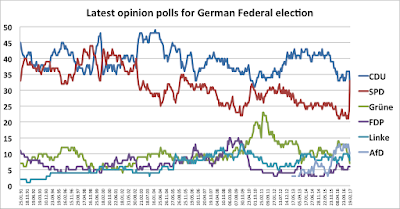 And talking about Mrs Merkel:

"We have at the moment in the eurozone of course a problem with the value of the euro," Angela Merkel told reporters at the Munich Security Conference.

"The ECB has a monetary policy that is not geared to Germany, rather it is tailored (to countries) from Portugal to Slovenia or Slovakia... But this is an independent monetary policy over which I have no influence as German chancellor."

So why does Germany still love the Euro?  Well of course it is because the currency is cheap for a highly productive country like Germany and hence helpful for the country's exports at the moment: 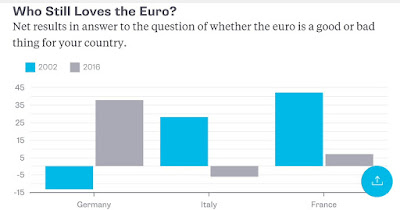 Meanwhile this from the Financial Times on Brexit:

'The EU’s Brexit negotiators expect to spend until Christmas solely discussing Britain’s divorce from the bloc, denying London any trade talks until progress is made on a €60bn exit bill and the rights of expatriate citizens...A narrow divorce-first approach favoured by Michel Barnier, the EU’s chief negotiator, would represent a big setback for Britain’s aim for a fast-track EU trade deal, completed by the end of 2018'

Quelle surprise. & then the 2 year deadline gets extended to 3 as lots of new legislation for Brexit looks kind of akin to what exists now!

And talking about the UK economy and this chart below I observed:

Oh well could be worse, could be 2011-13 again. More interesting is to contrast valuations today of consumer names with valuations back then 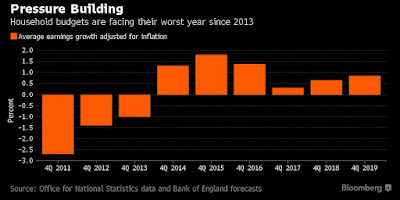 And you want some more views?  Well my latest Yahoo Finance piece entitled...

Also you can listen to my latest presentation here at a conference in Cardiff yesterday which I titled the 'Mad, bad and opportunistic global stock markets'.

And finally for this section a great piece on robotisation: 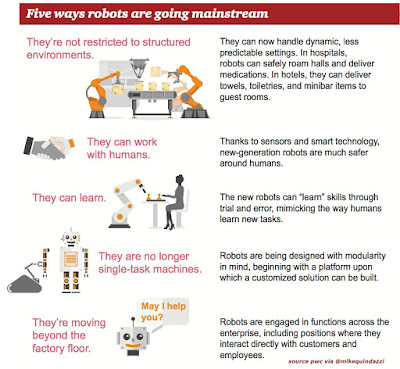 Busy earnings week awaits again (but not as busy as a few weeks ago thankfully): 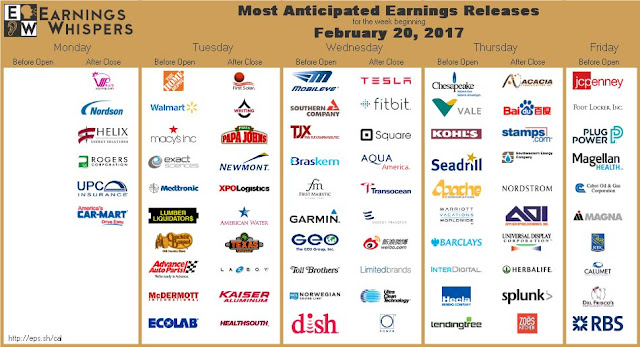 Nice summary on earnings season here (h/t @jiabaochina for highlighting it) which includes the observation that:

More than 80% of the S&P 500 has reported earnings this season with gains tracking at 4.6% from a year ago, in what would be the first two season of consecutive year-over-year earnings growth since early 2015

Yes, lots of retail focus this week:
As for aggregate earnings...getting better: 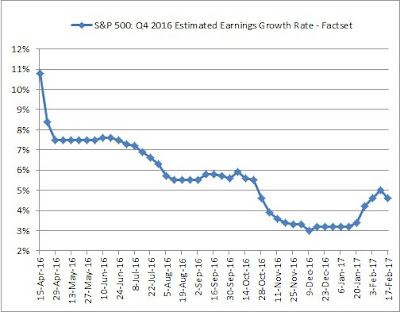 Kraft Heinz Co. withdrew its $143 billion bid for Unilever two days after the approach became public amid stiff opposition from the Anglo-Dutch target to engage in discussions.
“Unilever and Kraft Heinz hold each other in high regard,” the companies said in a statement Sunday. “Kraft Heinz has the utmost respect for the culture, strategy and leadership of Unilever.”

Well that's interesting...my view is that Kraft Heinz are playing a long game.  They will be back at some point.

Apparently UK financial RBS’s aggregate losses since the 2008 crisis, which triggered the bank’s collapse and taxpayer bailout, have ballooned to more than £50bn (link here).  Yes, it has been underperforming.  I still like it here. 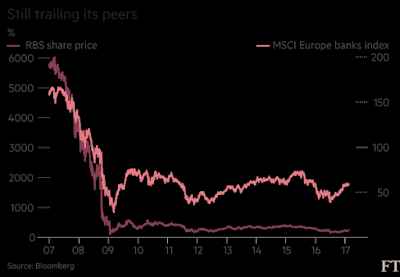