What a last week, eh?  At last count Friday closed with... 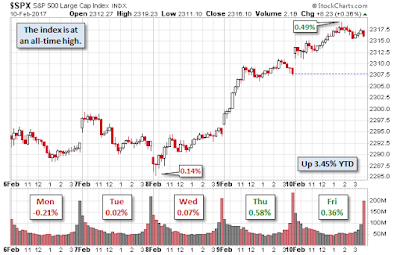 But in this chart from @KurterOzde's very insightful weekly macro (link here) shows the real debate in the world today...that rising gap between uncertainty and low volatility in markets: 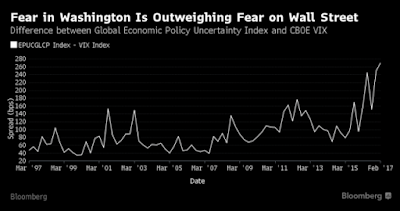 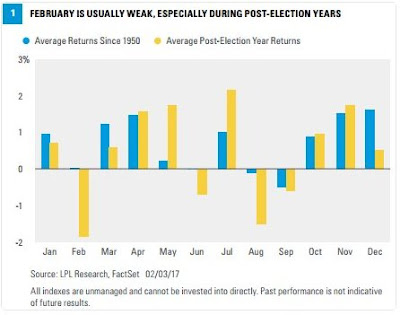 Thoughtful historical review article here on how the evolution of the British Empire may provide some insights on what to do in the Brexit negotiations.

And my favourite line?


And I am also not surprised that apparently: 'Just 35% of the public said they backed Britain leaving the EU without an agreement with other states' (link here).

Onto other European matters and this on Greece here  is fascinating:

'Tsipras said that bailout talks would close positively, but that he wasn’t sure if the fund would have a central role' 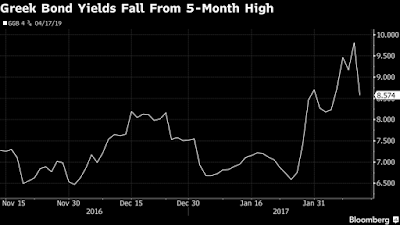 Ha, someone's not going be re-elected too... 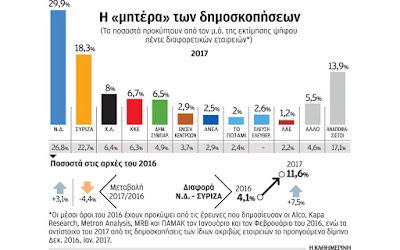 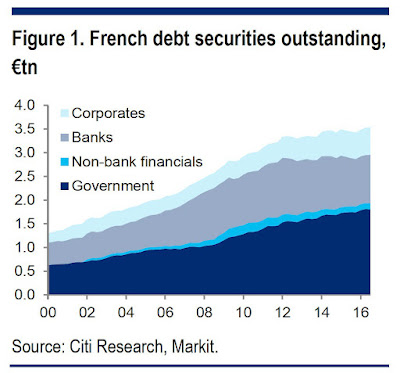 ...has led to wonderful observation about the relative attractiveness of Unilever versus French government bonds: ' Do you prefer Marmite debt over La Belle France?' (link here)

BUT European stocks are cheap.  As I observed on Twitter earlier in the weekend:

You have always got to love 40+ year long charts 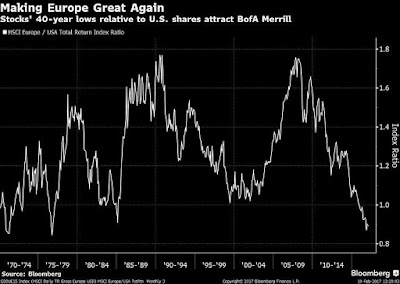 You know my view, as expressed in my most recent Yahoo Finance column (link here)

Populists are not going to crash and

Meanwhile talking about populism, I thought this was kind of interesting from Europe's most traditional country on not having lower corporate taxes:

'Switzerland’s attempts to overhaul its corporate tax regime have suffered a setback after voters decisively rejected reforms to bring the country’s practices in line with international standards.
The government had hoped to secure approval for changes that would keep corporate tax rates globally competitive while abolishing special treatment for many multinational companies.
In a referendum on Sunday, however, the plan was rejected by 59.1 per cent of voters — a much larger margin of defeat than opinion polls had suggested' (link here).

So how about global markets...well I do think it is healthy that the US dollar positioning has fallen recently...I still note the big net long though and hence I stick with my view that better global balance via a lower dollar is likely: 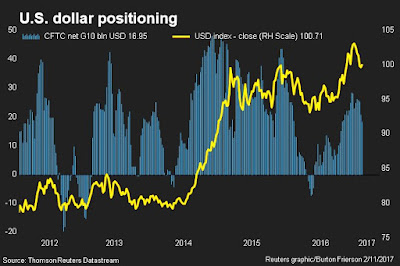 Yes, I still prefer equities given where bond yields/spreads are.  More relative idiosyncratic value in the former... 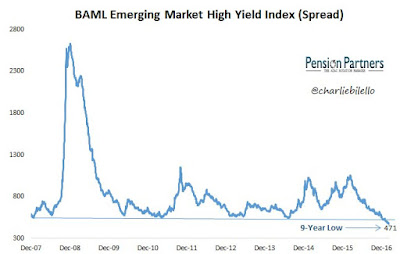 Especially as dispersion is rising as correlations fall in this nice chart cited by @Callum_Thomas: 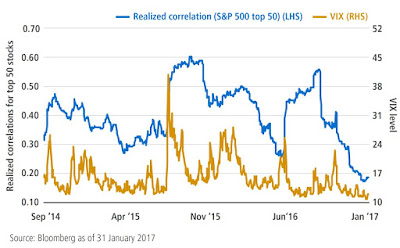 Who is paying their way in NATO? 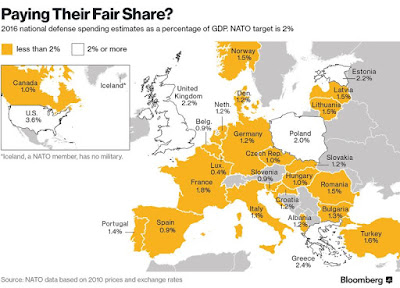 Big themes out there in the world for 2020: which one do you like? 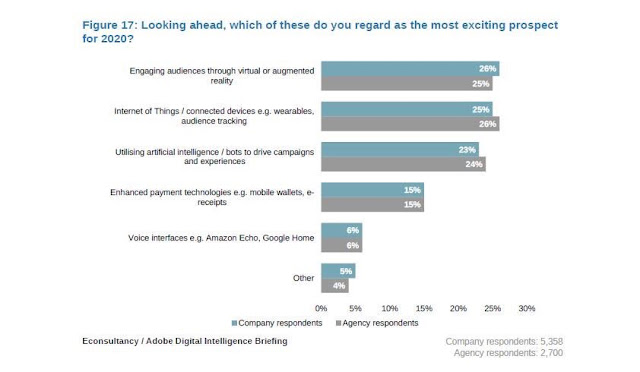 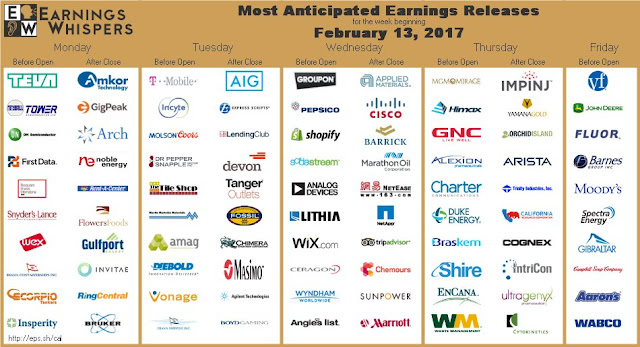 Wow, via @PlanMaestro fascinating insight into how energy earnings drag can impact: 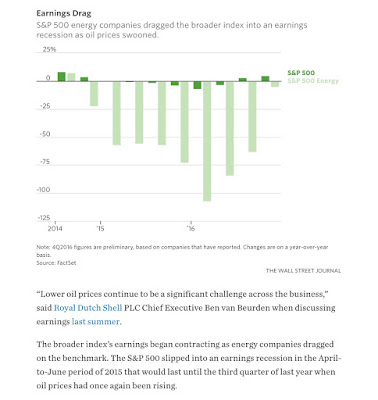 My feeling is that you probably have to own in a global portfolio at least one of these names.  In the Financial Orbit Stocks preferred list Tencent is a constituent: 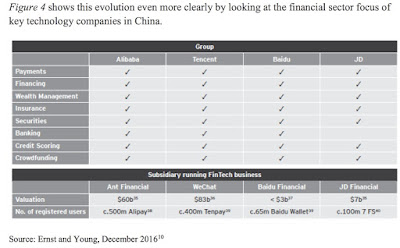 Meanwhile looking at the US technology names I see a couple of familiar companies at the top of this list: 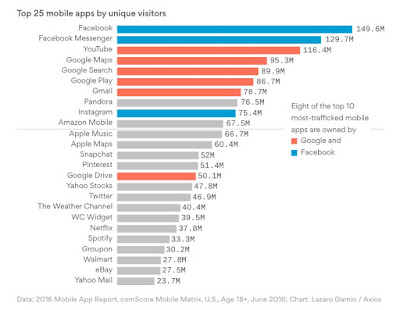 Amazon is pretty amazing too: 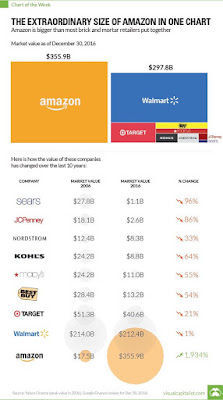 Turning to financials, a few thoughts on Dodd-Franks (link here) including extensive quotes from me on behalf of one of my corporate clients.

Got to love this re Yum China (link here):

From today's Sunday Times a few UK corporate stories including:

Royal Bank of Scotland will be forced to slash up to 15,000 jobs as it scrambles to cut costs in the face of a ninth consecutive year of losses

A secretive hedge fund backed by the financier who waged activist campaigns against Volkswagen and Deutsche Börse is lobbying for a sale of William Hill. Parvus is William Hill’s biggest shareholder with about 14% of the stock, which it has built up through derivatives. The fund opposed the gambling giant’s attempts to merge with Amaya, the Canadian owner of the PokerStars website, last October. It said the deal would destroy shareholder value.

Rolls-Royce is set to crash to a record loss of about £4bn as sterling’s slump and its £671m corruption fine erase profits. The fall in the pound since the Brexit vote will force it to write down profits by about £3bn. The engineer struck derivatives deals to protect it from currency swings, which have pushed it into a paper loss. Even stripping out the currency gyrations, it will report a dire performance for 2016 on Tuesday — with profits halving.

Can you spot one of the problem parts of BT Group? 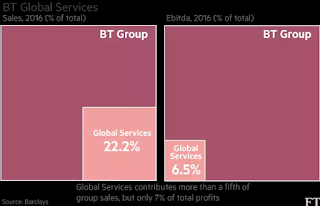