So how was the first week of the year in the global equity markets?  Well...generally positive as shown by this chart on the S&P500 (via dshort.com): 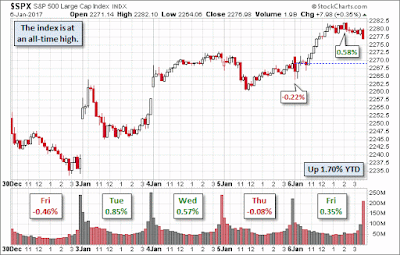 No doubt 2017 is going to be a year of further Brexit and related action.  And the updated thoughts from the top of UK politics?  Well this from an interview today with Theresa May:

'The PM told Sophy Ridge she does not see the decision between trade and immigration during Brexit talks "as a binary issue"...Theresa May explains how her government will balance seeking control of immigration and access to the single market'

Certainly that's some pretty hopeful thinking with apparently more detail to come in the next few weeks (link here)...but not an impossible pragmatic outcome.

Fascinating on UK economist forecasting below.  As I noted on Twitter: 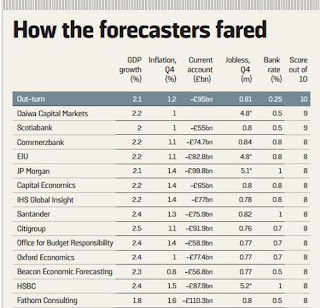 After all look at European confidence levels...bodes well for Euro area GDP growth: 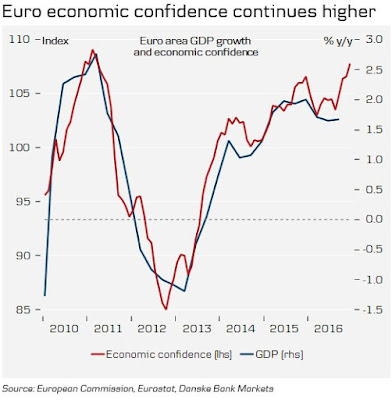 I remain contrarian-optimistic about Europe for 2017...and France will be a big focus.  As I noted on this fascinating chart by @JLyonsFundMgmt:

A non-populist victory in the Presidential election and there will be a very distinct break. I like the odds here. 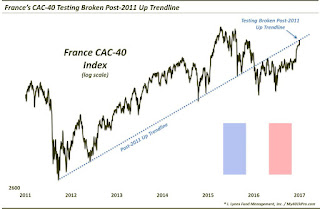 I see the German press is worried about that near 2% inflation print last week in the country: 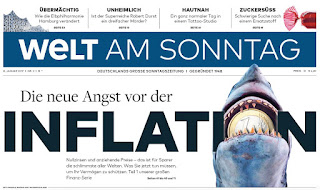 A sign of general greater confidence in the eurozone will undoubtedly be the euro going up,  Well...it is cheap as noted on this piece: 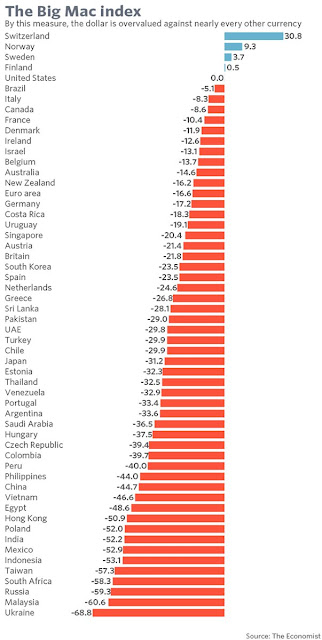 Notice how potentially undervalued the Chinese yuan is as per the above.  Of course much of the prevailing commentary on the Middle Kingdom recently has been cautious and negative - and centred on the scope for a lower yuan with much of the rationale centred on lower forex holdings.  For this debate a useful piece on China here:

'China’s foreign currency holdings remained above $3 trillion in December even as the yuan capped its steepest annual decline in more than two decades...Reserves fell $41.08 billion to $3.01 trillion, the People’s Bank of China said in a statement Saturday. That matched a $3.01 trillion estimate in a Bloomberg survey of economists' 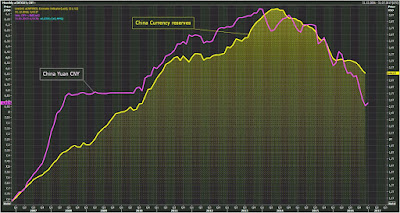 Remember those non-farm payrolls numbers in the US on Friday? Good headline wage growth as noted in Saturday's Financial Times:

"healthiest wage growth since the crisis...gap between wage growth & core inflation has not been this wide in 6 yrs" 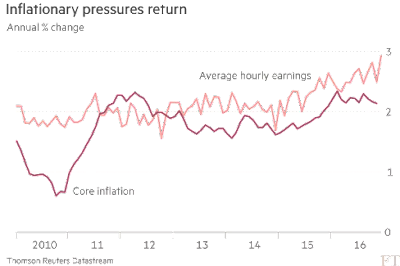 And look at that really impressive relative international job growth: 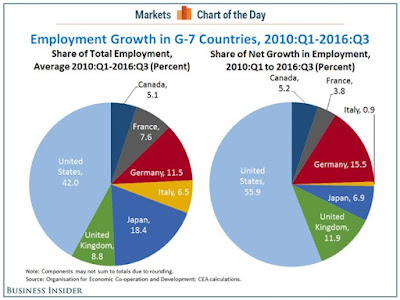 However as per this piece (link here) which cuts and dices the data a bit more precisely:

'The 2.9% growth rate makes a much stronger case for hiking rates than the 1.9% growth rate in weekly earnings for production and non-supervisory employees'

I remain of the view that US interest rate increases in 2017 will be more modest than people think currently.  Another reason for a potential roll over in the US dollar...

Still...big US inflows since the Trump election.  Will this persist beyond the 20th January?  For me I see better opportunities in 2017 elsewhere... 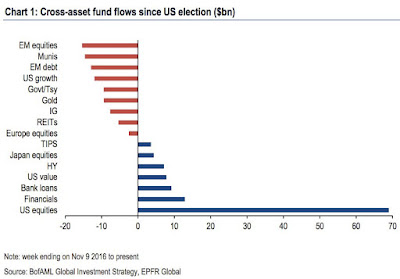 Well this fascinating in the agricultural theme on Origin Agritech (link here):

Last week, President-Elect Trump selected Terry Branstad the Governor of Iowa-R to be the US Ambassador to China. This is a tremendous asset to not only agriculture stocks, but to our bullish thesis on Origin

Elsewhere, apparently the more established UK supermarkets are doing better against the Aldi / Lidl's of this world... (link here).  As I noted on Twitter I want to see their trading statements for the full insight:

The big UK supermarkets continue to fight back against the newbies. However sales are vanity, profits & cash flow are sanity... 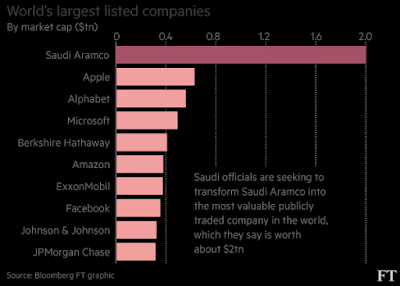 I see in today's Sunday Times  that 'Ministers will sell another £500m chunk of Lloyds shares this week, cutting the taxpayer’s stake in the bank to below 6%. The rapid pace of stock sales means the government will be able to return Lloyds to full private ownership by the spring at a profit'

Meanwhile something to watch out for in the UK market tomorrow in the betting industry (via The Sunday Times):

'William Hill, which has been without a permanent chief executive since last summer, is expected to lament a dismal December when it updates the market tomorrow. The company said late last year that it expected to report full-year earnings at the top end of its guidance of £260m-£280m. However, since the heavy losses last month, City bankers and analysts say the forecasts are now likely to come in at the lower end of the range'

This article on '6 big pension mistakes to avoid' is a great read on a very important subject to all: 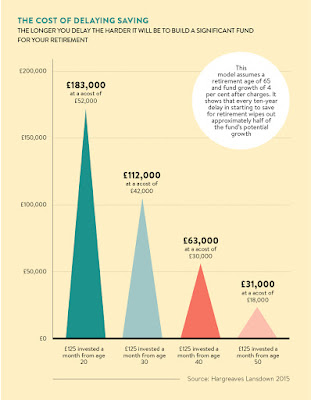 Have a great week...please note that next week's 'Stories we should be thinking about' will be published on Saturday 14th January due to travel.
Posted by Chris Bailey at 18:21