(and for a really good review of last week - with some great charts - check out @KurterOzde's summary here).

A focus on Europe today... 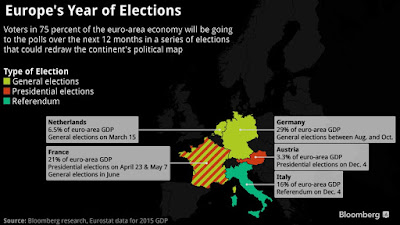 ...and whilst we await the results of the Italian referendum later (surely a 'no' will prevail)... 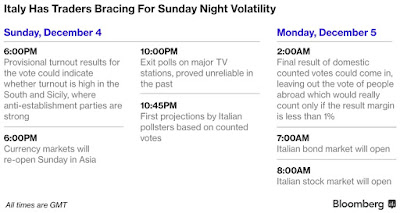 ...in Austria the Green Party candidate beat the Far Right challenger for the more ceremonial position of the country's President.  The first reversal for a more populist candidate in a while (again indicating Europe is not 'over'): 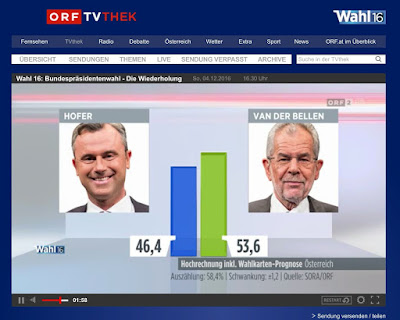 At least he admitted defeat in a suitably nationalistic upbeat manner. 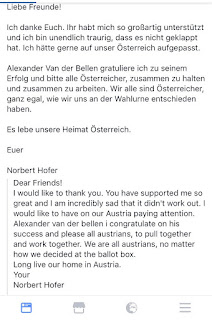 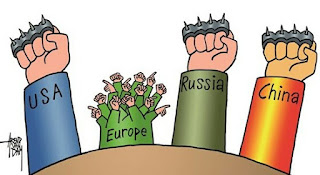 Who said everything was downbeat! 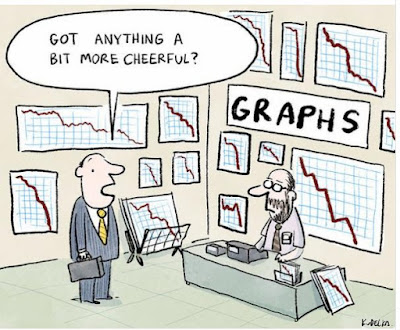 Fewer however believe it is essential to live in a democracy.  Hmm. 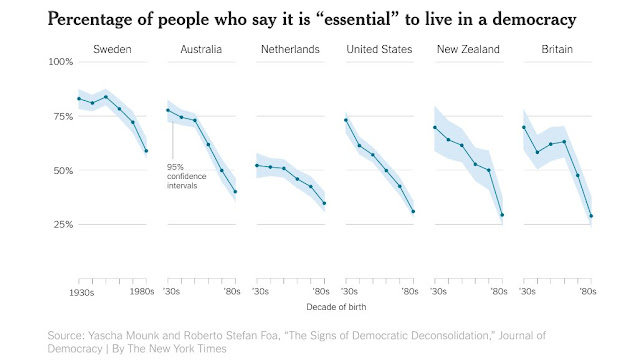 Reflective of more generally nationalist politics?  Certainly a shame in my view that the Trans Atlantic TPP including the US is not going ahead... 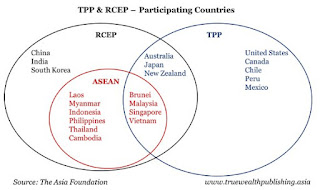 ...following the election of Donald Trump.  Did you see what he wrote earlier on Twitter?

The U.S. is going to substantialy reduce taxes and regulations on businesses, but any business that leaves our country for another country...

fires its employees, builds a new factory or plant in the other country, and then thinks it will sell its product back into the U.S....

without retribution or consequence, is WRONG! There will be a tax on our soon to be strong border of 35% for these companies ......

On a similar front, I was amused by this from Barrons: 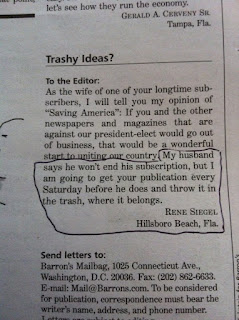 But - and this could well be the sticking point - purchasing power parity measure show EM currencies are very cheap.  That means the dollar is strong (another reason i believe that Trump should weaken the dollar): 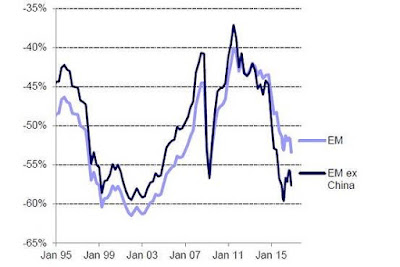 Scary chart. Can you imagine the risk rockets going off if the $USD does do a shift akin to the Plaza Accord? $USD the big call for '17 IMO

Meanwhile when I look at this front page of The Economist it makes me think that such a weaker dollar call is spot-on: 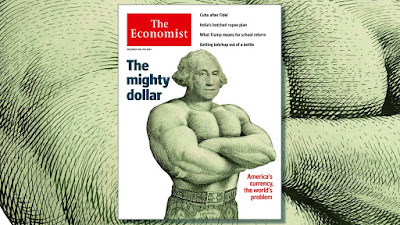 So what awaits?  A couple of great charts from @Callum_Thomas on current market sentiment.  Equities slowly coming back more into fashion (i would agree with this - give me a selection of equities anytime at the moment): 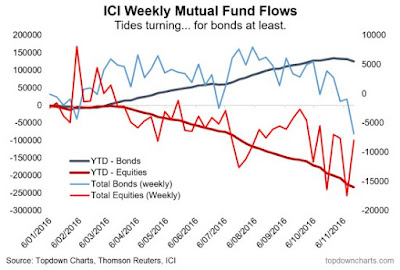 But don't get too excited about IPOs.  Pick and choose established listed equities. 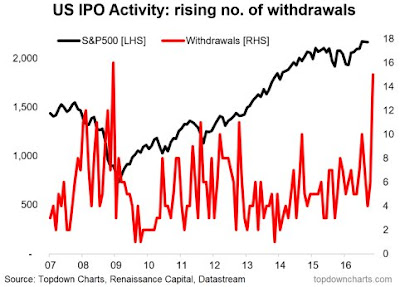 What it tells me is that you have to be like Keynes in his second investment period.  When the world gets weirder get more fundamental: 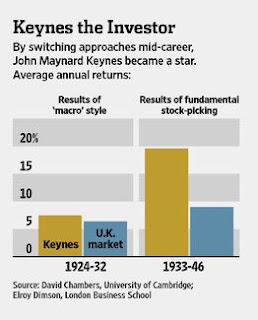 
A couple of final charts on Asia.  Shenzhen-HK starts tomorrow...and look what happened with a lag to Shanghai-HK a couple of years ago. 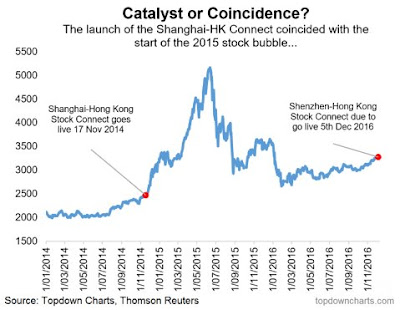 Meanwhile you know all those worries about Chinese debt some have?  A nice piece here (h/t @jiabaochina) about the importance of thinking about assets and the opportunities from growth too.

The complex world of Indian currency flows.  You can see why the Indian government wanted to 'evolve' those high denomination notes. 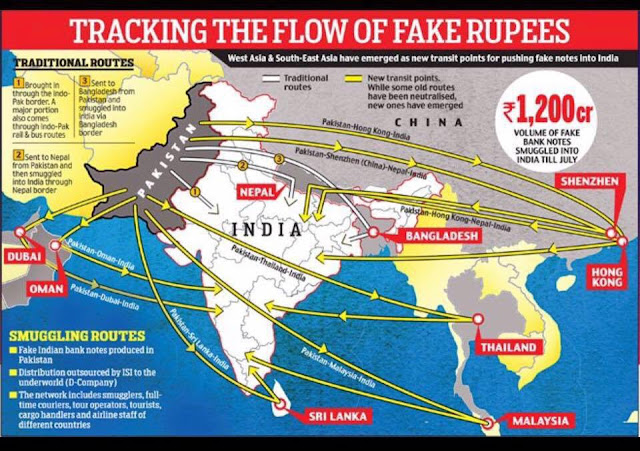 This is going to be a focus of the post-referendum Italy at a stock level.  More consolidation anticipated. 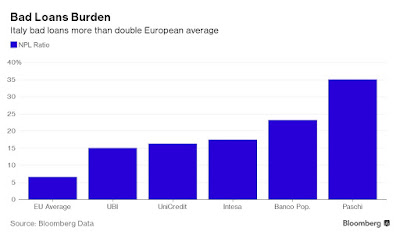 What chances of seeing some time soon a period akin to 2003-5 when earnings get upgraded versus annual hopes anticipated at 1 January?

Very interesting re 'got to stay active' versus 'active through buying a passive index' debate. For me the fun and experience in the former 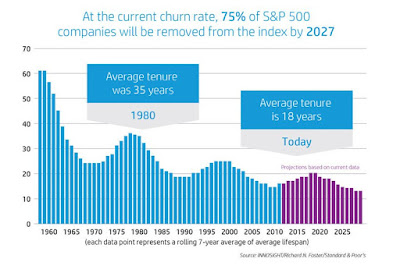 A couple of company observations:

"RBS could be hit with a fine of up to £12bn for its role in American sub-prime mortgage meltdown". Peak panic, shares already bottomed IMO

Yes, they did apparently.  Both shares I own but they should not be together from a Burberry perspective IMO.  Going to be interesting to watch the UK luxury name tomorrow:

Burberry, the UK’s biggest luxury goods retailer, rejected multiple takeover overtures from US fashion accessories group Coach in recent months, according to people briefed on the matter.
A deal would have created a group with a market value above $20bn, bringing together the US company’s leather goods, handbags and shoemaker Stuart Weitzman with Burberry’s trademark luxury outerwear and global retail footprint.
And in Continental Europe this was in the Sunday Times.  More consolidation apace.


Two of Spain’s largest banks are vying to swallow up embattled rival Banco Popular. Santander and BBVA are in talks with bosses of the sixth-largest bank in Spain over a €3.8bn (£3.1bn) takeover, according to sources in Madrid. Popular’s shareholders last week ousted its long-serving chairman Angel Ron. They blamed him for failing to clean up the bank’s balance sheet, issuing a slew of profit warnings and for presiding over an 80% collapse in the share price.

And whatever you do in your investing / trading this week...try to avoid equivalents of this! 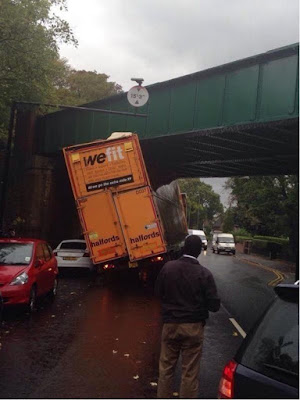 Have a good week
Posted by Chris Bailey at 18:24