It may have been a Thanksgiving shortened week but there was a lot of green in global market moves...

...and the Bloomberg measure of world market cap is once again near all-time highs: 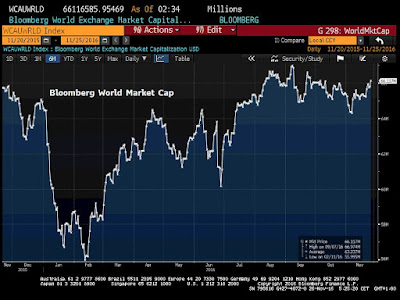 A point reinforced by the general proximity of many markets in their current 'YTD' performance positioning with their 2016 peak: 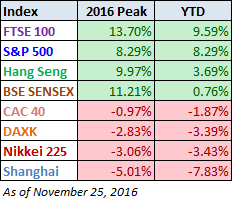 Still in a seasonally strong period of the year... 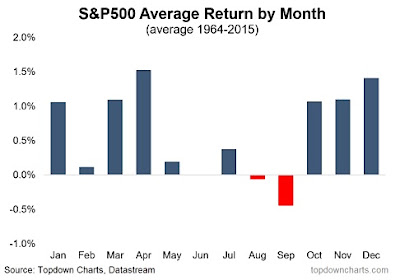 ...however bonds have performed remarkably well over the last couple of generations. 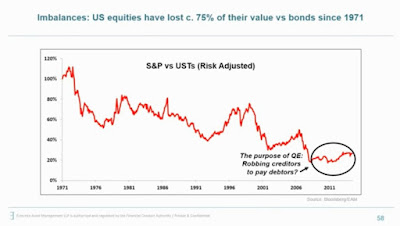 Look at that relative lack of drawdown years versus other asset classes (as an aside - wow, look at gold).  I think the biggest challenge for bonds going forward is going to be a lack of total returns going forward. 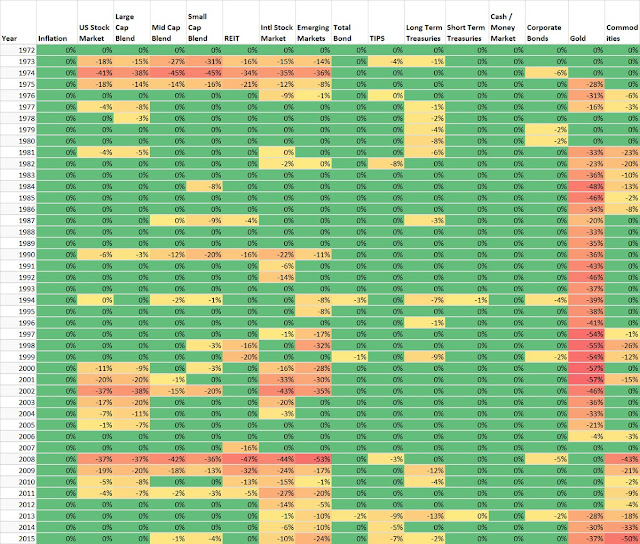 And what bond markets have performed the worst YTD? Step forward Italy...well at least you can say that something is factored into next Sunday's vote: 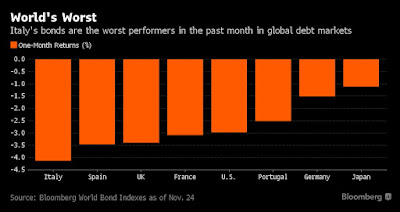 (saying this I note that the Financial Times is running a story in its online edition noting:

That feels a bit too pessimistic...

Anyhow from an asset allocation perspective I still clearly prefer an active selection of equities versus bonds.

And talking about equities is 'value' breaking out?  Of course value as currently described consists of a bunch of out-of-favour sectors including financials and commodity-facing ones: 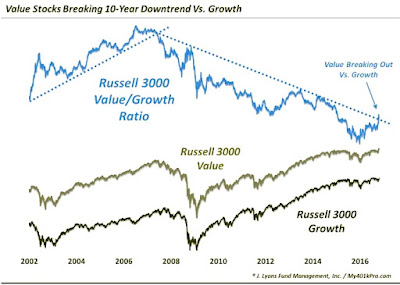 What could throw a spanner into the works of the global economy?  I still worry about the strength of the US dollar and its impact on the emerging economies (and general risk profile of markets). 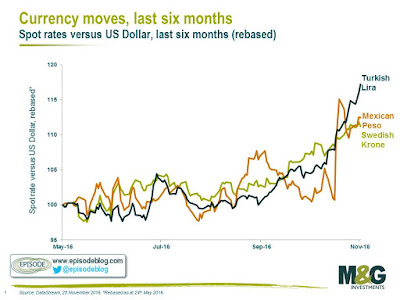 I believe a weaker dollar would also help President Trump and his campaign promises to create jobs.  Otherwise I do fear a Protectionist-lurch and - as observed below - the US is not exactly coy about such matters... 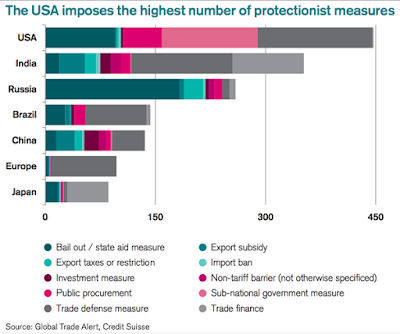 And look how important the steel industry is to protectionist measures... 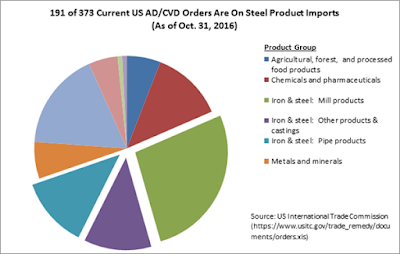 (for both the above charts see more here)

Inequality of income of course has been a driver behind political populism... 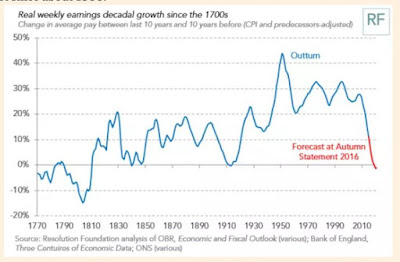 You know my view on the oil price...I think it is going up and anticipate US$60+ next year.  That's towards the upper end of general hopes: 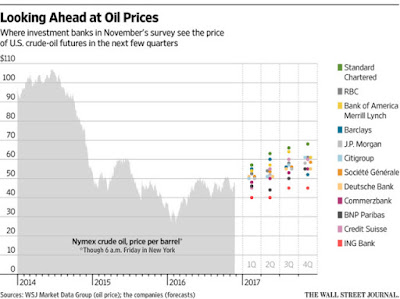 And many ways to interpret this gold/dollar chart.  Of course there is shorter-term negative correlation BUT I observe that the gold price is much higher this time at 100+ on the dollar trade weighted index than before.  Building a base...

How was Black Friday for you?  This report suggests less money was spent:

Shoppers spent an average of $289.19 over the four-day weekend, including both online and offline purchases, the National Retail Federation said on Sunday, citing a survey conducted by Prosper Insights & Analytics. Consumers shelled out $299.60 in 2015, the trade group found.

Additionally I noticed all this fascinating information - and some clear online trends - via @BrianSozzi:

How people shopped this #blackfriday Online: 108.5 million In Stores: 99.1 million

More than 154 million consumers will shop over Thanksgiving weekend, up from 151 million shoppers last year 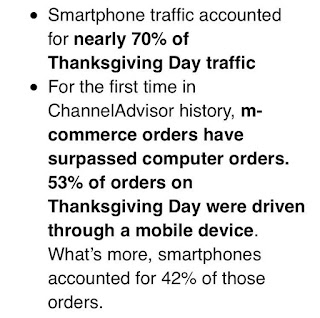 And on a similar front here are the big players in online apparel retailers... 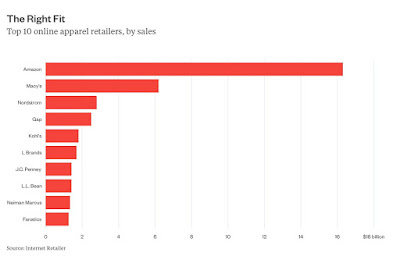 Netflix leads the US in something...

A couple of fascinating charts from the Korean auto company Hyundai on geographic balance of itself and peers... 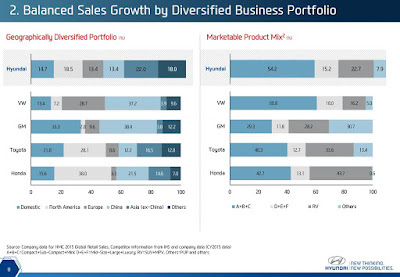 ...as well as the profitability of its peer group.  Tough market autos...Hyundai claim a sector leading position despite five years of declining margins... 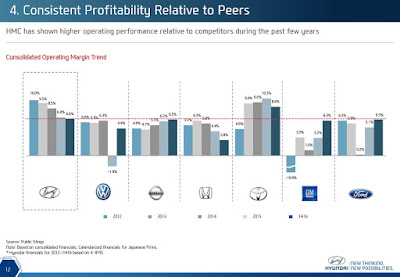 Meanwhile in the UK market I saw this on National Grid in the Financial Times:

Ministers have backed away from threats to break up National Grid, the FTSE 100 power group, which instead will be ordered to put in place stricter Chinese walls to prevent conflicts of interest in its role operating Britain’s electricity system.
New independent directors will be appointed to a separate board overseeing system operations under a compromise deal to be announced in coming weeks, according to officials briefed on the matter.

Have a good week
Posted by Chris Bailey at 20:21