Well...what a week and an unexpected election night twist... 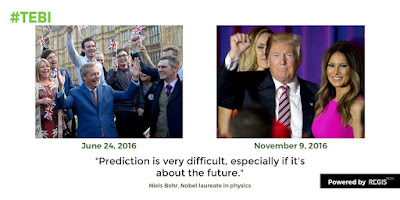 ...and the victor did not even carry the popular vote: 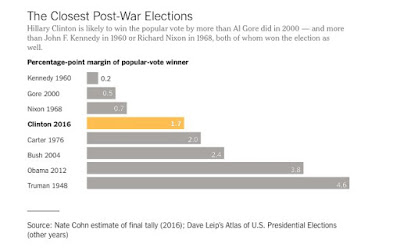 So should we be fearful? 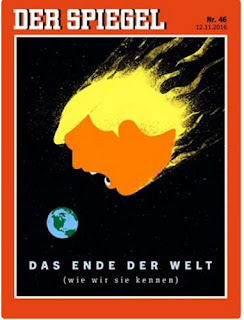 Well so far these words have held...no panic has been the wisest course of action... 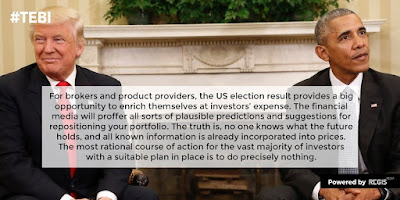 ...because ultimately in most markets it was the first up week in three (and especially given the magnitude of the futures decline on Tuesday evening/Wednesday morning):

Of course there were some other surprises too including a rising Pound (totally agree with this)... 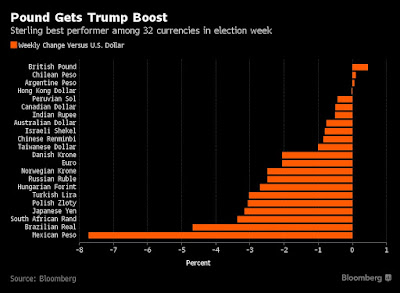 ...and a poorly performing bond market:

Yes, I am not convinced that the bond market is good value.  Take a look at this measure which takes into account various fundamental economic factors.  Bonds don't feel good value to me still... 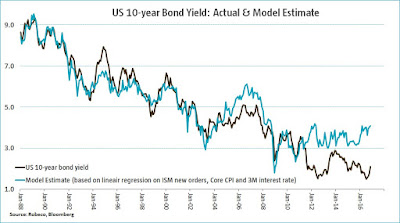 Bond yields are likely to keep on going up the elephant's trunk!! 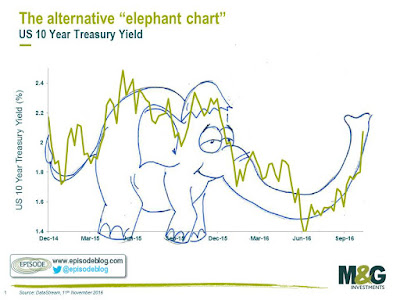 You have to have the longevity of an elephant to wait around for a decent real returns from certain government bonds!

The reality is though that inflation is going up in a variety of economies... 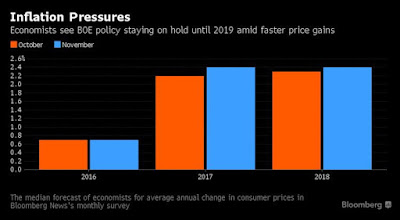 ...and so of course the number of months before a rate rise has come down.  Another reason to be pro-equity and cautious of bonds in the big asset classes. 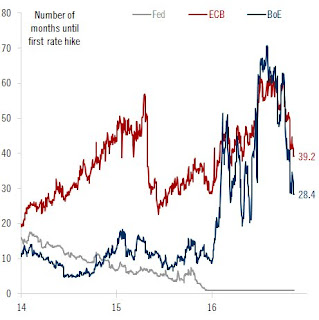 Wow, typically commodities like copper can do well in times of inflation but historically a big copper bounce has led to a messy equity market: 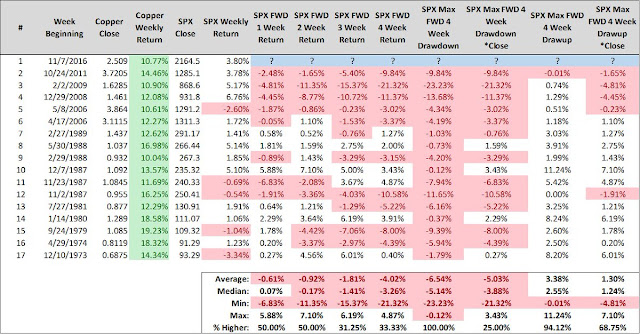 Pulling all this together with some answers my latest Yahoo Finance column which you can read here titled:

In summary I concluded here that anything was possible but I preferred an active selection of equities which typically under a Presidency has done ok... 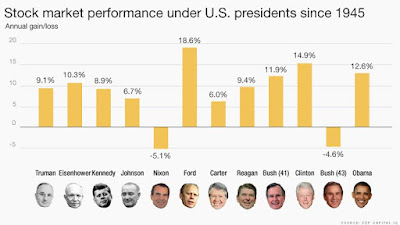 ...despite the current equity outflows being seen.  Got to go with the value not the lemmings: 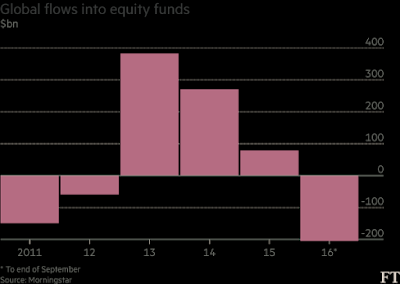 In my Yahoo piece above I made mention of elections and diplomacy and Europe has some big elections coming up... 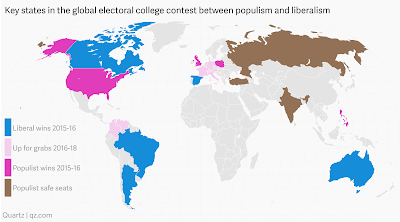 ...and in Italy Mr Renzi is behind in the 4 December referendum polls.  Having spent some time in Italy recently I don't think that necessarily matters... 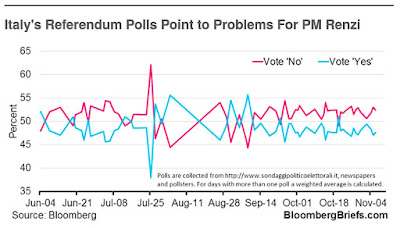 ...and the same in France where fear of the Far Right should be replaced by an acknowledgement that the political voting structure means that it is unlikely to be elected.  This is why I see contrarian opportunities in European equities: 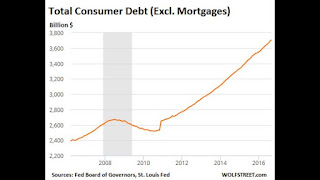 ...and the oil market?  Looks tighter than people think? 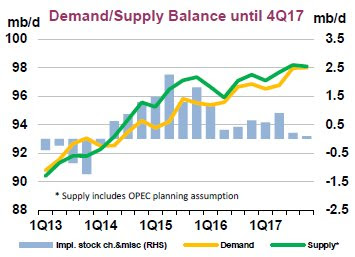 Especially as the rig count remains suppressed (hence supply constraint potential building).  Put it all together and I still believe oil prices will rise over the next year.  Influential on inflation/asset allocation and sector selection I would suggest: 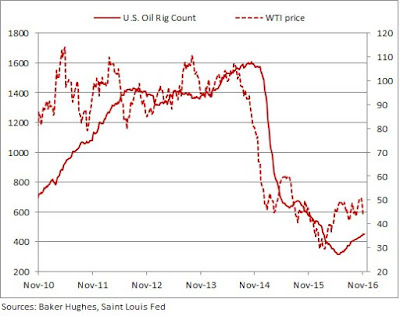 Hello rotation (something I have been talking about a lot over recent months).  Given the greater value in higher versus lower beta still plus a reality of what sectors perform in times of higher bond yields (higher beta/cyclical ones) I think this can continue.  However the magnitude of this move will throw up stock opportunities in the consumer staples space - see my Financial Orbit Stocks notes this week for more details of a number of names I like: 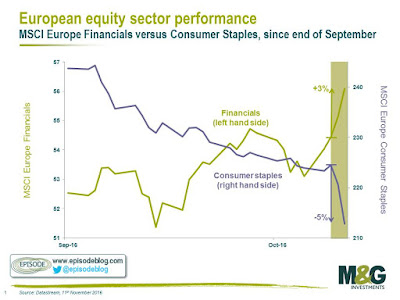 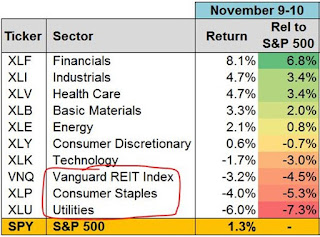 This will include gold as the sell-off here appears too high given the metal's potentially helpful role in times of volatility and inflation.  I would add here: 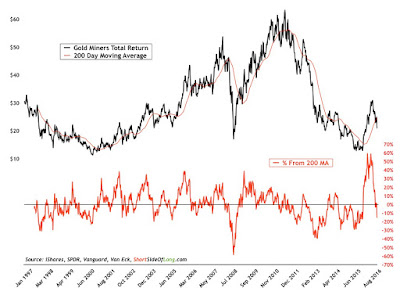 And where is the offshore cash held (if you believe that Trump will facilitate bringing it back in exchange for a low one-off tax cost)? 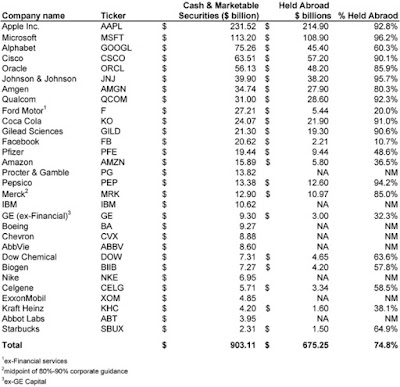 Still some amazing statistics for the Alibaba inspired Singles Day ('Double 11') in China where a record sales number was reached... 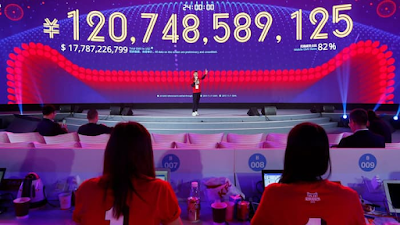 ...and this impacted many well-known global brands.  Amazing what you can get with a confluence of mega themes: rise of the Chinese consumer & online shift 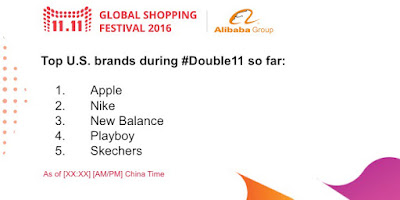 US earnings picking up...but isn't it just a case of beating lowered hopes?  Still feels like a stock picking world to me... 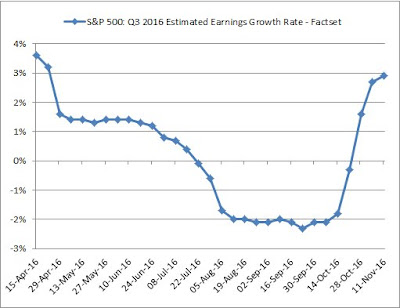 A few other company stories out there:

And then via Seeking Alpha:

Citigroup is preparing to move up to 900 jobs from London to Dublin as part of its preparations for Britain's exit from the EU, the Sunday Times reports."They have been testing the Irish political and regulatory regime on a macro level," sources added, saying that Citi was exploring options for office space and held a board meeting in the Irish capital last month.

Novartis is considering selling its struggling eye care division, Chairman Joerg Reinhardt told SonntagsZeitung, but all options - including a turnaround - are still on the table. The drugmaker has blamed a failure to innovate and inconsistent customer service for the problems at Alcon, a business that Novartis gradually bought from Nestle in deals totaling $51B.

Toyota agrees to pay as much as $3.4B to settle claims that some of its trucks and SUVs lacked proper rust protection, leading to premature corrosion of vehicle frames.