Yes, it is a big week coming up with the US Presidential vote but this feels over the top:

'While sales for "long term food" typically see an increase around natural disasters and elections, "this is more intense than what we saw in 2012," said Keith Bansemer, VP of marketing for My Patriot Supply, a manufacturer and seller of survival food. During the previous election his company saw sales double. This time it's triple'

Yes, fear as measured by the VIX index is high with the longest up streak for the volatility index since 1990... 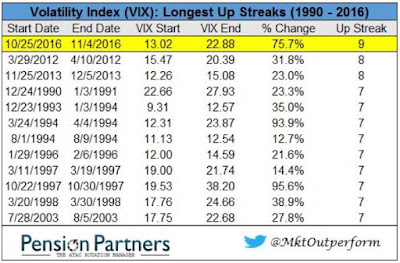 ...a positioning backed up by the CNN market sentiment measure:

Of course the market's pessimism / fall may be saying something about the victor: 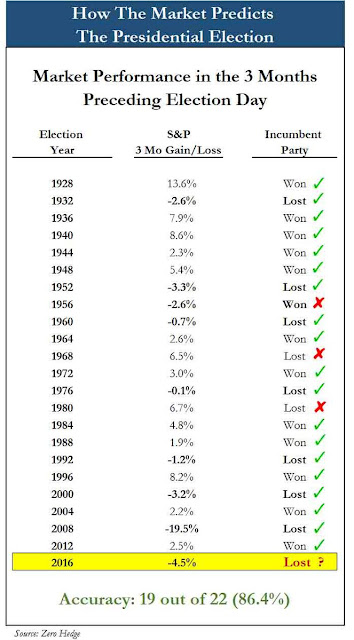 How has the US electorate historically voted over the last 60+ years or so? 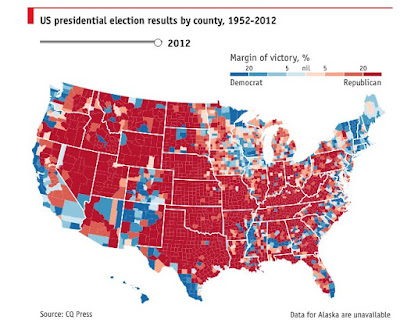 Both US Presidential candidates have talked positively about boosting fiscal spend to create jobs and boost the local economy. Great write-up on infrastructure here.  As the chart below notes it necessarily is a longer-term business... 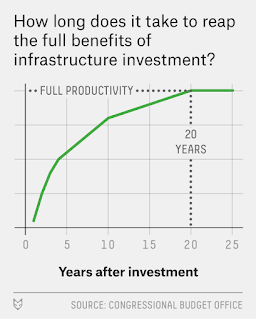 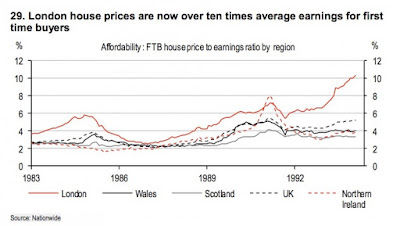 And I do notice in a recent global property survey, London (and many other global property prices) are rolling over a little.  Multiples now too stretched and/or impact of patchy global growth finally?

Talking about Europe, look how Italy's risk premium over Germany has blown out after some messy public disturbances over the weekend less than a month before the constitutional referendum. 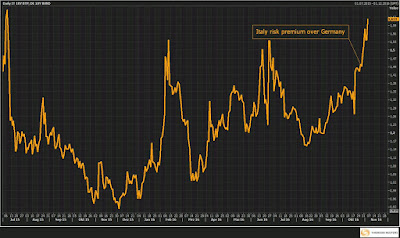 Note how the CDS spread for Italy has blown out further over the last week...

Meanwhile in the UK some benefits from the lower Pound?

“With the weakening of the pound, the U.K. is proving to be an attractive destination,” Chief Executive Officer Nicolas Petrovic said in the release. “The outlook to the end of the year is encouraging, with many travelers taking day trips to London to do their Christmas shopping.”

Of course don't expect this to necessarily help the UK's large trade deficit... 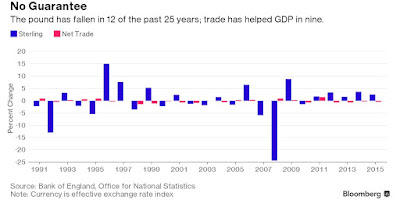 As for Brexit well I see Theresa May wrote a fascinating editorial here reiterating that despite last Thursday's court ruling.  I quite agree...

It is the responsibility of the government to get on with the job and to carry out their instruction in full.  MPs and peers who regret the referendum result need to accept what the people decided.


Am I pleased to see this in Seeking Alpha:

Active stockpickers are surging ahead in the race for returns, beating passive funds, Barron's says.
After a slow start to the year, 60% of actively-managed funds are beating the S&P 500 since July 1, the highest level in nearly two decades. This, at a time when money has been pouring into index funds at record rates.

A couple of commodity charts to end this section.  Copper positioning is very firm (isn't "Dr Copper" supposed to provide insights into the economy?)... 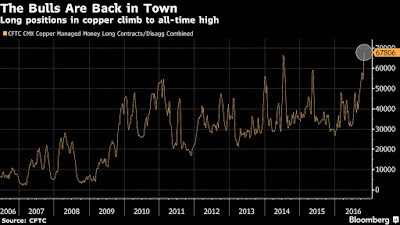 ...meanwhile note that oil and gas payrolls are better.  Start of a turnaround?  Well prices did trough back in January/February...


Did you see the Berkshire Hathaway numbers out late on Friday?:

Next - the UK retailer - is one of the preferred stocks in my Financial Orbit Stocks list.  Read here why they are on the right track despite some rather difficult trading over much of the last year. 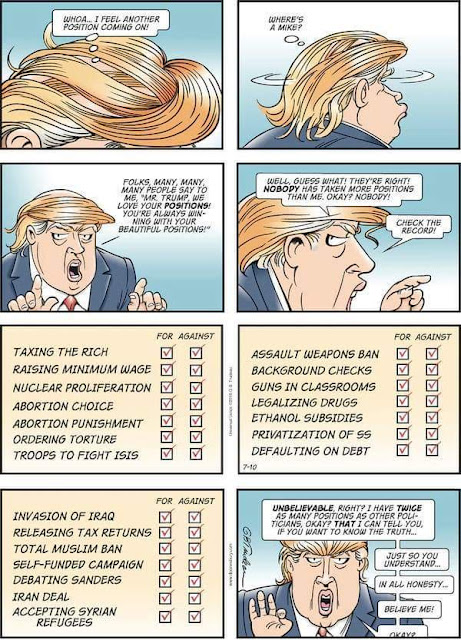