After last week's Federal Reserve and Bank of Japan non action (and fairly positive market reaction - all nicely summarised here by @kurterozde)...all eyes on the OPEC meeting in Algeria.  However don't get your hopes up...

Actually my personal view is that oil prices are going up...but as always it depends a lot on demand from China: 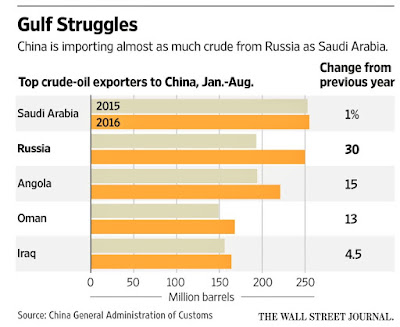 Meanwhile fascinating to see this on the impact of lower oil prices on the US economy... 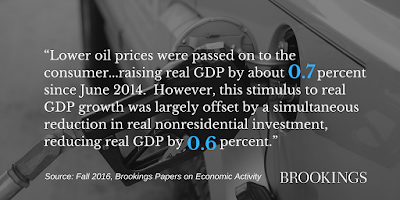 ...no wonder US rates are not normalising soon although I feel it is likely they will edge up in December: 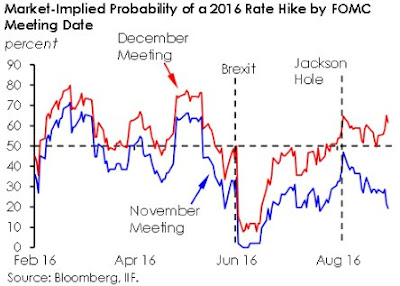 Reflecting this 'new normal' sentiment towards the US equity market remains suppressed... 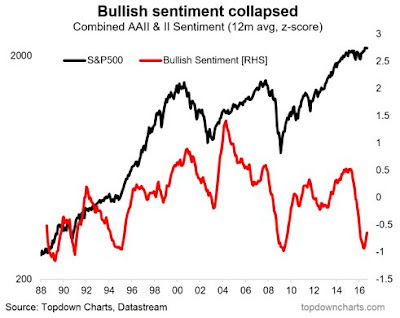 ...but of course as with a compressed insider transactions ratio caution can be bullish: 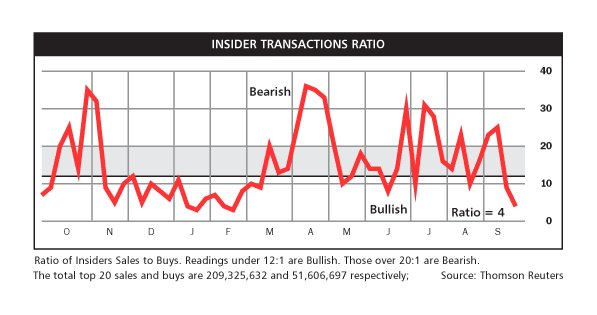 Really good on the failure of the Asian pivot under the Obama Presidency:

Obama’s impotence has intensified questions in Japan and elsewhere about the credibility of the American security umbrella, encouraging nationalists who argue that Tokyo should re-arm in earnest – or even deploy its own nuclear weapons. But their main concern is not North Korea – it is China.

Chat that Germany is becoming exasperated with the UK negotiating stance over Brexit (link here)...and also with a QE extension inevitable exasperation with the ECB/Mario Draghi is also building (link here). Fun times in Europe...at least the euro is weakish...

Want to guess which is the top overnight visitor destination city?  Maybe it might surprise you... 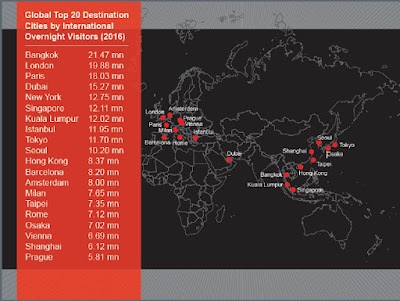 Apparently we just lived through the hottest summer in recorded history...And possibly the hottest in “thousands of years.” (link here) 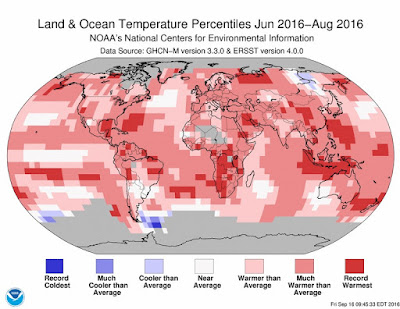 Why do companies go bust?  Imminently due debt is the biggest reason...

Anticipated FY16 S&P 500 earnings growth almost nothing now...although of course the hopes for FY17e are still for double digit growth... 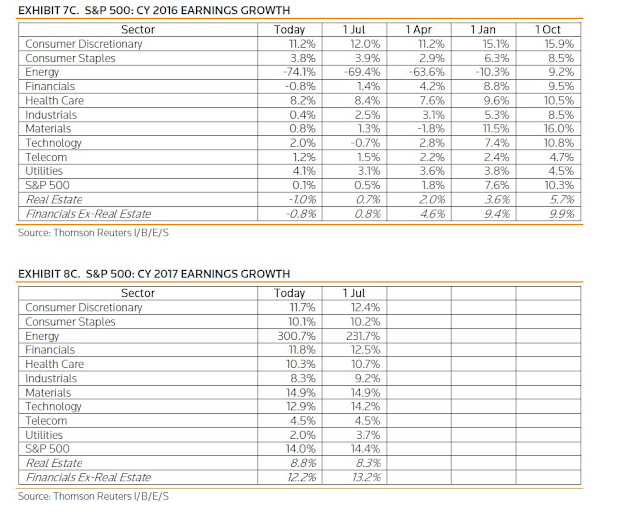 Zero Hedge highlighted the rather firm price/revenue ratio of the S&P 500 constituents... 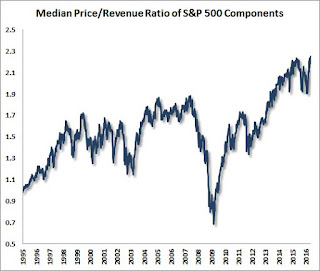 As Goldman Sachs announce Asian job losses, is it the end of the suitcase banker? "Mainland securities companies occupy seven of the top 10 positions in advising on Hong Kong initial public offerings this year" (link here)


Nice report here on a stock that is in my Financial Orbit Stocks preferred list:

In total, 30 hotel brands now fall under the Marriott umbrella to create the largest hotel chain in the world with more than 5,800 properties and 1.1 million rooms in more than 110 countries. That's more than 1 out of every 15 hotel rooms around the globe.

Marriott now eclipses Hilton Worldwide's 773,000 rooms and the 766,000 that are part of the Intercontinental Hotels Group family, according to STR, a firm that tracks hotel data.

Is Twitter about to be taken over?  I do own a few in my pension fund as I love the 'realtime, context rich news':

I also own shares in Carnival which is benefiting from this structural theme... 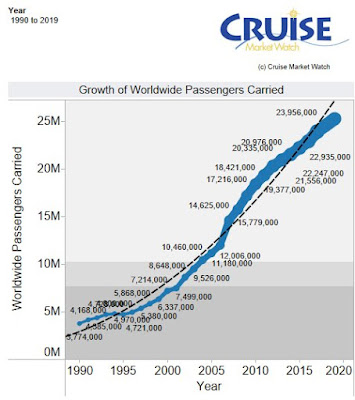 So why have companies like Next, M&S and Primark had shabby UK clothing retail sales?  I liked this in this weekend's Financial Times: 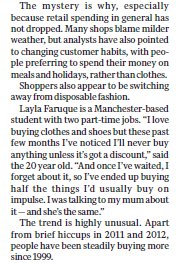 Good news for Boeing versus Airbus:

Ouch...look at that evolution of the Deutsche Bank market cap: 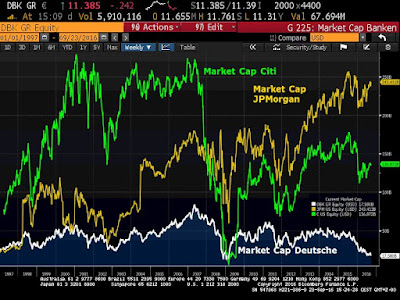 The rise of the smartphone... 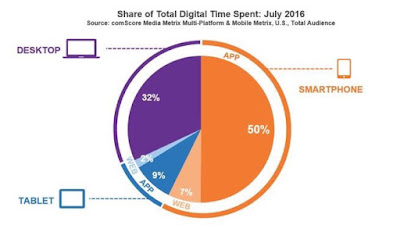 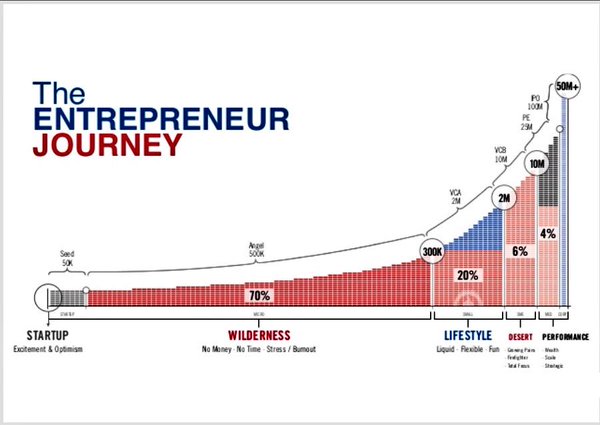 Have a good week
Posted by Chris Bailey at 17:26