Not the greatest week in global markets...

And reflecting these issues Mrs Merkel is likely to face some pressures in the latest German state election being held this weekend:

Apparently 'Asset managers intend to cut their analyst research budgets by 30 per cent, heaping more pain on the investment banking industry that has already been forced to make thousands of people redundant on the back of falling profitability' (link here - however including a paywall)


Certainly there is too much commodity research out there which is not value-added and/or simply expensive (neither point can be made against the Financial Orbit research outputs I would argue!)  Additionally though the fund management industry is changing. To show this here are a couple of fascinating insights from massive investors. First this from Larry Fink of Blackrock:

Putting this into practice is the firm’s risk-mitigation platform, Aladdin, which enjoys a ubiquity within the firm — it tracks everything from bond trades to head count — that evokes HAL 9000, the sentient computer in the movie “2001: A Space Odyssey.” Some employees even use Aladdin as a verb, as in, “Has the new portfolio manager been Aladdinized yet? (link here)


And then some complementary insights from quant fund AQR: "We need active management but whether you are getting a good deal is a separate question. Index [investing] is raising a competitive force. On average fees have been too high." (link here).

I am a strong supporter of active management but certainly acknowledge that unless it is performing and/or good value for money people correctly will wonder if they should bother...

Based on where the Labor Day polling was, Clinton should be a gimme for the US Presidency: 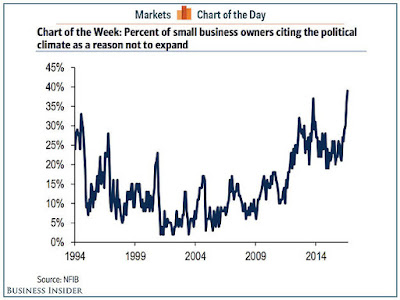 Look how 'certain cities in America are better for upward mobility' 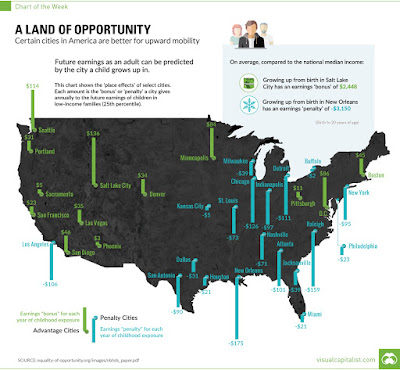 Good news that the 'People's Bank of China surveys showed the business confidence index rising to 51.2% in the third quarter. That was 2.2 percentage points higher than in the second quarter'

Not so good news though that global trade appears to be rolling over: 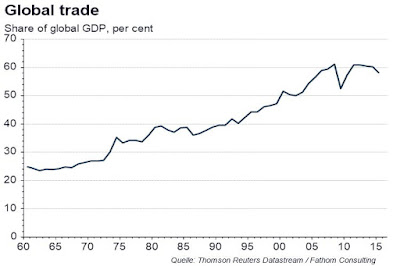 
Interesting to see that even with a continuation of limited short-term earnings growth... 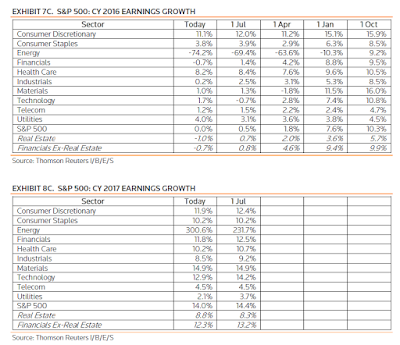 ... higher valued areas are still favoured.  The only parts of the market that are actually generating growth? 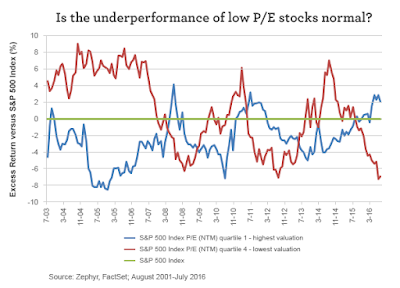 Or winners from the recent historic ever lower bond yield run...which of course makes the bump up of yields in recent weeks so supportive of sector rotation... 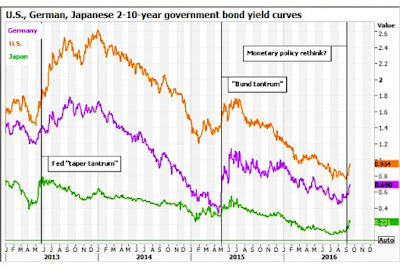 'Investors haven't been hurt not owning banks for the past five years. It is unlikely that they will be hurt not owning them five years from now either' (link here).  Maybe...but my gut feel is that selected financials are beneficiaries of rotation...and it really would not take much to get a sector bounce/bump from here: 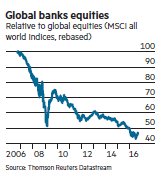 Burberry will unveil its first ever “see now, buy now” show at London Fashion Week on Monday, heralding a new era for the industry in which fans can get their hands on "seasonless" items immediately after they are presented on the runway (link here)

As per Seeking Alpha, 'Yum Brands (YUM +0.2%) names who it expects to comprise the board of directors at Yum China.Seven of the nine directors will be independent from the company. Primavera Capital Group founder Fred Hu is slated to serve as non-executive chairman of the Yum China Board. The Yum China distribution is expected to occur on October 31'.

Wow, look at the world's largest company evolution...from a little bit of tech to a lot: 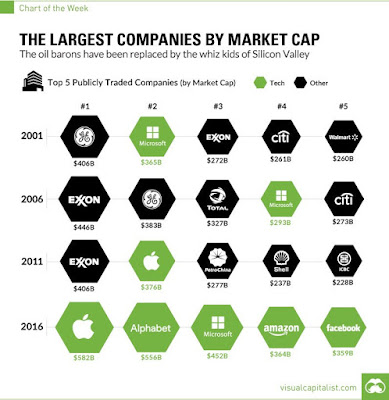 And the cheapest electrical vehicle from a cost per mile of battery range perspective is: 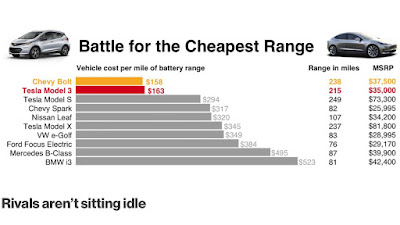 Well can you identify them? 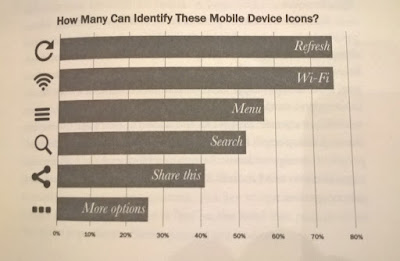 Next year will be a decade since 'screen time' led the way.  I cannot say I am too surprised: 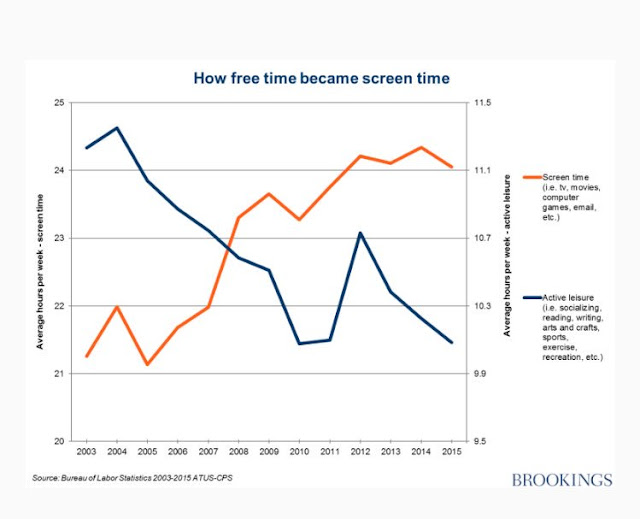 Have a good week
Posted by Chris Bailey at 15:45