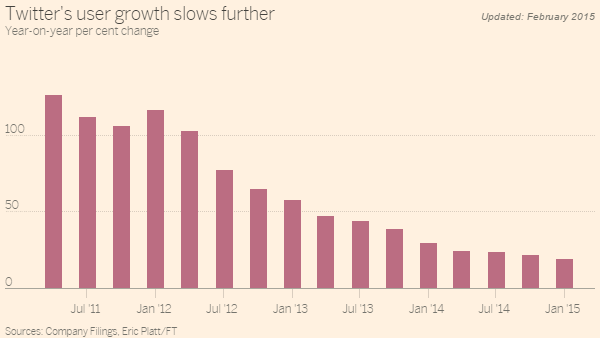 ...the shares rallied strongly on monetisation progression hopes.  So what is the reality?

The confusion is nicely captured by these two graphics.  Timeline views were fairly flattish... 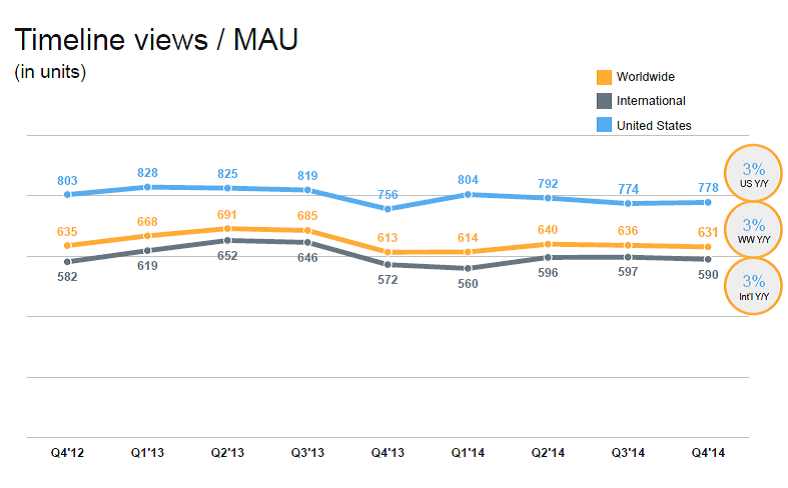 ...but look at those advertising revenues on a 1,000 timeline views basis.  That is clearly the more optimistic aspect of the results: 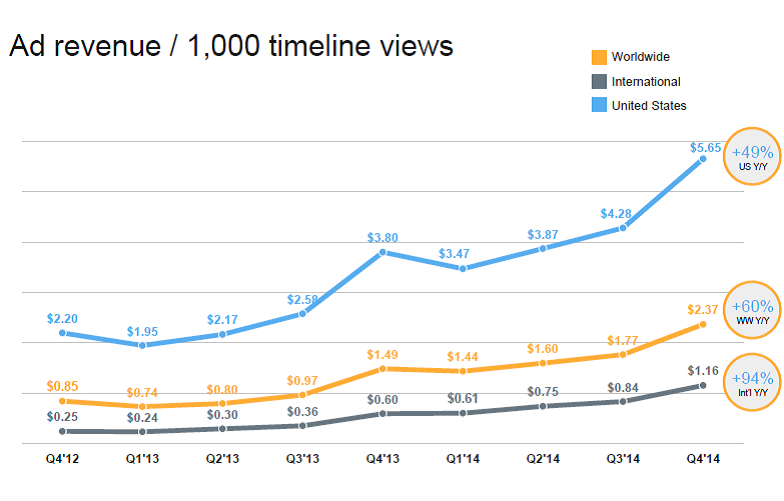 So what is driving this?  As the company noted on the conference call:

'Website cards, mobile app downloads and promoted video were the primary drivers of promoted Tweet growth. I would point out that two of these three products were introduced in the back half of the year and promoted video currently remains in beta'

Clearly these initiatives are ramping.  Twitter management appear particularly excited about video (which based on the YouTube experience at Google - more of them later in this write-up - they should be):

The other initiatives which really struck from the conference call were on instant timelines (effectively reducing the barrier-to-entry for new Twitter users...

'...instant timeline, a new user gets a rich timeline the moment they sign up and by immediately dropping users into a high quality timeline of great content we believe we will be better able to convert those new signups into healthy long-term users'

...and an initiative with the aforementioned Google to help boost the reach of Twitter's output:

'...excited about the new Google’s deal, everyone is asked questions about, thank you...we’re doing this because we have a great opportunity to leverage the tremendous audience they have and their interest in relevant real time information and bringing that to their logged out home page'

The above have helped to drive the 2015 guidance which sees revenues in the range of $2.3 billion to $2.35 billion and adjusted ebitda to be $550 million to $575 million.  Achieving such goals would be the equivalent of 64% revenue growth and 87% ebitda growth on a year-on-year basis.

Impressive statistics. Nevertheless, Twitter remains a concept stock as I have noticed in the past given an EV of just over US$23bn.  EV/ebitda FY15e of x41 anyone?

Whilst the stock may not pass value investing filters the reason I have continued to hold Twitter stock in my pension fund is my faith/belief in what they are creating (as previously last written up a few months ago following the Investor Day here).  The above - and especially the Google deal - reinforces that view.

On that basis I still view the sub US$40 share price level (which I have used in the past) as a position initiation or augmention opportunity for investors.