Seven months ago I established a US$68 or below share price as an interesting level for shares in the advertising giant Omnicom following their split from doing a deal with fellow advertising peer Publicis. The share hit that level during the October period (when multiple other shares also flashed as 'interesting').  So at the prevailing c. US$72 share price level is it a potential buy or not?

Looking at the operating profit line there was mid single digit ebita progression aided by slightly higher margins.  In terms of FY14A operating profit generation this puts the share on about x11.5 EV/ebit. 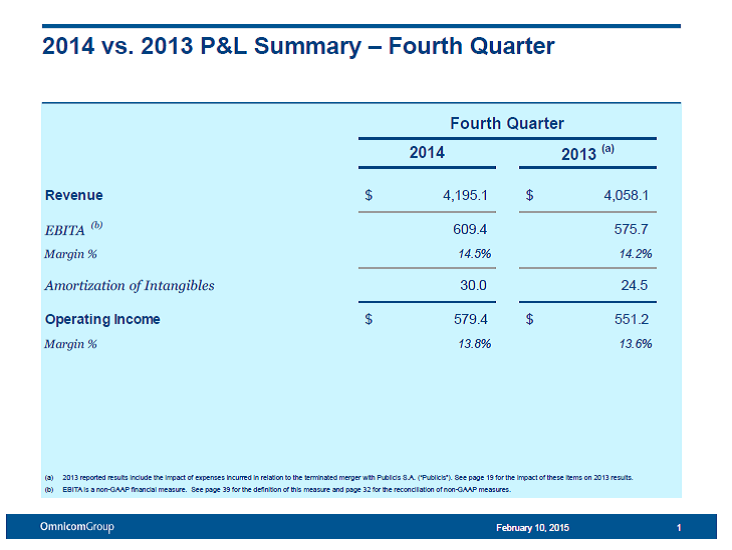 Looking at revenue split the core advertising business grew the fastest over the full year although during Q4 both the PR and 'speciality' functions performed well.  Of course underneath this there is another big trend: as they noted on the conference call ' In 2014, digital ad spend worldwide exceeded $137 billion, a 15% increase. We expect that shift to digital will only accelerate over the next 5 years'. Geographically progress followed the relative level of economic momentum progress with organic revenue growth in Q4 of 8.3% in North America, 6.2% in the UK and 1.2% in the euro markets. 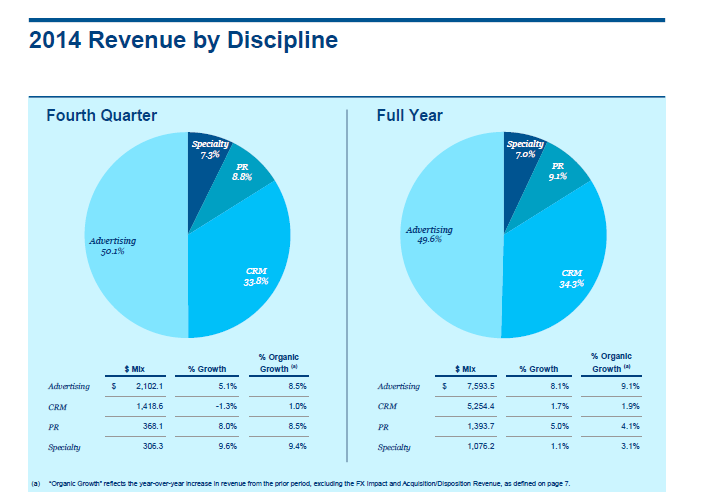 Free cash flow generation pushed up from FY13A by a high single digit proportion and equates to a FCF yield of around 8%. Interesting this statistic was generated before the capex line which traditionally I would take off beforehand (and which would reduce the FCF yield to just over 7%). The other interesting aspect is that the company overdistributed predominately via an approximate doubling of the buyback to an equivalent of about 5% of share capital.  The underlying dividend yield is around 2.5%. 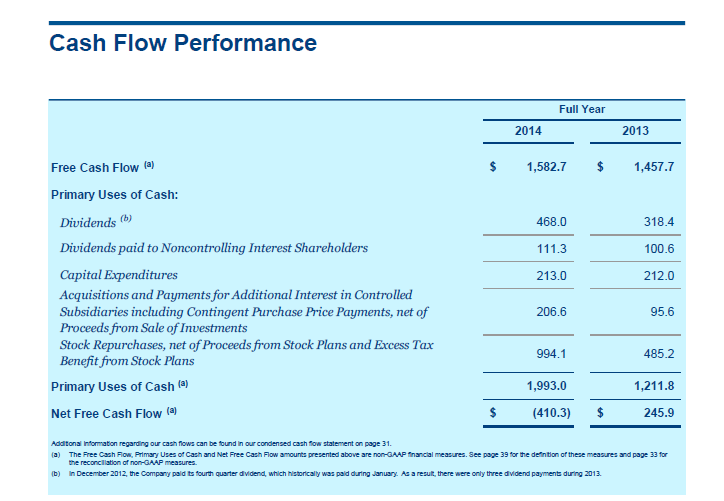 This overdistributed however reflected an inherently strong position with net debt to ebitda only one times. 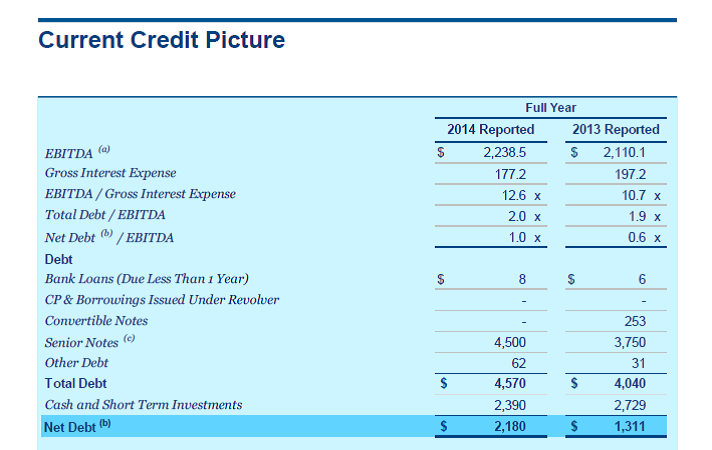 Leafing through the conference call transcript management come across as confident based on their belief of 3.5% global growth and an organisation that is still performing.  For me though that special risk-reward comes at a c. US$68 share price.
Posted by Chris Bailey at 20:33