New Gold - should I buy more of my third largest gold sector holding?

By far my largest gold equity position is in the peerless Randgold Resources which has got off to a great start in 2015.  Polymetal - my second largest holding - has also been a friend especially given its operations are almost entirely in Russia: I guess it helps to have rouble costs and a US dollar sales base...

My third holding is New Gold which has had a less successful last year - although it has not been a wipe out like other mid cap gold companies that could be named.

The headlines did not look too bad actually:

So what was the essential problem?  Well it is not geographic exposures because predominately they are in fairly straightforward countries for the majority of their assets. 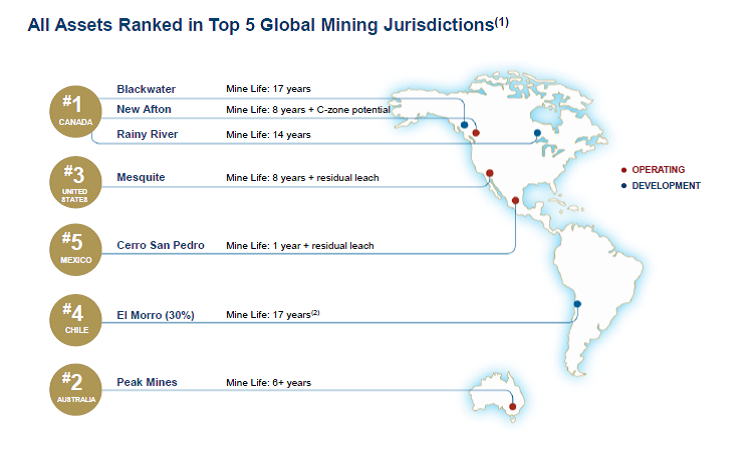 No, if you are going to highlight an issue it is centred on the company's forward production expansion.  Take Rainy River: it looks highly attractive with a sub US$700/oz all-in sustaining cost level but I also note the low open pit grade... 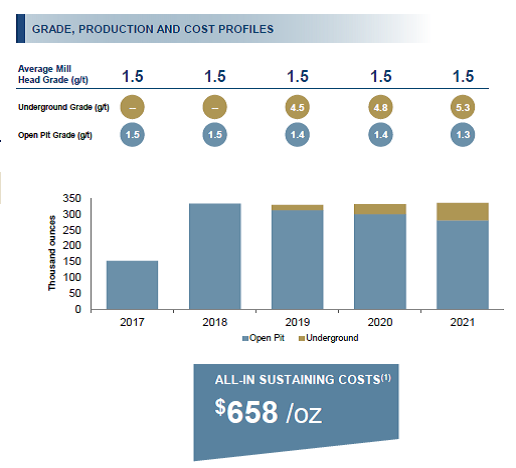 ...and despite being pruned back, still expensive development capex bill (for a company with around US$500m of net debt or around x2 ebitda). 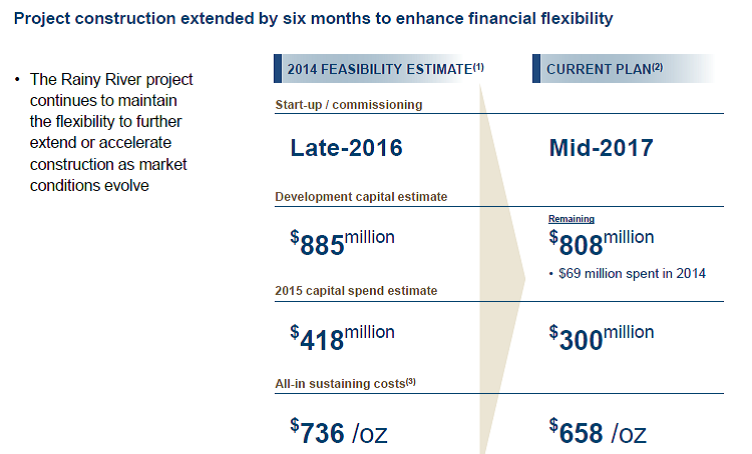 Certainly it is primed to be a remunerative development but it is not going to be easy to fund internally. 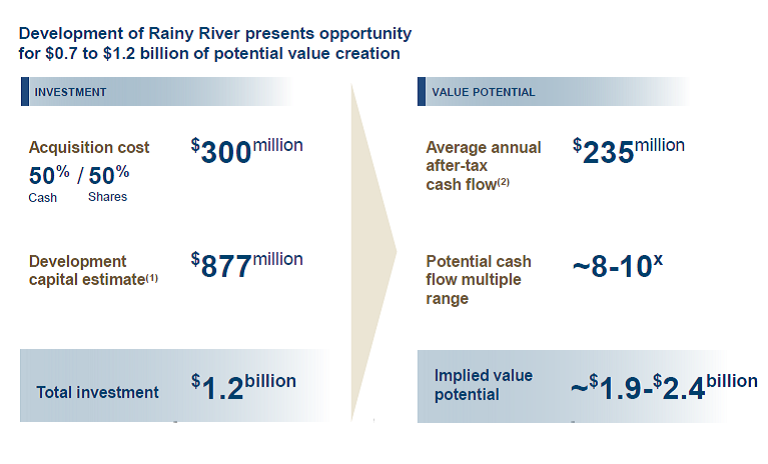 And if that is true of Rainy River, then the bigger Blackwater opportunity is this times two. 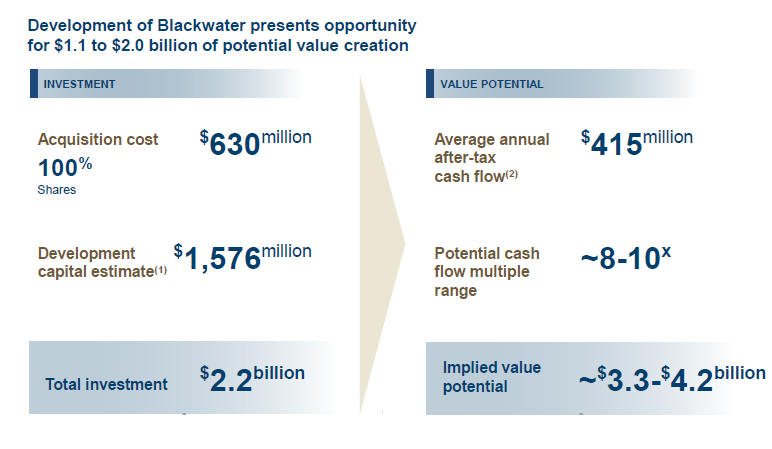 I still like New Gold but it is riskier than the more production (and not development) oriented Randgold and Polymetal (the former has net cash on the balance sheet too).  I like the low cost orientation but acknowledge concerns about funding the development project.  When faith rises in the gold industry New Gold shares are well-primed to fly.  The better news in the interim that at least the executive team are aligned given a good share ownership.

Given my constructive view towards the gold price this justifies the holding.  So buy more to boost my quite small holding?  Thinking about it but not diving in immediately.

Email ThisBlogThis!Share to TwitterShare to FacebookShare to Pinterest
Labels: gold