So the less good news out of Asia today is that the record breaking Australian stock market run is over.  This excellent graphic from @_PeterWells highlights the outlier status: 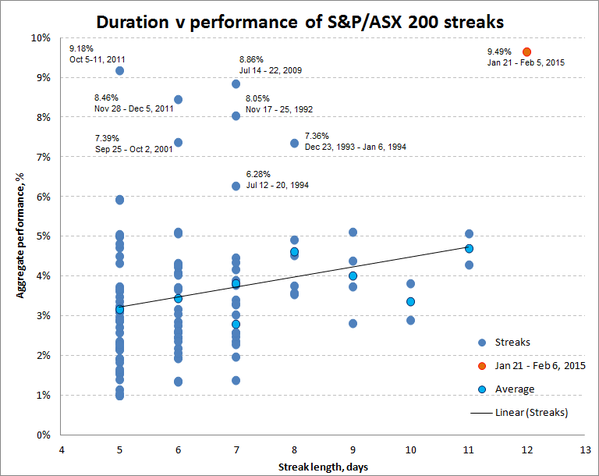 The capability for an index roll here is clear... 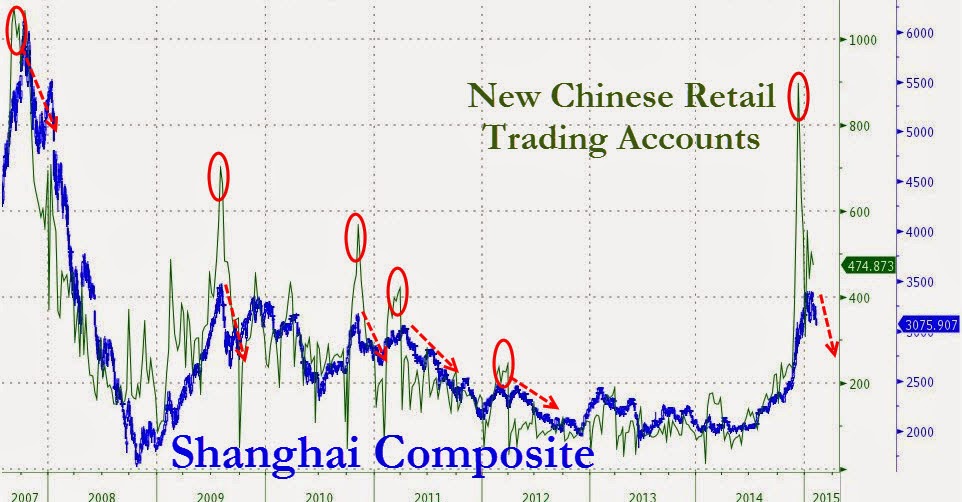 With the talk of further restrictions being imposed on Chinese brokerage account margin levels and the ability of firms to sell product no surprises that the Shanghai bourse is stuttering a little above the 3,000 index point mark and loan demand (despite money supply growth) is slipping: 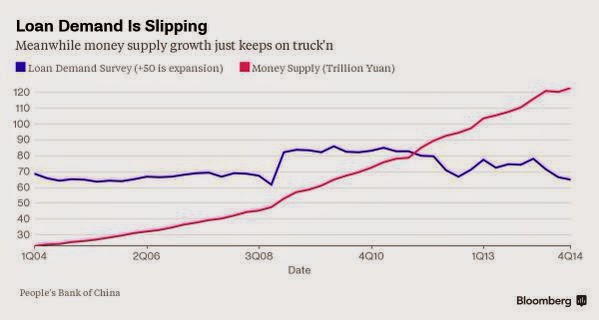 Interesting conclusions from Moody's in its just-released report "Asia Pacific: Moody's 2015 Asia Outlook: The View from Hong Kong and Singapore".

To quote from the report:

In both cities participants agreed that economic reform is gaining traction in Asia. But the majority of those surveyed in Hong Kong (51%) had the greatest optimism about the rolling out of Third Plenum policy measures in China, whereas a plurality of voters in Singapore (37%) appeared more enthused about the unfolding reform agenda in India.

Moody's poll further showed that China's property market is seen as the most likely trigger of a downside growth shock in the Mainland. In total, 39% of respondents in Hong Kong and 45% in Singapore identified this as the greatest threat to China's growth, over risks stemming from the shadow banking sector (30% and 18%), the rising corporate debt burden (15% and 23%) and weaker-than-expected global demand (15% in both cities).

Finally, is this how good Japan can be at the moment?  To quote a Fast FT article:

'The consumer confidence index compiled by the Cabinet Office for January showed a reading of 39.1, slightly below of expectations but still a modest uptick from December, when the result was 38.8. Readings below 50 indicate that households - around 8,400 are surveyed - believe economic conditions are getting worse. Economists had expected a reading of 39.3'