China Vice FinMin: China Supports `Strong' Euro’ – of course they do as it would mean a weaker US dollar to which the yuan is pegged...

Chinese banks still finding ways around restrictions (link here):
The margin credit balance in Shanghai is about 3 percent of total market capitalisation, compared with the last reading of 1.8 percent for the New York Stock Exchange in November.

Meanwhile this Bloomberg piece noted one of the impacts of lower margin...a lower stock market:

The Shanghai Composite Index slipped 1 percent to 3,229.09 at 1:17 p.m., extending this week’s loss to 3.6 percent, the biggest since Dec. 20, 2013. After a 37 percent rally in the fourth quarter, the Shanghai index lost momentum this month as the government took efforts to cool the growth of margin loans. Turnover sank 63 percent from its peak in December through last week, while new equity account openings fell 44 percent and purchases using borrowed money dropped 55 percent.

China might be on a PPP basis the world's largest economy but it is a still fast evolving one too: 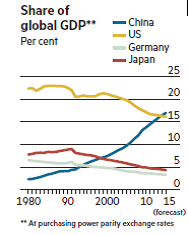 Abenomics is still warped in my view.. 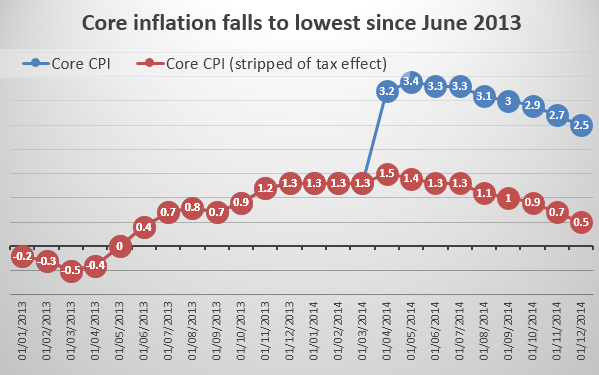 Aussie stocks are on a seven-session winning streak and the ASX is above the 5,600 mark for the first time since September. Surely nothing to do with:
Bloomberg RBA Survey:
- 6 Of 27 See A Cut Next Week
- 12 Of 27 See A Cut By March

MUST READ
Should there be a new Plaza Agreement between global central banks on FX/related?  Great piece here with this fantastic quote contained within:

Vineyards often surround vines with rose bushes…as an early-warning system. Since rose bushes are vulnerable to disease, wine makers know their grapes are in trouble long before disaster strikes. Small, open economies like Singapore and Switzerland serve a similar role for the global economy

New rush for junk –
Investors poured $2.77bn into mutual funds and exchange traded funds investing in junk debt in the week ended January 28, according to the latest Lipper report. 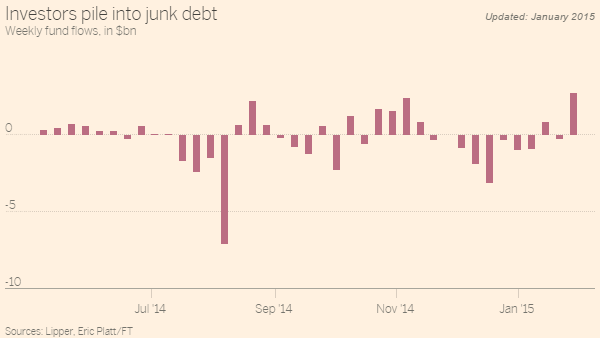 That was the largest amount of inflows experienced by junk bond funds since September 2013 and also marks a sharp reversal from the $241.3m in outflows in the previous week,

And now - in future posts - onto the huge numbers of companies that have reported...