One simple chart from yesterday's Financial Times...so many questions! 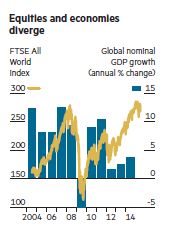 Of course we could just put our faith in that this year ends in a '5'! 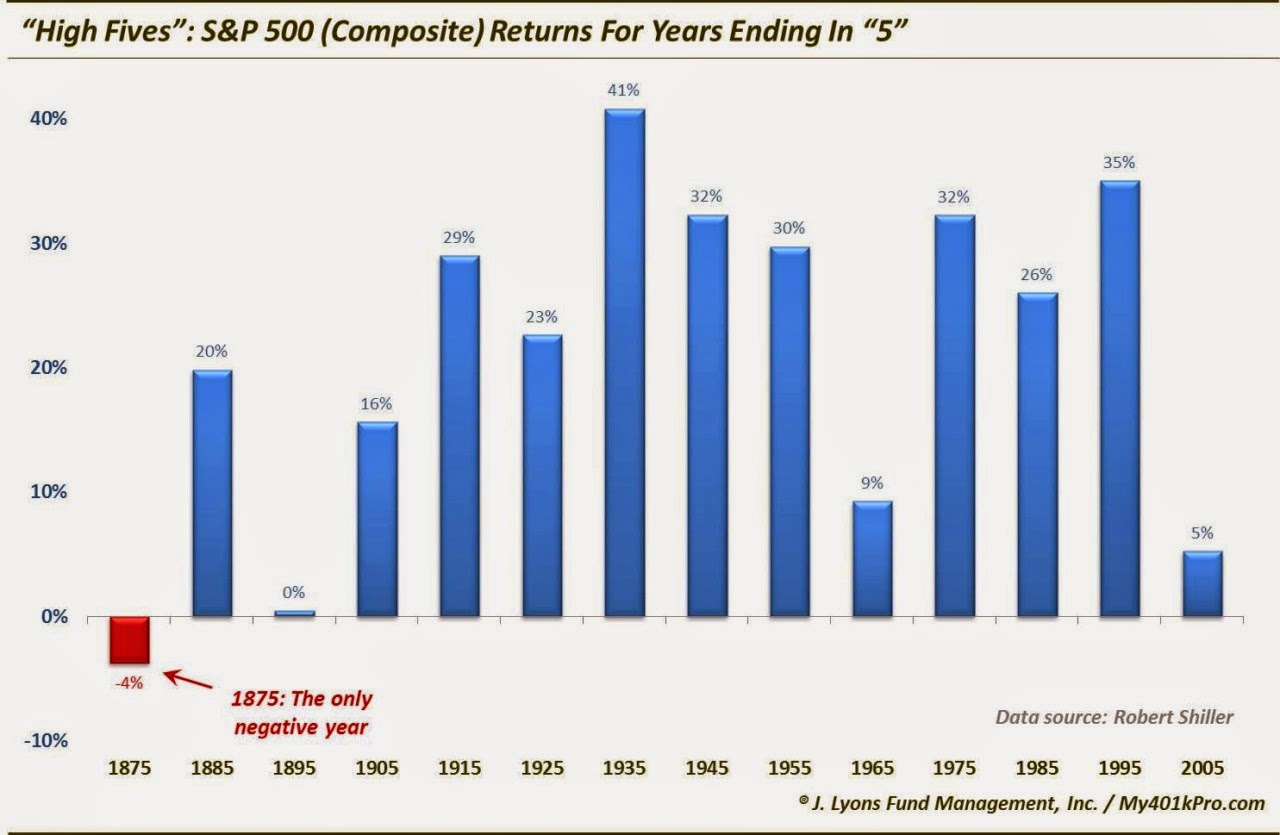 
Interesting Wall Street Journal corporate CEO survey here: 'corporate leaders overwhelmingly inclined to turn a frown upside down. They are bullish on 2015 and cite a long list of new tailwinds, and a shorter list of headwinds'.  Inevitably bullish...and apparently companies keep the bad news to a Friday... 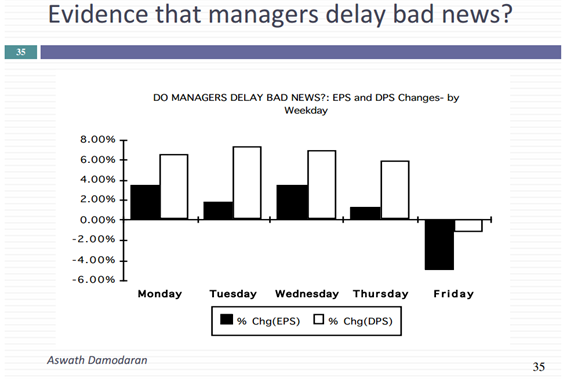 And just why do annual reports keep getting longer and longer?  I would not mind if I felt investors were getting more insights (rather than adherence to various regulatory demands): 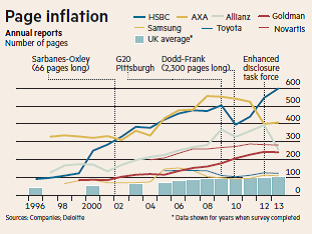 Excellent podcast link here from Tom Winnifrith musing about what the re-emergence of "G-Pap" onto the Greek political scene may imply. Will this news have any impact on next week's polls? 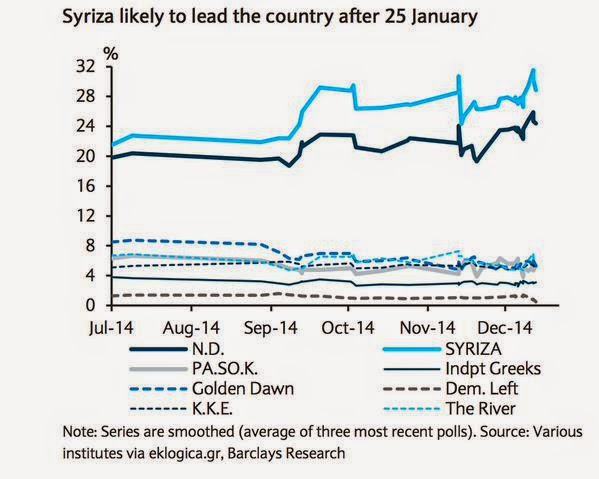 With the euro lurking just above that critical 1.20 level against the US dollar this cartoon is very timely... 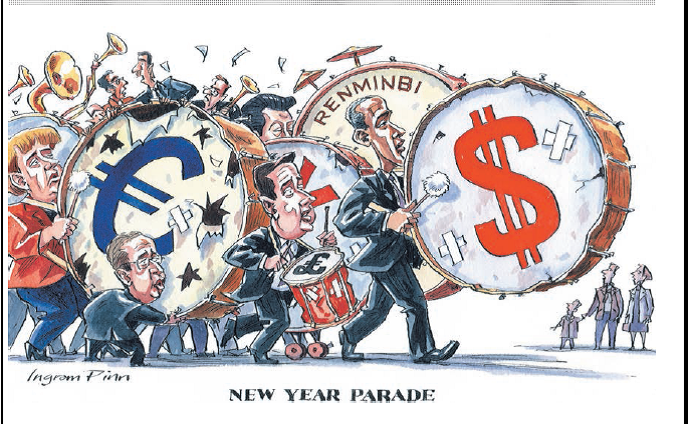 ...it is just not healthy for the German bond yield curve to look anything like the supremely troubled Japan: 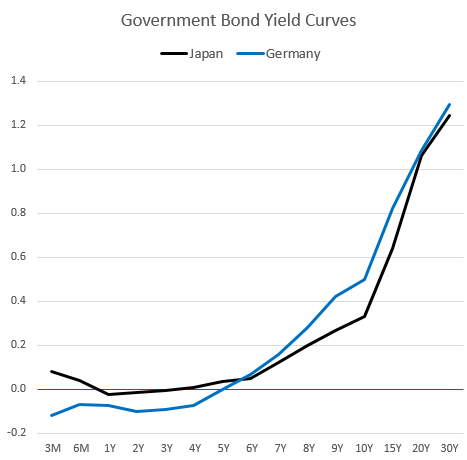 Aside from Greece and the UK, Nigeria has an important upcoming election in the first few months of 2015 too.  Here is a very good update on some of the key issues for Africa's most populous country where the race looks to be a tight one. 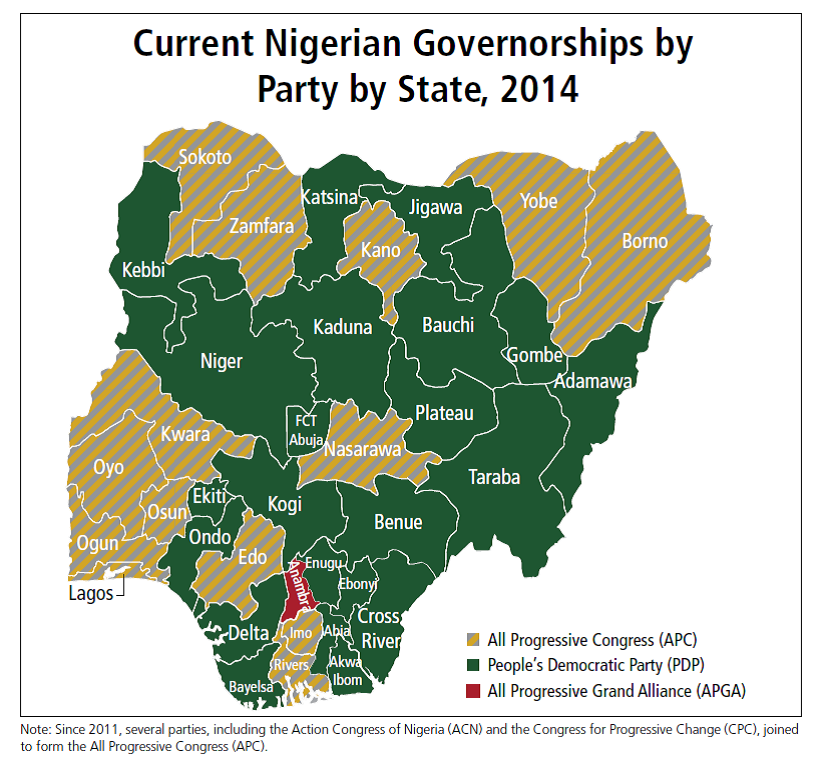 Nigeria does not rank highly on the carbon dioxide league table.  Interesting graphic via Stratfor 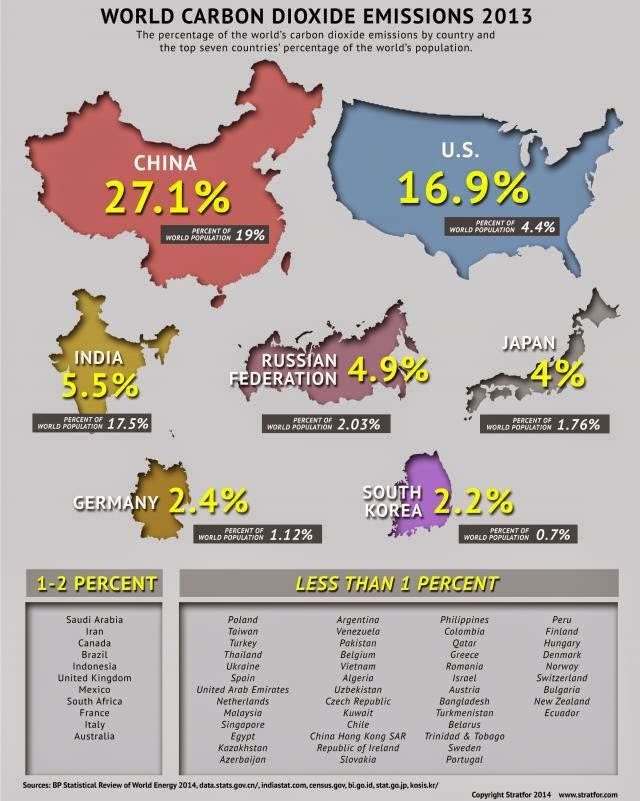 The continuing rise of mobile is nicely captured by this chart: 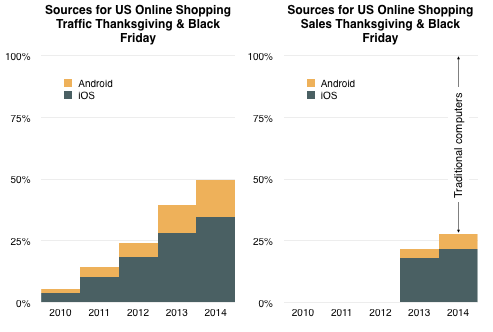 
I enjoyed this quite personal piece on BHP Billiton on the Seeking Alpha site:

'Tech stocks will come and go, (MySpace anyone?) some will stay (Google?) but BHP and Rio Tinto in one impersonation or another will hang around to the end of time, or at the very least for the lifetime of all Seeking Alpha readers. And so it is regularly part of my portfolio, and as far as I am concerned, the bigger the better, and they don't come much bigger than BHP'. 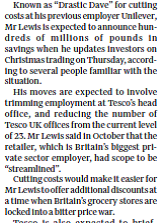 I note The Sunday Times is talking about the company reforming its supplier relationships too...and also raised the spectre of a UK trading division loss for 2014.

Historically we are getting there for gold stocks - an asset class I like for 2015: 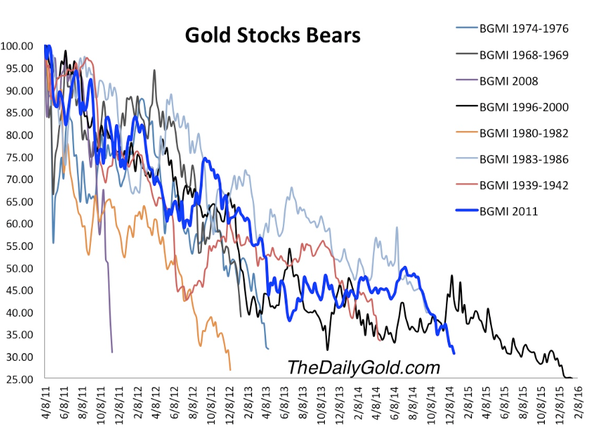 Good news via Bloomberg for Chinese smartphone maker Xiaomi who recently did a fund raising at an implied US$45bn valuation:

Xiaomi Corp., whose investors include billionaire Yuri Milner, more than doubled its revenue in 2014, according to a blog posting by Chief Executive Officer Lei Jun.
The Beijing-based company’s sales before tax rose to 74.3 billion yuan ($12 billion) last year, Lei said on his microblog yesterday. It sold 61.1 million mobile phones, 227 percent more than in the previous year. Xiaomi plans to release its Redmi smartphone and will hold a press conference on Jan. 15 to discuss an “important flagship” product, according to the post.
And finally...

Nice post on finding time to read. I totally agree.