We know that Schlumberger is not a particularly humble company.  I was leafing through the corporate presentation they gave in early December and noted how they talked about their strengths... 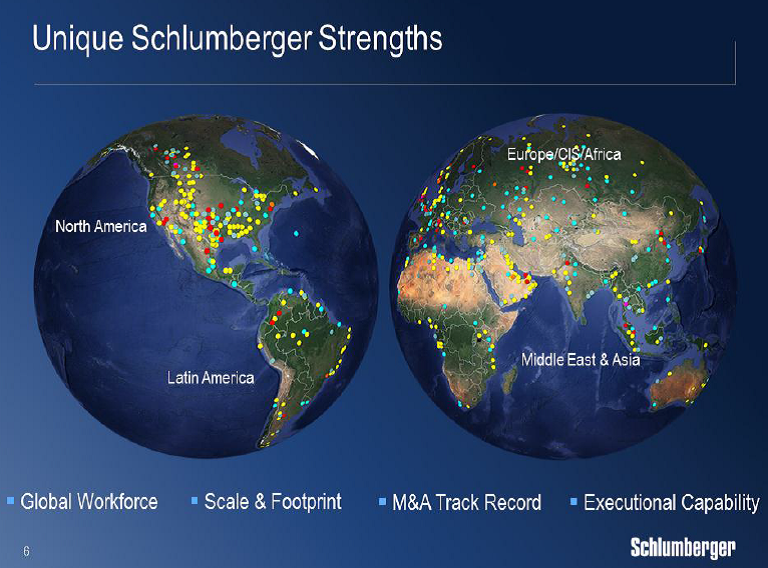 ...and industry-leading margins in all geographic divisions around the world (the example below pertains to North America) versus their main peers Baker Hughes and Halliburton: 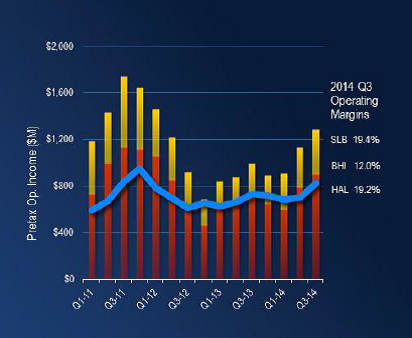 As the global number one oil services company I guess it gives you room to boast.  Falling energy prices have led to a few new challenges however, so how did the company's Q4/FY numbers look?

My first thought is of a dichotomy.  Revenues and profits are still rising on a year-on-year basis plus a nice healthy dividend rise.  Look at that last line however: that is one ugly write-down (which also involved over 7,000 job cuts). I also note the share buyback occurred at an average price of just over US$90...versus the c. US$75 level the shares traded at just prior to the announcement.

To get a real feel for how the business is developing we need to look at the sequential quarter-on-quarter numbers. Whilst margins are down it is hardly apocalyptic - of course just like the infamous Road Runner cartoon image you can go over the (lower oil price) cliff and it takes a while for contracts to be hauled back and the like.  The above noted write-down tells you it is coming.

Management acknowledge this in the conference call with a 10-15% drop in international (non-US) capex expenditures by their client base being pencilled in. The North America side necessarily is a bit hazier:

'Looking forward in North America we see a relatively flat first quarter for offshore activity in the Gulf of Mexico as well as solid activity in Canada. However the dramatic fallen oil prices has already led to a reduction of around 400 rigs in US land compared to the October peak and we expect the trend of activity reductions and pricing pressure to continue in the first quarter'

My view is that a 40% reduction in full year 2015 profitability versus 2014 feels about right. There will be some benefit from mix ('shale producers now want better technologies to squeeze more oil out of the wells') but Schlumberger's profits are hugely leveraged with activity.

I would make similar timings about cash flows too.  Net debt levels remain modest and this gives flexibility.  Free cash flow levels were also strong in Q4 and the announced c. 25% capex cut announced should help keep them positive despite the operational backdrop. 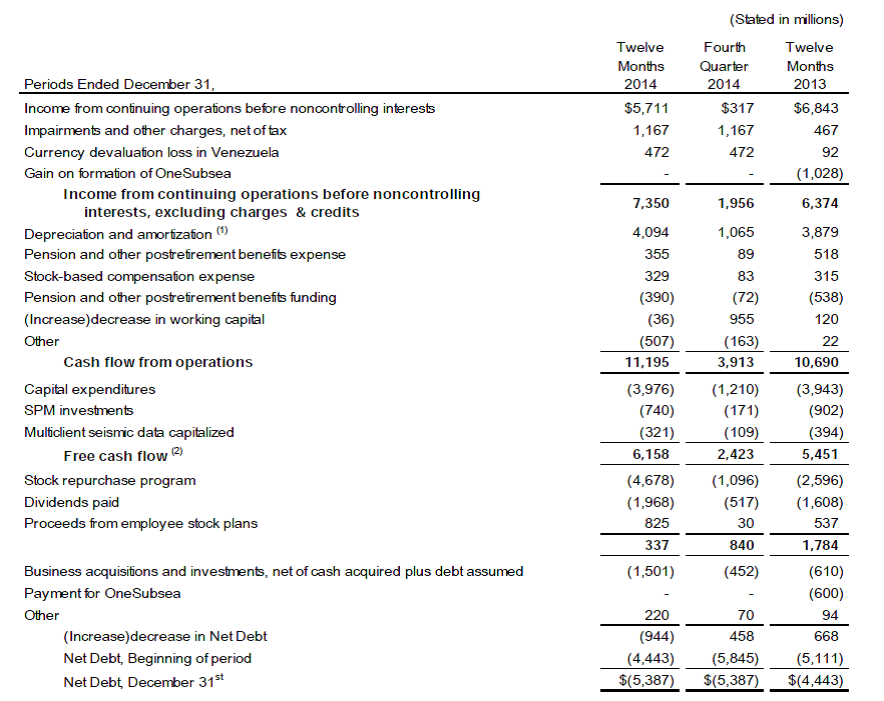 I also note that the company said that market share limitations should melt away with the proposed merger between Baker Hughes and Halliburton.  With these two big peers navel-gazing, I would agree that this remains a good opportunity for the company even in a difficult market.

With an EV of c. US$111bn you still need 'read through' willingness to get comfortable with Schlumberger today as the company is probably trading at a forward rating of around x17 EV/ebit. With a 2%+ yield and continuing share buybacks (equivalent to around 1% of market cap in Q4 alone) the company is making good efforts to remunerate shareholders.  The environment is clearly difficult but much feels priced in -and the merger of the industry number two and three can only help.  I do believe that the oil price is unlikely to go materially lower and hence industry capex levels are also unlikely to crumble further beyond the current expectations (c. 35% down).

I was not surprised that the shares bounced to c. US$80 on Friday after the numbers were released.  This is a much better company than at the last oil nadir in early 2009.  For non-holders I would initiate a position 'on a bad day' below US$80 and then add at each US$5 level below (US$75, US$70 etc.)  A target? I would not re-review until around the high US$90s / US$100 level.