1. Hard not to look beyond the brokerage crackdown induced move in China first. Of course eminently sensible given the outsized nature of recent account opening.  From a technical/psychological perspective the critical thing for the Shanghai bourse is to stay above 3,000 index points...

2. Many, many fascinating thoughts from day one of the Asian Financial Forum which I write up here including why microeconomics in China is more important than anything else, why consumer stocks appear to be contrarian and why stock pickers should find 2015 to their liking... 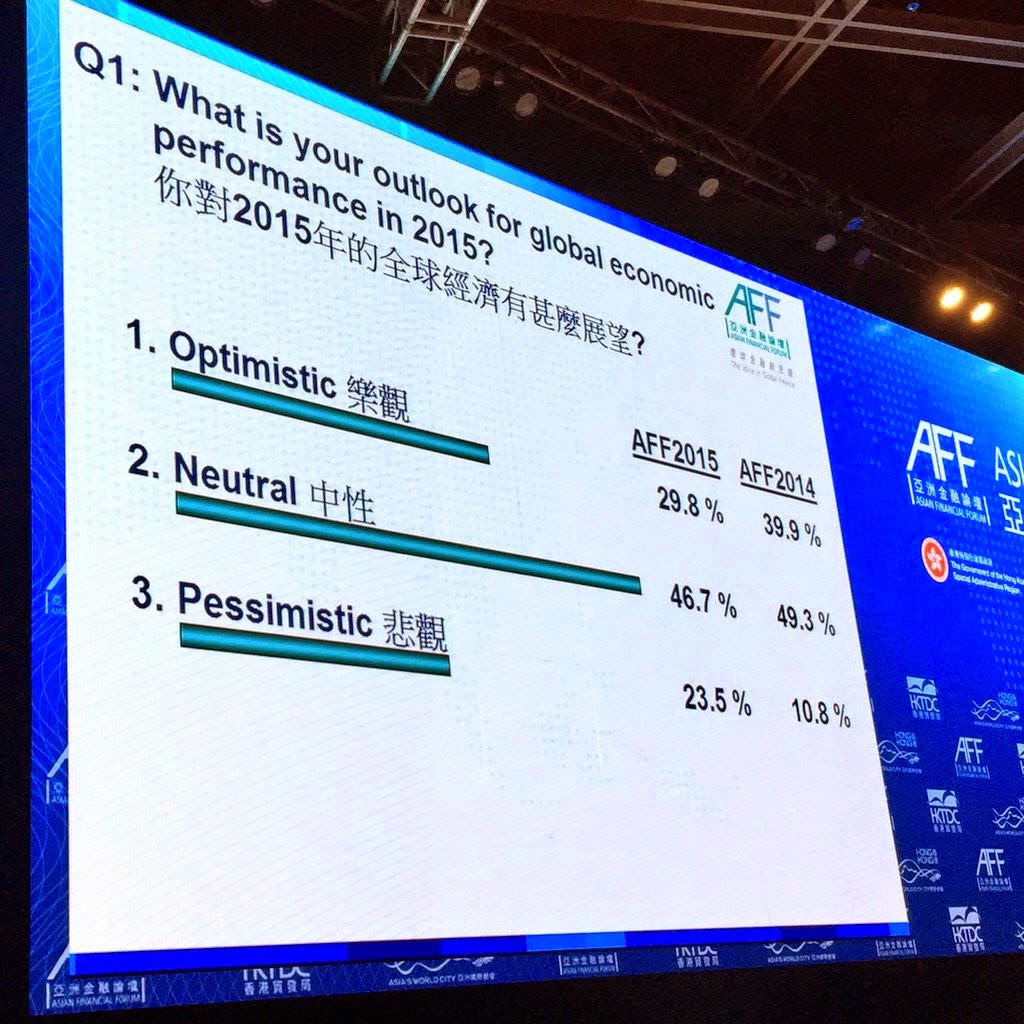 3. How much of a mess do European politicians get in over QE?  Hollande is forced to retract QE-is-a-coming comments as a 'hypothesis' whilst ECB's Coeure says 'Nothing decided on QE' and Ireland's finance minister said that any risk-sharing would render QE 'ineffective'.  It still feels to me as if the Sunday Times story I included in this week's Stories we should be thinking about email on Sunday remains correct: much more volatility to come on the ECB/QE front.

4. So the US was closed for the Martin Luther King day holiday but the headlines appear to be being made by this headline from the WSJ observing that US interest rates are on track to move up later in the year.  This strikes me however as just one of those stories where everything remains up for grabs.  Remember this graphic I used a couple of days ago? 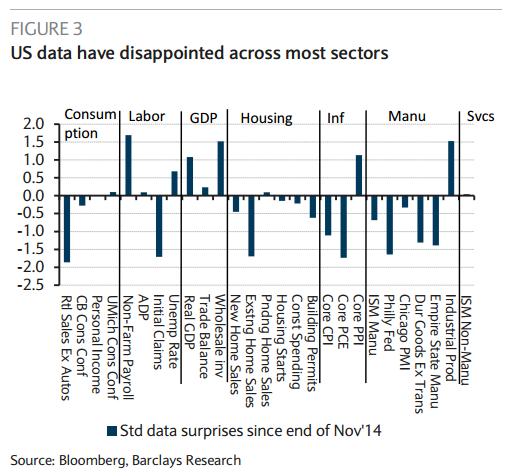 5. Let's finish where we started with more brokerage account volatility.  I thought the text of this Saxo Bank update was fascinating... 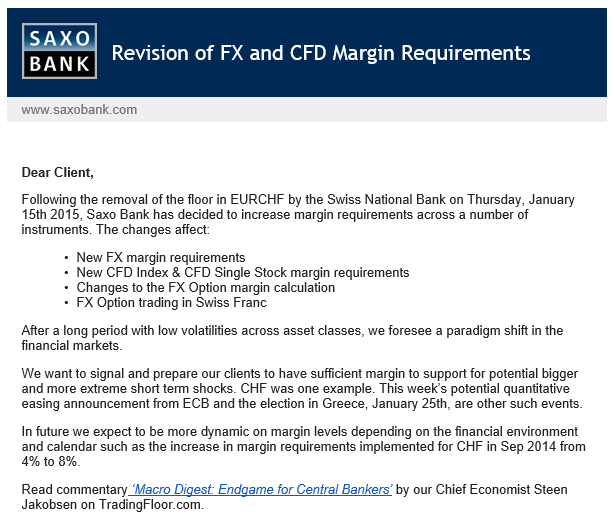 ...you can see what they mean about a 'paradigm shift' of volatility: