1. A few interesting statistics from the surprisingly volatile New Year's Eve trading session in the US in this Bloomberg report:

'U.S. stocks fell, erasing December’s gains for the Standard & Poor’s 500 Index...(but still and despite the big rise of the US dollar this year) among 24 developed nations, the S&P 500 trailed only the stock-market returns in Denmark, Belgium, New Zealand and Ireland in local currencies this year'

2. I noted that the latest AAII sentiment survey showed the bull-bear ratio at 32.4...or deep in the 90th plus percentile... 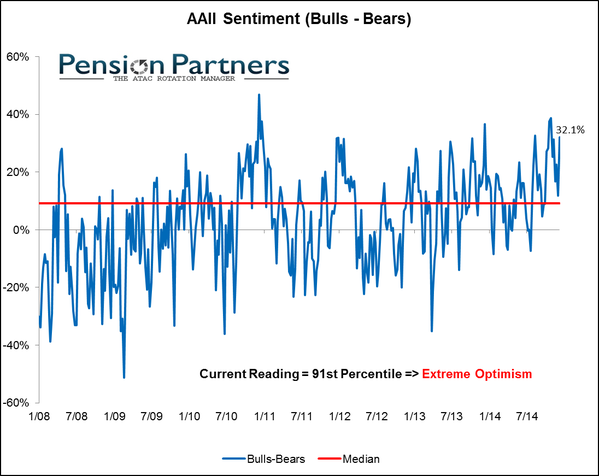 "There are plenty of ways to adjust monetary policy," Kuroda said in an interview with the Mainichi daily that ran on Thursday, reiterating that the BOJ was ready to expand stimulus again if needed to meet its 2 percent price target.

As I talked about in my 2015 macro thoughts piece ''What's the Japanese for crisis?  Abenomics will be perceived as a clear failure by end 2015'

4. Spot where the New Year consumer debt overhang in Europe is likely to be the worse (surprising top three of Denmark, the Netherlands and Ireland): 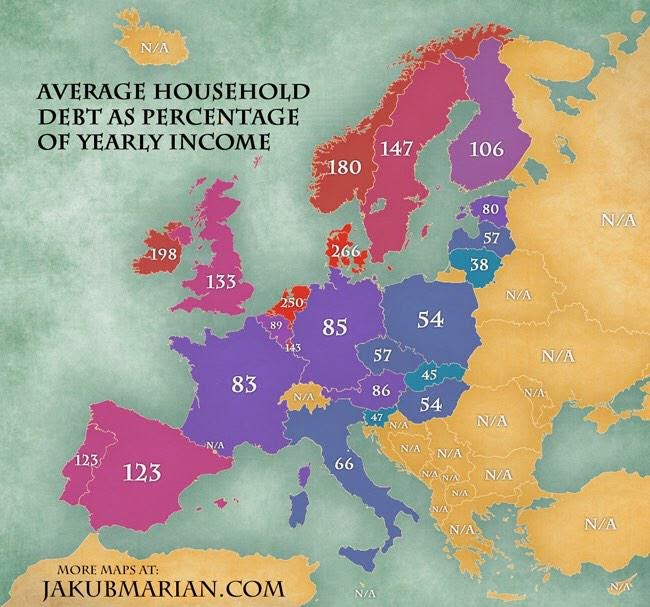 5. I note Greece does not have any statistics in the above graphics...possibly a good thing.  I thought this was an interesting article which noted 'A new term being bandied about in European meetings is that Greece is “unreformable,” in short that it is doomed to fail'

It might only be the first day of 2015 but the new year is shaping up to be a fascinating - and volatile - one!