At what price do you buy McDonald's stock?

Back in early December when I last wrote about McDonald's I concluded that:

'So there is yield (the dividend yield is c. 3.5%) and the aforementioned franchise / brand value.  That is what you are buying McDonald's for at the moment...and/or some belief that the brand refresh/new menus will resonate more with the 2015 consumer.

For myself I am not buying the stock...although I cannot say the same about their products...' 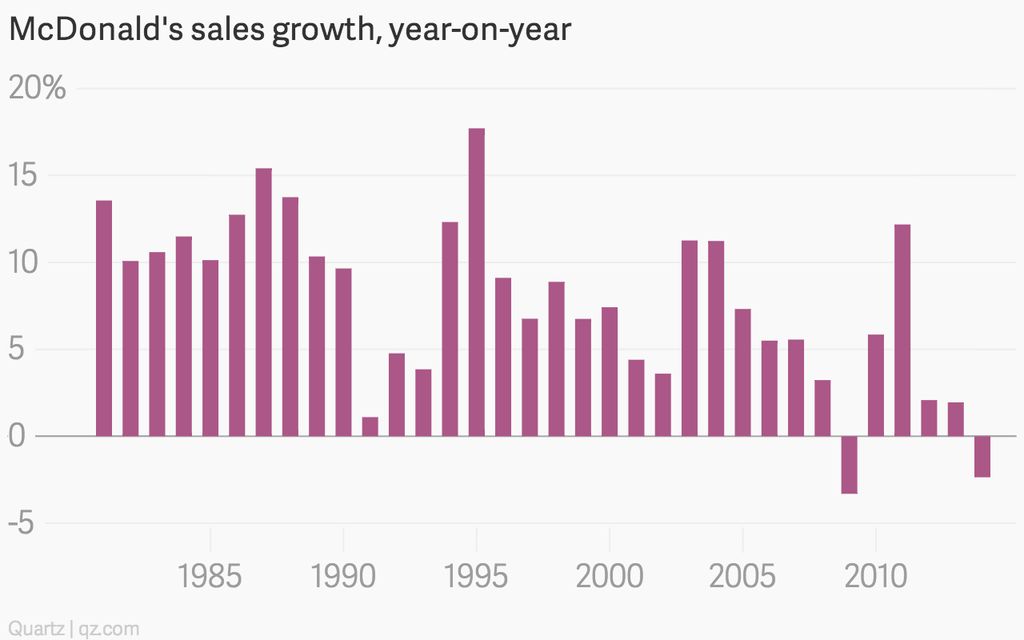 And the shares?  Well as the one chart below shows initially it looked as if too much pessimism was already priced into the share but by the end of the session normal service had been resumed and the share was down...

...contributing further to the last three plus years of sideways share price movement (reflecting a sharp underperformance of the broader market)

Leafing through the company's statement and conference call transcript, I like the sound of menu simplification (McDonald's plans to cut the number of extra value meals on the menu from 16 to 11), refranchising 1500 restaurants and most of all the plan to return US$6-7bn to shareholders in full fiscal 2015 in the form of dividends and share repurchases. That latter statistic captures the attention for a US$87bn market cap / US$99bn EV company.  Debt remains a non-problem at c. x1.4 ebitda.

So what's the price to buy?  Well at that US$85 level last seen in late 2012 it might trade near x10 EV/ebit with a 4% yield and starting to face some much easier comparisons.  That's one level to note down.  Yield hunters may already be in the stock but for those - like me - with a more balanced investment objective the mid US$80s is more that level.

In the meantime, I'll stick with a cheeseburger (or three).