A further tweak in the bubbling away currency war today in Asia this time from New Zealand with the country's central bank not only saying that further tightening was on hold but the unjustifiably high exchange rate would "weigh on growth" and likely see "a further significant depreciation."

That helped to take the New Zealand dollar down to levels seen a few years ago...although the exchange rate (against the US dollar) remains far below that seen at the height of the recent financial crisis:

Meanwhile in Japan the credibility of Abenomics was hit again as December retail sales fell 0.3 per cent, pushing the annual gain down to just 0.2 per cent. Economists were expecting a 0.3 per cent monthly rise and a 0.9 per cent annual gain.  As the chart below shows (source Fast FT) Abenomics on this (and other measures) remains lacklustre at best...

China plans to cut its growth target to around 7 percent in 2015, its lowest goal in 11 years,

The former has certainly overhung the Chinese market today although the index remains over 3,000 index points:

Meanwhile, an interesting report on Bloomberg today noted that 'Standard Chartered Plc estimates 65.8 billion yuan ($10.5 billion), equivalent to 7 percent of Hong Kong’s yuan savings, has gone into mainland equities since the Shanghai-Hong Stock Connect began that same month' which has led to distortions like the Hong Kong short-term deposit rate being materially above the Chinese equivalent: 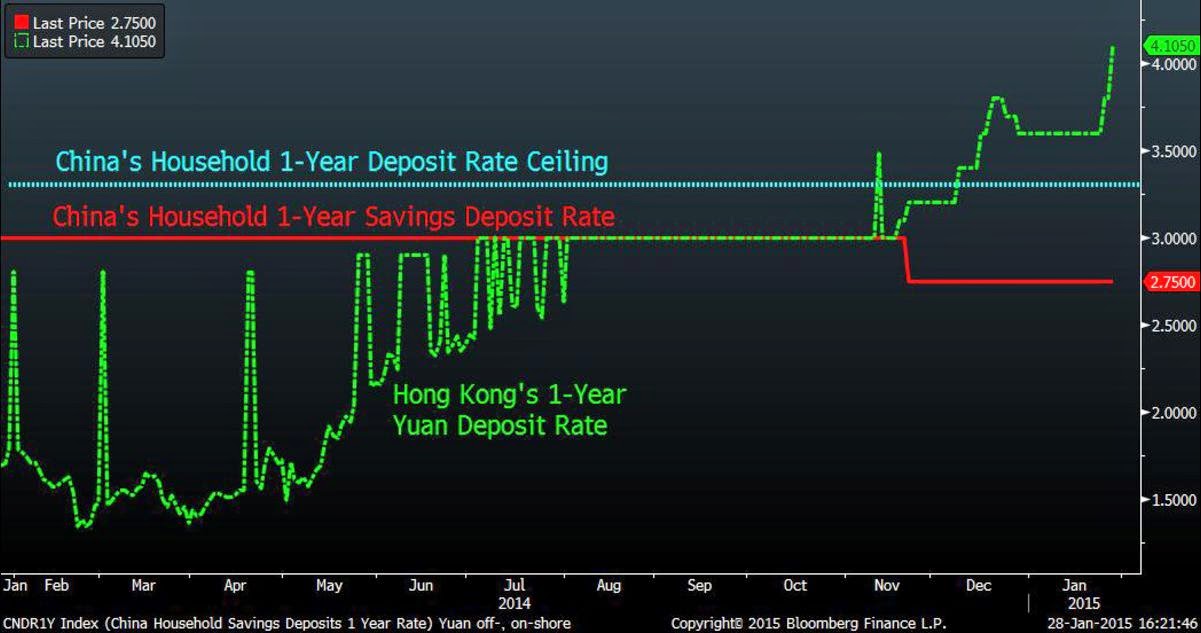 Staying with China, there was a really interesting report from the Peterson Institute on the Chinese services sector which famously is not a high proportion of GDP: 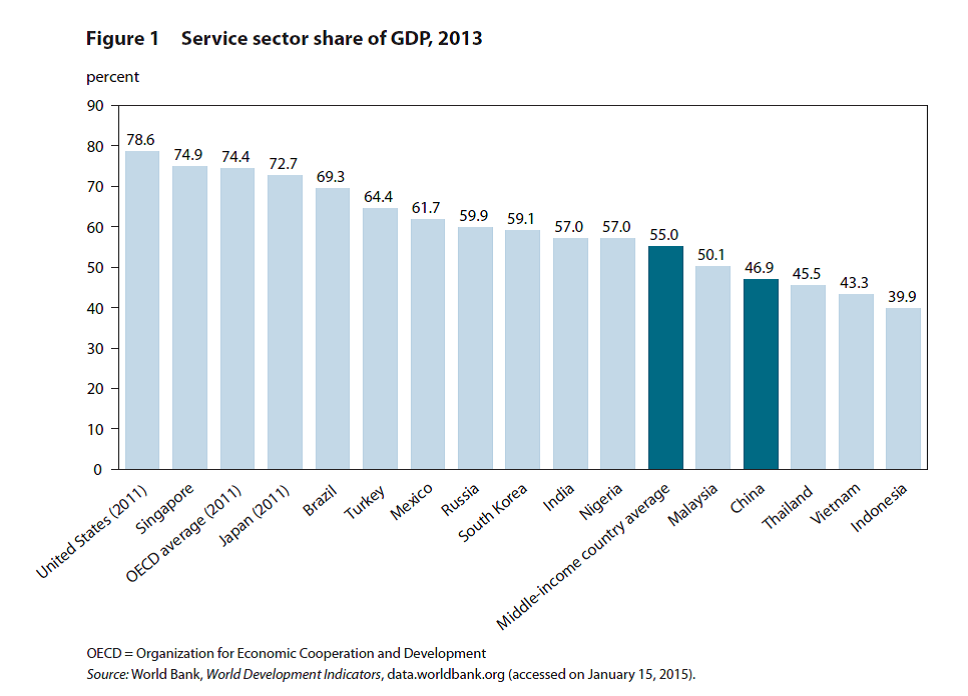 So why is this?  Chinese government interests in areas such as water, transportation and education have been particularly influential.