Lots going on in Asia today.


The Japanese markets may be closed for 'Coming of Age Day' but the wires are full of new macro-level stories as the government issue a number of new economic targets and important macro insights:

Japan's government will propose a record budget for next fiscal year of more than $800 billion but cut borrowing for a third year, government officials said on Sunday, as Prime Minister Shinzo Abe seeks to maintain growth while curbing the heaviest debt burden in the industrial world.

So what to make of all this?  Record budget levels but a reduced borrowing requirement shows the difficulty (to be fair faced by all governments around the world) of controlling the absolute level of expenditure.  The trouble that Japan has is the still high absolute level of the budget deficit and debt burden.  I still remain short the yen but looking to be long specific individual stocks...

And then of course there are the demographic headwinds... 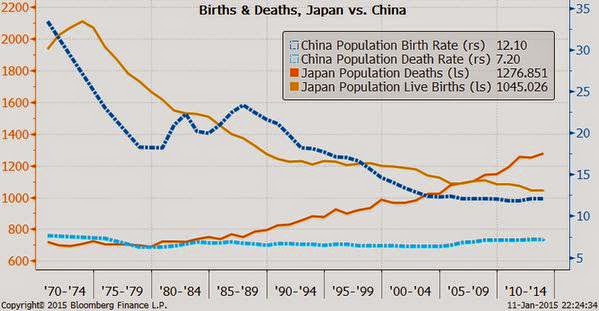 As for China, the Securities News said China stock investor confidence was at record high. However the Shanghai bourse was off 5+ year highs as an editorial in China’s Financial News points out that ‘The PBOC sent a strong signal via its annual work meeting that its “appropriately elastic” policy does not indicate a shift in monetary policy' and says that 'the meeting should dash speculation about a system-wide deposit reserve ratio cut, big interest rate cuts or credit loosening’.

That again feels right to me. The key for China going forward is more microeconomic rather than macroeconomic reform.  Talking about microeconomics, I note that Hong Kong  was barely up despite the Cheung Kong / Hutchinson Whampoa reorganisation plan which sent both shares +10%.  As the below Fast FT chart shows it is quite a complex reorganisation: 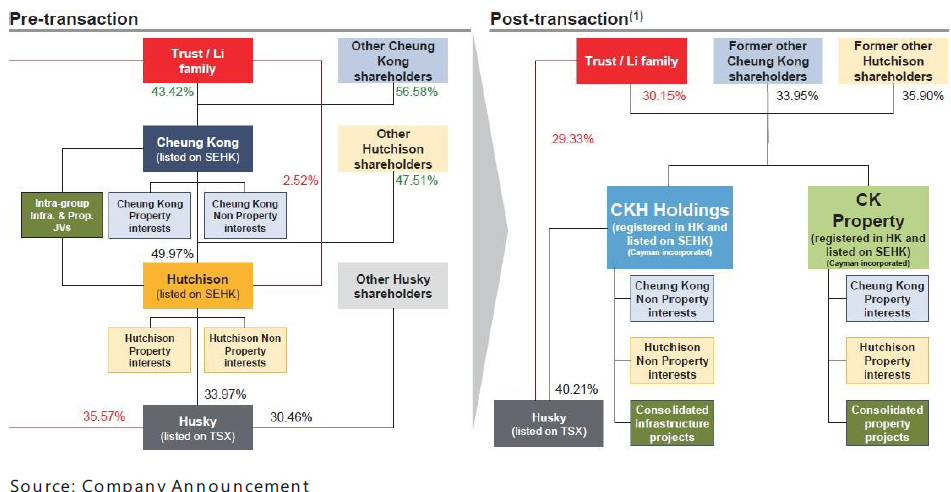 Still it does allow Li-Ka-shing to reclaim the title of Asia's richest man - apparently now he is US$3bn ahead of Jack Ma of Alibaba.

A couple of final links:

'Why low oil prices are not helping Asia' (link here) – essentially the end of subsidies, also energy cos reasonable part of benchmarks.  An interesting link.

Been a while since the AUD/NZD exchange rate traded at parity...getting closer now: