Whilst all eyes are on Greece and their elections, a few interesting developments in Asia that global investors have to be aware of.

First, did you see the drop in the Chinese yuan?  As Zero Hedge noted:

'The drop in the Yuan over the past 2 days is the largest against the US Dollar since Nov 2008 as USDCNY nears its highest (CNY weakest) since mid-2012. What is more critical is that for the first time since the new 2% CNY peg bands, USDCNY is trading at the extremes - 11.5 handles cheap to the fix. At the opposite end of the spectrum, the EURCNY just dropped below 7.00 for the first time since June 2001 with the biggest 2-day strengthening of the Chinese currency against the Euro in almost 4 years'.

Interesting. Given one of my macro themes for 2015 is greater currency volatility clearly something to keep an eye on.

My central thesis that most countries want weaker currencies continues to feel right...unless you want to crush your stock market like the Swiss.  As global investors work this out re the US market (via the strong US dollar) further volatility is going to result.

Of course one country in Asia that has followed quite aggressively recently a weak currency policy is Japan.  Today's trade data - particularly on the export side - is perhaps showing some sequential benefit from this: 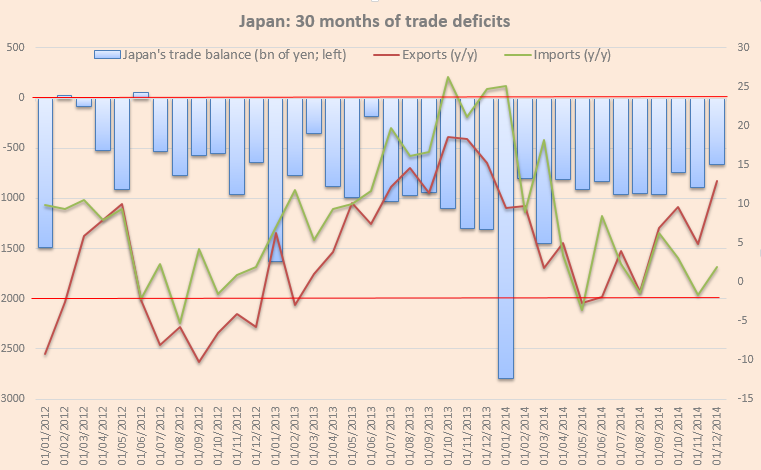 And people wonder why other (Asian) countries are looking to weaken their own exchange rates...

I have been a sceptic on Abenomics for a while (as with Europe the major problem is a lack of supply side reforms) and smiled when I read this report on how the local populace viewed it:

Sixty percent of the Japanese electorate does not think that Abenomics has had any significant impact on the economy, according to a weekend poll by Nikkei Inc. and TV Tokyo.

Just 15% of respondents saw an improvement, while 21% felt that the economy had actually worsened, because of Prime Minister Shinzo Abe's policies.

That sounds like a need for more money printing to me: 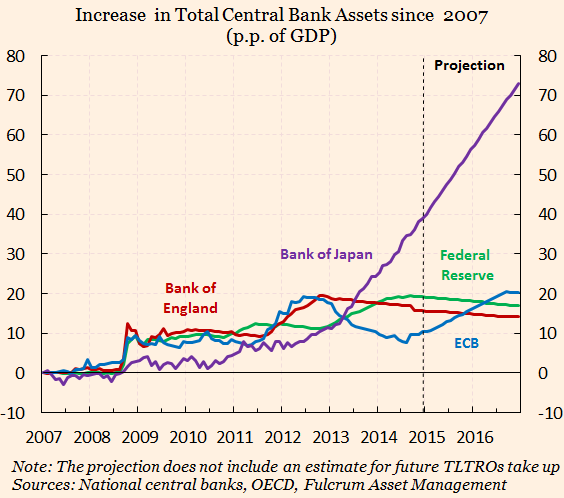