So the first day back at work for many (but not Financial Orbit of course!) and the early morning headlines are all dominated by euro.  Well you can see why: it is a big moment when the currency goes sub 1.20 as shown by this 10 year chart:

Of course this move reflects much of the policy-making and press turmoil that has been occurring over the last months - and which I have reviewed here day-by-day on Financial Orbit.  As laid out in my 15 Macro Thoughts for 2015 (and other articles) my view would be that US dollar strength is a growing issue too and this complicates policy-making around the world and hence provides that pro-volatility backdrop I am also anticipating for 2015.

Via The Daily Shot chart distribution I thought this graphic on searches for 'Grexit'  was good on the basis that as shown by the FX decline fear surrounding the 'Europe concept' is reaching a fever-pitch... 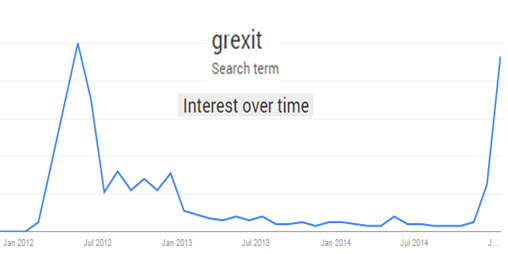 Sticking with Europe I note the 'Brexit' angle is potentially one step closer as per today's Financial Times...although there is a General Election for the Conservative party to win first I would also observe:

Asian markets have been relatively sanguine despite the above volatility in the euro (and oil prices reaching a new five-and-a-half year high).  A few quick observations:

The Shanghai market has an upward limit of 10 per cent on individual stocks. Right now it looks as though the entire energy sector could hit that limit: 19 of the 34 energy stocks have hit the limit and, on average, the sector is up a staggering 9.7 per cent.

However I notice a fascinating observation from the People's Daily that consumer prices may be negative in 2015.

As for Japan the yield on five-year Japanese bonds dropped to a record low 0.025 percent and I note this interesting report on Japanese property on a nationwide basis starting to struggle to show appreciation scope (link here).  The manufacturing PMI numbers were nothing special either given the yen's huge decline: 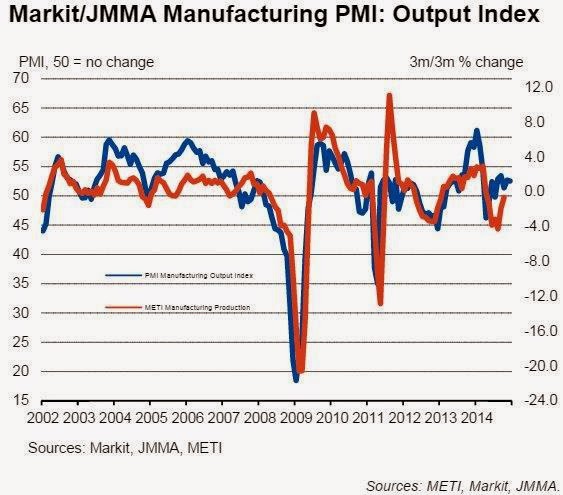