Stories out this morning (GMT)

Last day of the year...in an associated fashion this cartoon from today's Financial Times made me laugh: 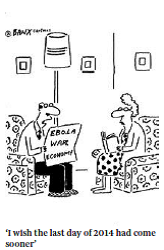 So what news today before we flip over into 2015?  Well the Chinese manufacturing PMI numbers were not the greatest with new orders contracting for the first time since April 2014... 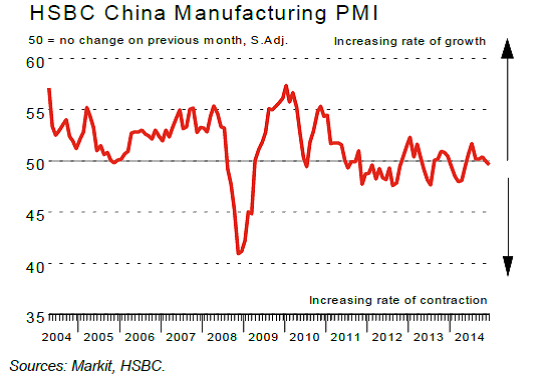 I note too that report authors Markit and HSBC call for 'further monetary easing in the coming months'.

Still, with the Chinese markets posting a 50%+ increase in 2014 another reminder that equities and GDP are rarely directly correlated.

A couple of other stories from China include the reasons for these crowds below in Shenzhen. As the People's Daily website noted that the city 'Starting from 6 pm Monday, only 100,000 new car plates will be allocated per year, a number which includes 20,000 electric cars.Upon hearing the sudden announcement, local residents made good use of the window of 20 minutes to rush to dealerships to buy a car' 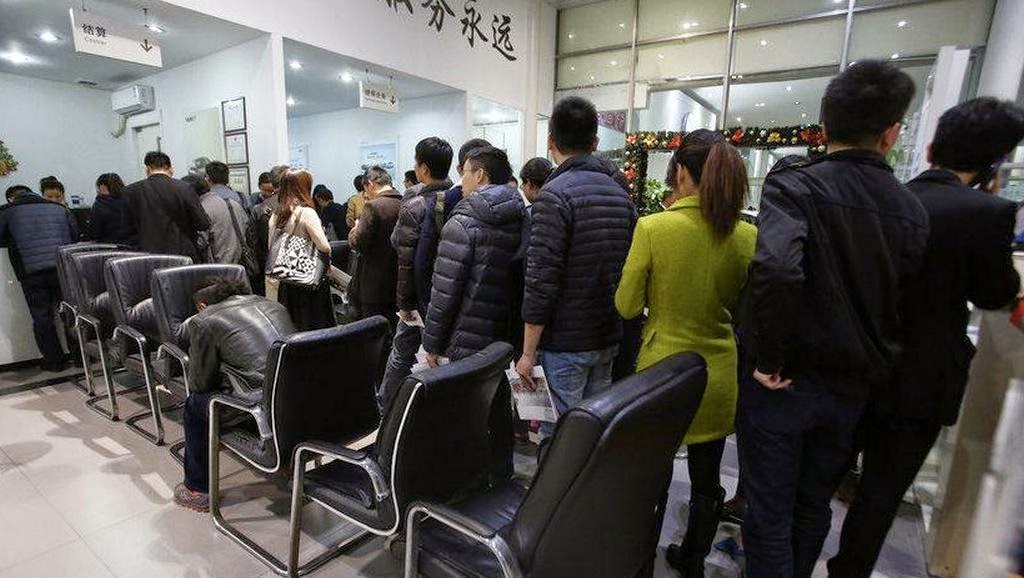 Interesting to read what the China Daily website thought of this: 'the city of Shenzhen could have done a much better job when introducing its own quota system'.  Ouch!

One of my macro themes for 2015 was an observation that social stability/the anti-corruption crackdown and - to some extent - a growing cult of personality around President Xi may well be more influential than the growth numbers to the nearest decimal point per se. Along this theme I thought this graphic was interesting: the rising footprint of "mainland" firms in Hong Kong: 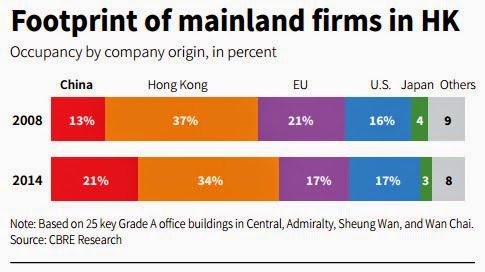 One other story of note in Asia and that is this editorial about the recent Japanese corporate tax changes from the normally relatively docile Nikkei Asian Review:


I would agree with that analysis.

Anything else...well three broader charts for the US economy showing some good news via lower gas prices... 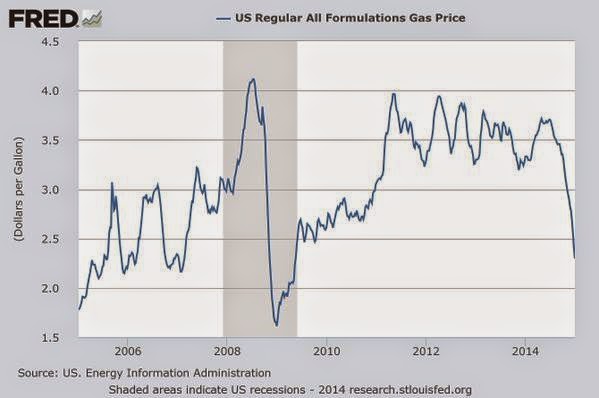 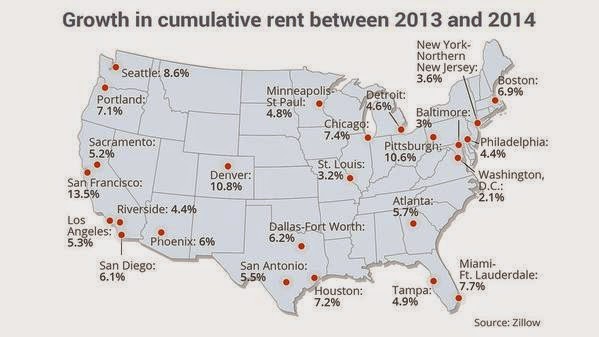 ...and wage-busting house price rises too: 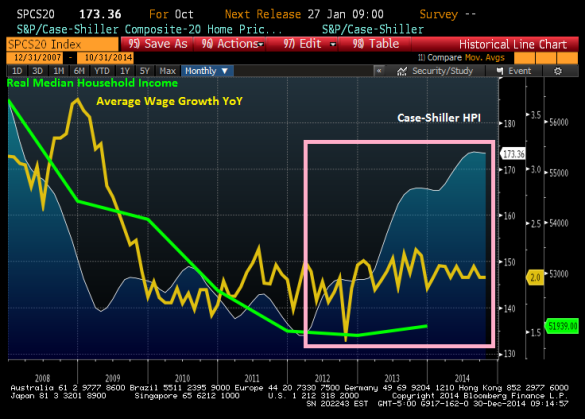 The US economy may be headline doing well but the struggles of the masses continue...unfortunately I think this continues in 2015.