A few thoughts this morning (GMT)

Not a particularly interesting day in the Asian markets today...generally down but after the recent run not amazingly so.  I do note that the yuan is at its lowest level against the US dollar since June...got to continue to watch the FX markets into 2015. 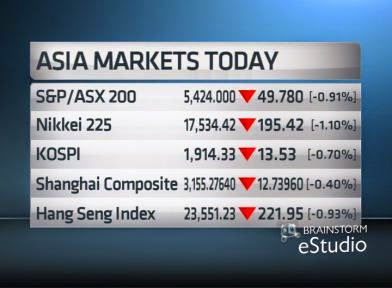 Two stories of note in the region include the phenomenal implied valuation of Xiaomi.  Personally I would see much greater relative value in Lenovo as observed in this extract from today's Financial Times: 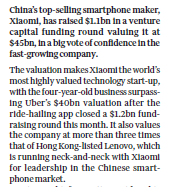 Also I note that China are continuing to use the oil price volatility to enlarge their Middle East interests in this observation from Reuters which makes perfect sense:

'China will speed up free trade talks with six countries on the Arabian peninsula and begin trade negotiations with Israel next year, state media said on Tuesday, as Beijing accelerates efforts to sign such agreements'.

A few general charts to finish off.  The 'Buffett Indicator' looks full although not maxed out versus recent history: 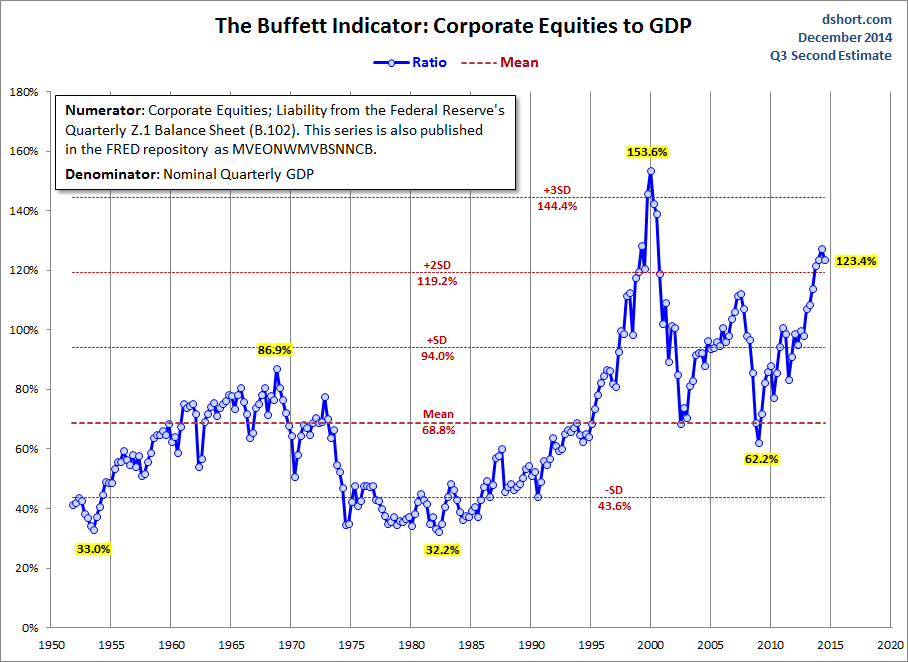 Greek equities took a further tumble yesterday and as per this chart have hit an important retracement level: 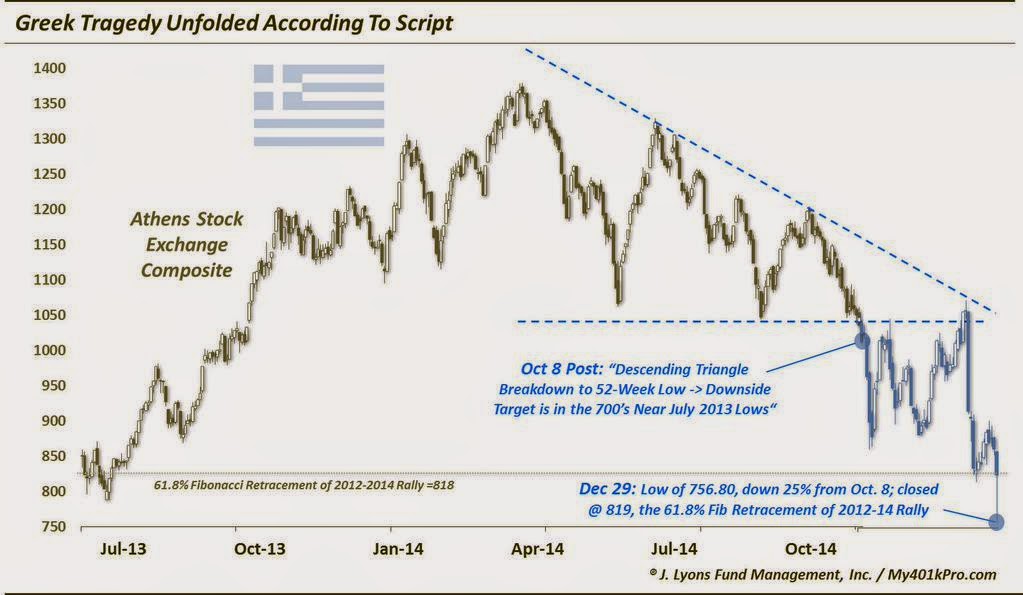 Meanwhile at least the Eurozone's newest member (from Thursday) are happy with their decision - they are even paying to join! 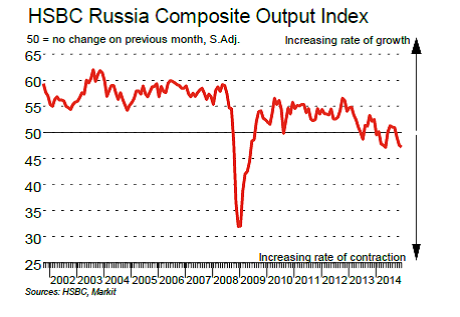 A few further statistics from this release:

Clearly going to be a difficult couple of years for the Russian economy.