Not last orders but poor orders

The quarterly update yesterday from the Swedish engineering company Sandvik was not well-received.  As Bloomberg noted:

I don't own shares in Sandvik but I follow the company because of the wide range of industries that it sells to.  Order trends were undoubtedly the major insight from this set of numbers.  To see every region (apart from Europe at just +2% off easy comparisons) having negative year-on-year order invoicing trends during Q4 was not good. 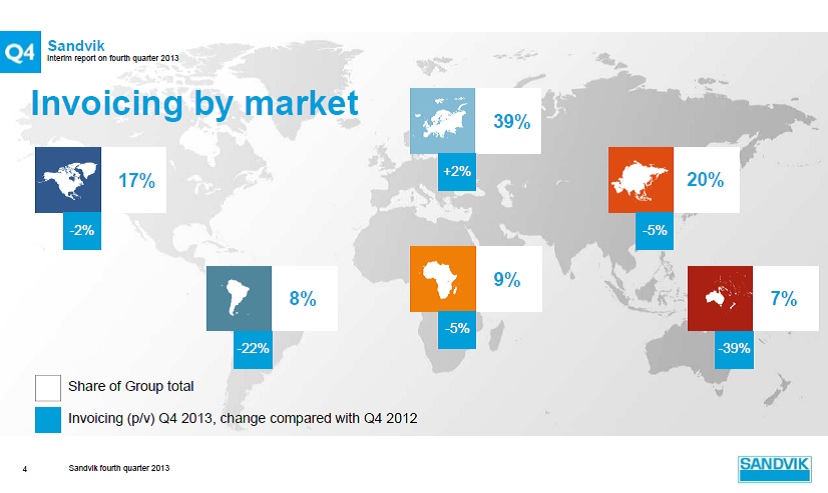 From a sector perspective, the reason for this is skewed towards the sales to the mining sector which remain sharply down as shown below.  During Q4 year-on-year ebit from this division fell by two-thirds. 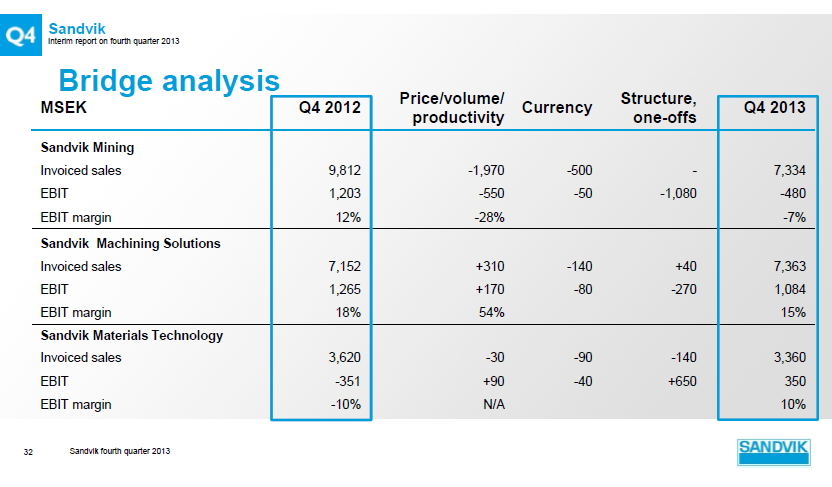 Sandvik shares troughed last summer at SEK80 and this would be the first level I would look at them again (currently the shares are in the SEK86s).  More interesting though, I thought, was the recent performance differentiation with another company heavily exposed to the mining sector: Caterpillar.
As shown below, the two shares have correlated fairly well over the last year, but over the last few weeks, Sandvik shares have underperformed by around 10% compared to Caterpillar's.

This in turn reminded me about the details from the PMI/ISM manufacturing data from the United States yesterday.  As Sober Look noted, new orders were a large part of any disappointment.  Whilst bad weather is a part of this, a large of new orders says something.  I continue to retain my Caterpillar short which was augmented when the share bounced above US$90 post results (see link here). 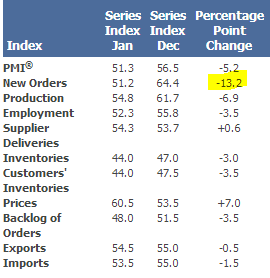