The views of the crowd at the Asian Financial Forum

I have enjoyed reading the twitter feed @aff_hk over the last couple of days or so and hearing the latest from the Asian Financial Forum.  What do you mean you have never heard of it?  Well if you are interested in global investments you really need to.  As the organisers put it:

'The Asian Financial Forum (AFF) brings together some of the most influential members of the global financial and business community to discuss developments and trends in the dynamic markets of Asia. This is your opportunity to build up contacts, gather the latest market intelligence, and explore business opportunities in Chinese mainland and the rest of Asia'. 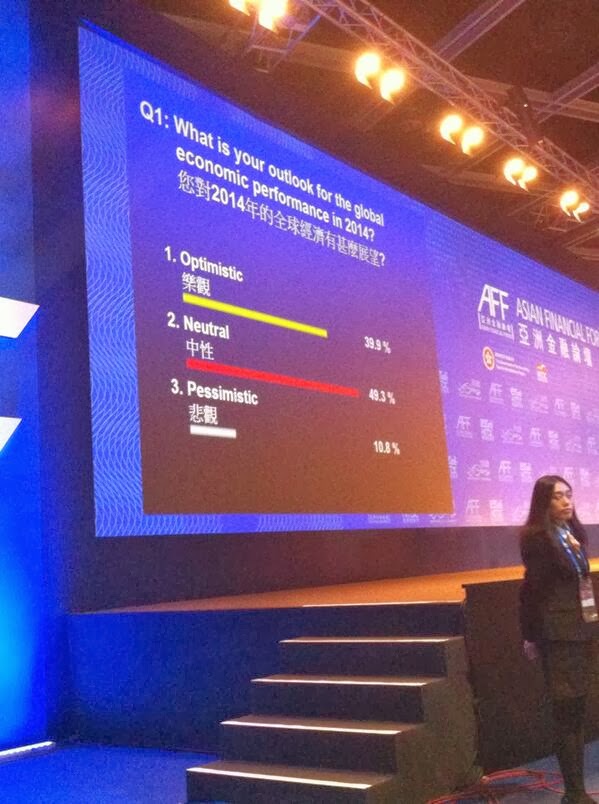 And the biggest global risk in 2014?  US 'tapering' followed by a hard landing in China and then emerging market structural issues.  Further European issues only ranked fourth. 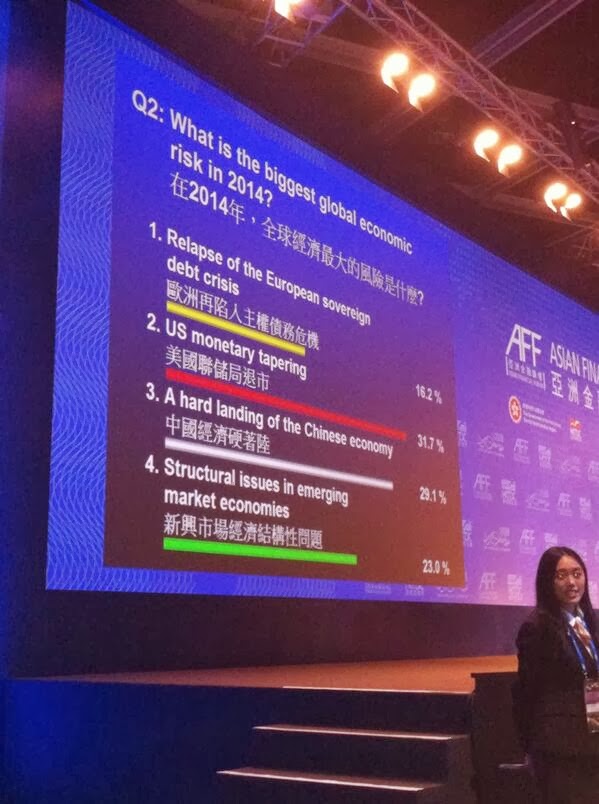 Despite this low ranking for ongoing/new European structural issues, those thinking that Europe was on the right track were only a few per cent more than those who did not... 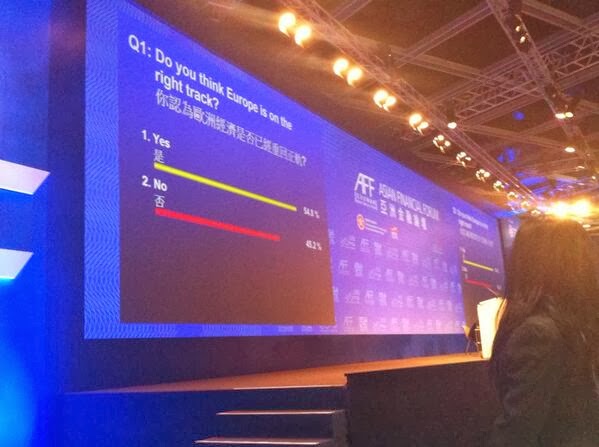 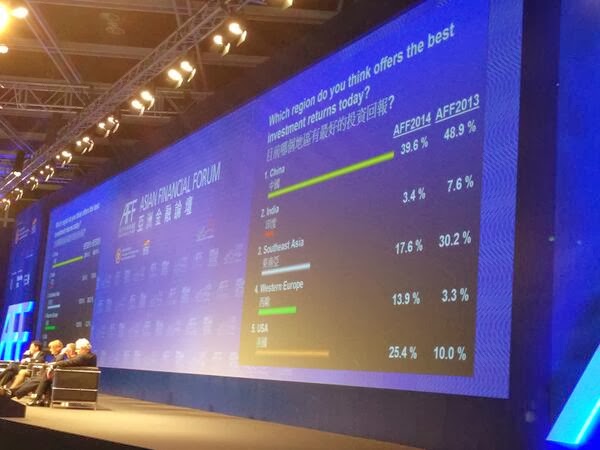 This made some interesting detailed reading.  Whilst China was clearly ranked top, it and the other Asian options had suffered a deterioration in perception over the last year compared to the 'Western' alternatives.

It is funny what a bit of relatively poor performance in Asian markets can do...

So what are the biggest concerns in China?  Well, local government debt/shadow banking fears take over 50% of the vote, followed by a sharp fall in the property market and in third place social/political instability.  There is linkage between all three of these issues. 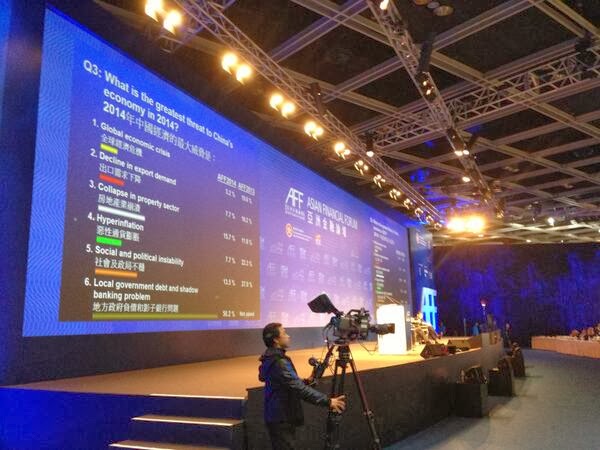 Finally, when is Chinese Yuan convertibility coming?  Nearly 80% of respondents were in the 2-10 year zone. Suitably vague but probably right.  It is coming...but as the magnitude of the shadow banking system shows, further system regulation is going to have to kick in too. 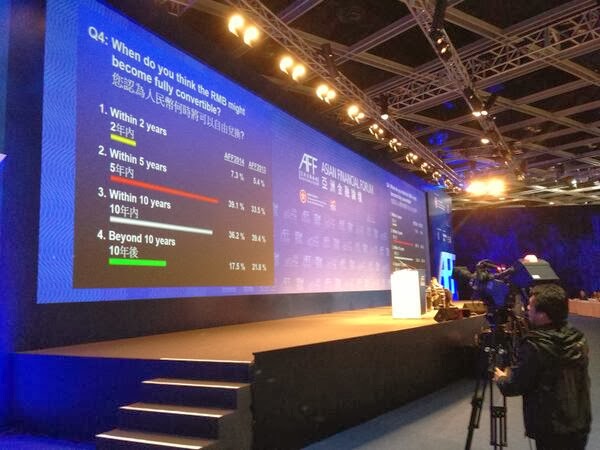 Some interesting results.  The desperately neutral way attendees viewed 2014 prospects combined with the regional performance hopes which (apart from China) just followed extrapolated 2013 performance, gives me hope that globally stock picking opportunities will be more apparent, rather than returns being largely determined by macro issues.
And on those macro issues, with many people looking at the Chinese shadow banking / local government debt issues...maybe problems emerge elsewhere.  Like the policy conundrums in Europe (despite CIC ongoing buying)? (link here)
Given Asia's international trade centric nature, it is inevitable that even an Asian Financial Forum ends up talking intently about global and world ex-Asia issues.
Posted by Chris Bailey at 22:44