The best bits from the Chevron, Mastercard and Mead Johnson numbers today

A busy week in the world's financial markets.  So a final selection of interesting presentation document charts and graphics.

First, Chevron.  Another oil and gas behemoth disappointing?  No great surprises there given what we have seen so far this earnings season from Exxon Mobil, Royal Dutch Shell and BG Group.  What struck me about the Chevron numbers though was that it did continue to invest...to an extent that its net debt rose US$8bn during the last year.  That's the problem with the sector though: having to work harder / spend more money for that marginal barrel of oil.

Chevron can afford it.  It has negligible net debt (considerably less than x1 ebitda) and valuation-wise is (now) trading on a single digit P/E and a 3.4% yield.  Technically though it is in danger of re-entering the US$100-110 range it sat in for much of 2011-2012.  I really can't get that excited.

In contrast to the oil and gas large caps, MasterCard has had a rampant last year as shown below, with the share hitting an all-time high a few weeks ago following a stock split (always popular with the market and investors).

Sometimes though investors can get ahead of themselves.  The numbers from the company were absolutely fine (14% growth in Q4 year-on-year) but trading on a prospective x16s EV/ebit ratio a lot is priced in already.  I am waiting for something nearer US$65. 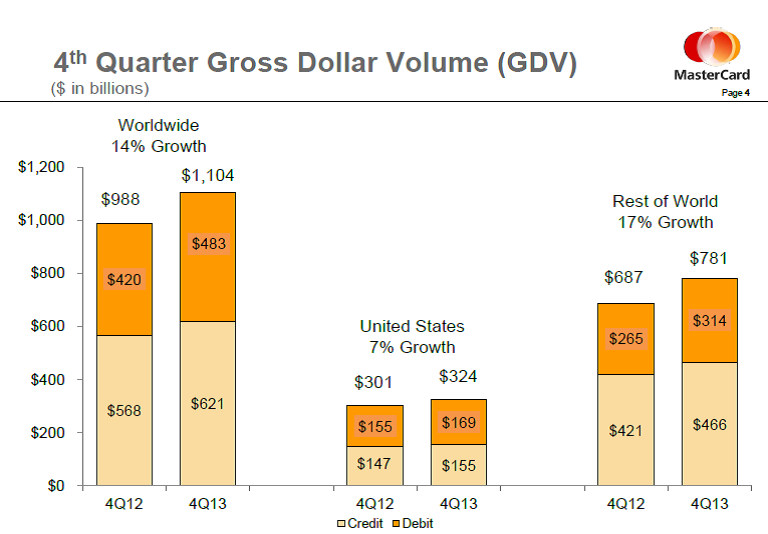 The other interesting aspect of the above MasterCard chart is 'emerging markets: what problem?'  I felt a similar comment coming on after looking at the baby nutrition company Mead Johnson's numbers too today.  Take a look at this screen grab from the results document and note the (in contrast to the company's operations in North America and Europe) the positive price/mix and volume numbers in Asia and Latin America. 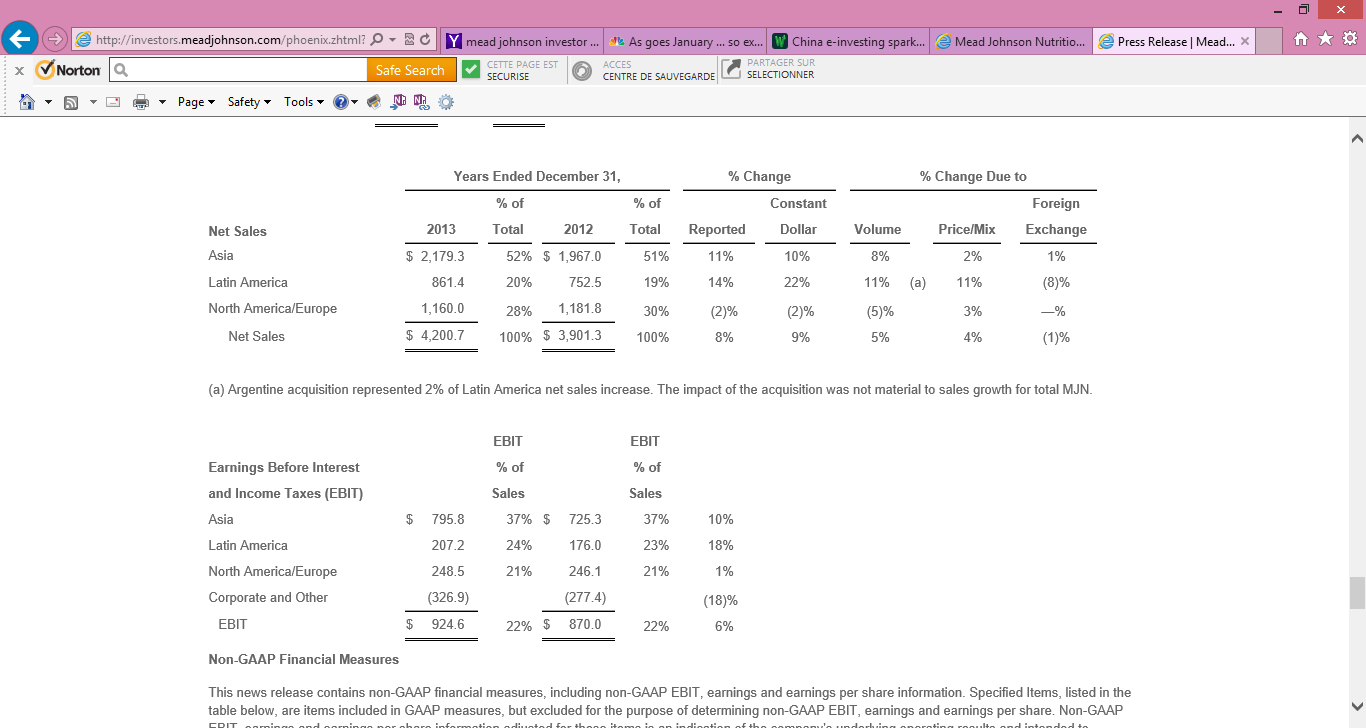 As with MasterCard, Mead Johnson is another prospective x16 EV/ebit rated company.  Great theme, pricing power and an emerging market performance which reflects these positive attributes. However what you would want to see is a sub US$70 share price.