The benefits of travel...new charts that said something to me

Was travelling for much of yesterday but between appointments, there were opportunities to graze social media and other research sources for some new insightful charts.  Here are a few that said something to me.
So inflation finally hit the 2% level the Bank of England has hoped for.  No more of those embarrassing letters to the Chancellor the Exchequer then...﻿ 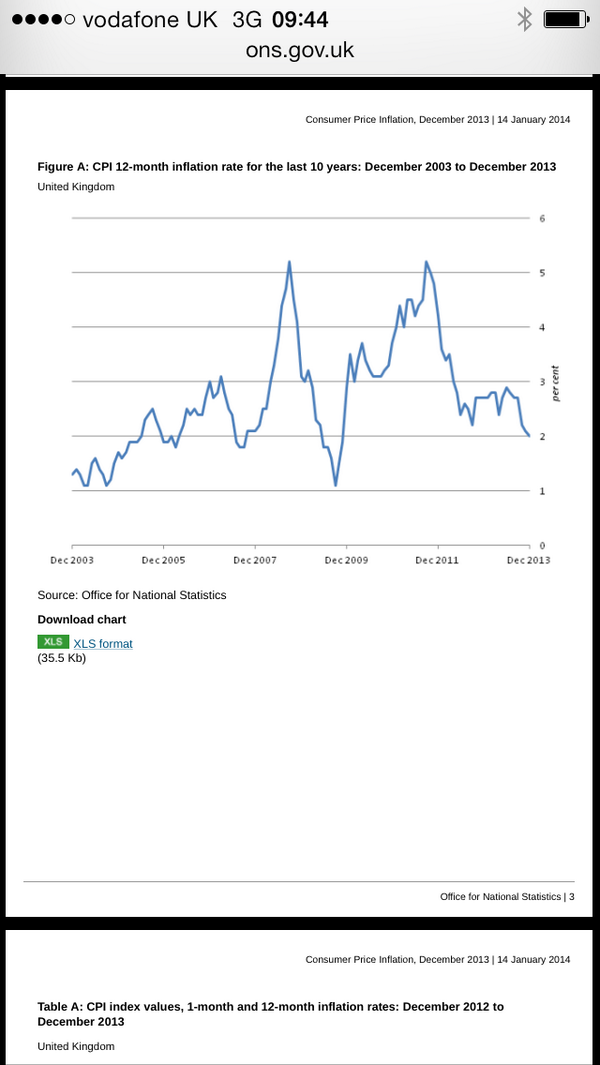 The real problem though is the lack of real wage growth in the UK (and the rest of the 'Western' economies).  The Financial Times graphic header may have been 'ending six years of decline in real earnings' but we are not there yet.  Lacklustre recovery even with QE's help over the last few years...I think we know one of the reasons why 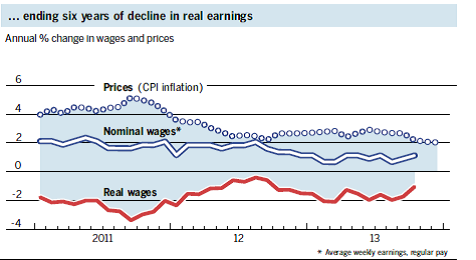 And we are still struggling with debt issues.  I was slightly scared by this chart.  If we turn Japanese then buckle down for another decade.  That's what too much accumulated debt and low / no real wage growth leads to. 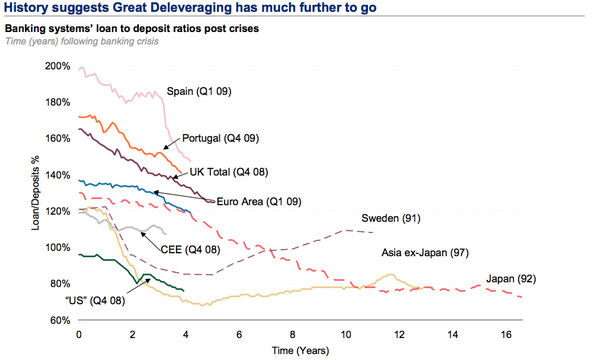 There are no easy solutions...supply-side reform boosting productivity, innovation and competitiveness being one.  I noted some interesting differentials in Europe: Spain versus Italy and the (well-known) difficulty of competing with Germany.
It isn't easy in Europe (and Hollande's Euro50bn spending cut yesterday was just keeping the French deficit in line with EU preferences of a 3% of GDP budget deficit...) 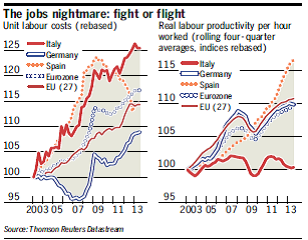 ﻿
Another 'solution' are corporate mergers.  January 2014 apparently has shown the highest cumulative transaction volume in mergers since 2000.  That's interesting, but I thought this graphic was more insightful (and slightly worrying): 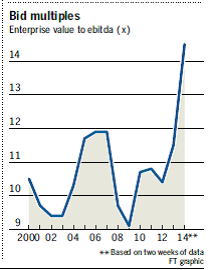 Finally, bitcoin transactions - abating a little.  As with a share, the volume spike happened with that sharp run-up to US$1000 a bitcoin (currently in the US$800s).  Am still looking at bitcoin, maybe hoping too for further volume compression and movement off the front pages (or a final splurge there after a price fall...)
﻿ 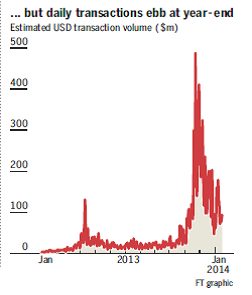