For those who went, how was Davos for you? As my invitation to the World Economic Forum got lost again in the post, my MUST READ is this good summary article on 'what we learned' namely:


'Iran declared itself open for business


Forward guidance is under scrutiny


Davos has become touchier and feelier


There's potential for a military clash between China and Japan'
All important geo-political matters absolutely.  I was more struck though that for the third year in a row, income disparity topped the lists of global risks 'in terms of likelihood'.  For once that is proper real world from the mountains of Switzerland: 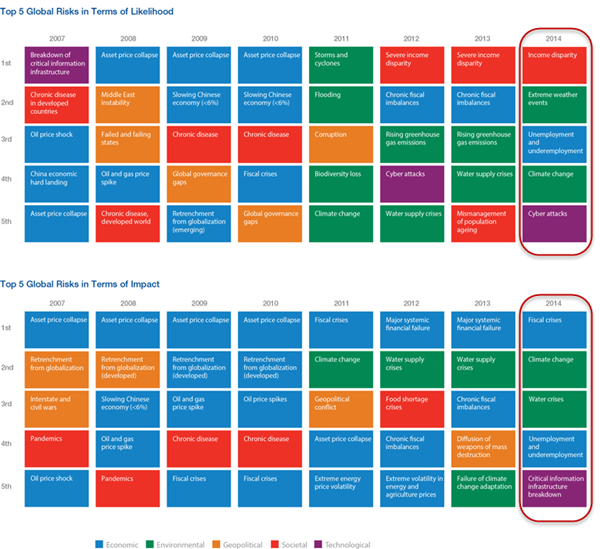 Of course all that talking at Davos does have some negatives as this chart from The Economist showed: 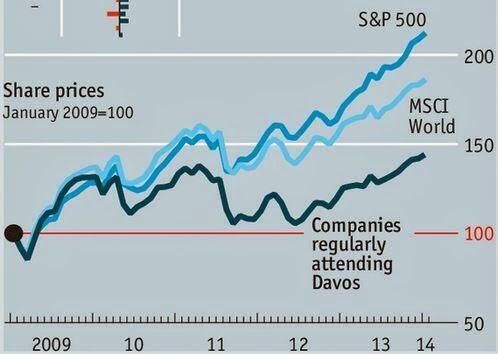 Outside of Davos it was the worst week for US equities since 2012.  Risk was out, gold was in and emerging market currencies were somewhat volatile: 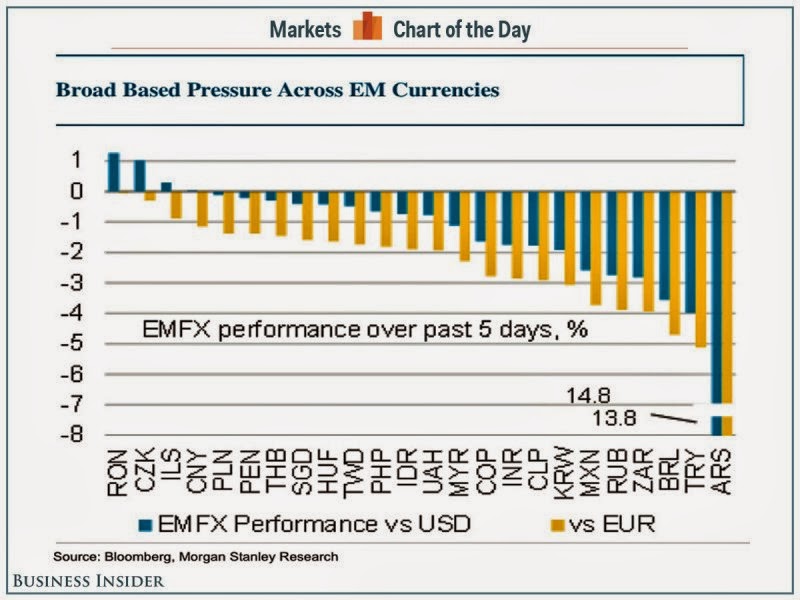 That really was a big fall in some EM currencies. 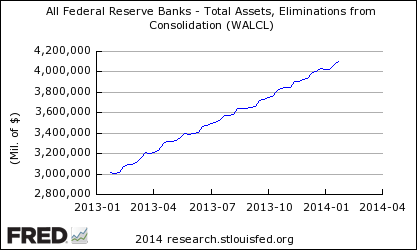 ...meanwhile US Treasury sales get more and more focused on domestic purchasers.  Sensible, of course, but it may require higher rates to induce sufficient demand... 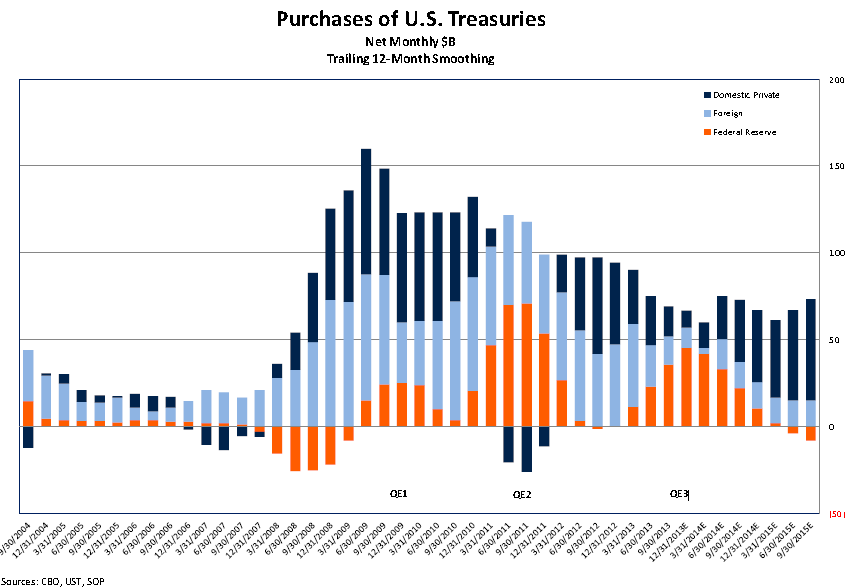 ...especially as US median incomes remain under pressure: 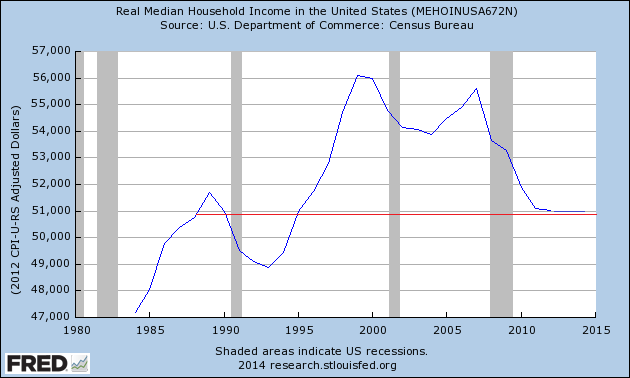 One for the gold followers: 'Austria’s mint is running 24 hours a day to meet orders for gold coins, joining counterparts from the U.S. to the U.K. to Australia in reporting accelerating demand boosted by the bear market in bullion'.  Link here.
Got to have a bit of gold

Smartphone boom - as per this link 'Market research firm Gartner predicts 443.5 million mobile phones will be sold in China in 2014, and 90 percent of them will be smartphones'.

Smartphones are individually big...but prospectively over the next five years not as big as the 'internet of things' i.e. the point where everything connects to everything


Interesting observation from The Financial Times: 'The UK’s largest quoted companies issued more profit warnings in the fourth quarter of last year than in any three-month period since the depths of the financial crisis. Research from professional services group EY shows that FTSE 350 groups warned 31 times that profits would be noticeably lower than expected in the three months to the end of December – the same number as in the fourth quarter of 2008'
Volatile stock picker's market out there
UK supermarkets - The Sunday Times reports that 'Wall St titans plot to break up supermarkets...hedge funds take stakes in Tesco, Sainsbury's and Morrisons with radical plan to hive off property empires'
I see value in Tesco and Morrisons...and glad that the hedge boys maybe see it too.  Let's see what happens...easy to talk etc
BSkyB - more press rumours that the Murdoch family may be interested in having another go at buying the shares they currently do not own. I liked this quote: 'interesting the move makes more strategic sense now than it did in 2010. Power in the media market has shifted away from distributors, such as BSkyB, who are engaged in increasingly intense competition, and towards content rights holders, such as the Premier League and the Hollywood studios'

I would be happy to sell Mr Murdoch my shares at 20%+ above prevailing...

Yahoo - provocative article saying that the company is a dead man walking.

Vodafone - The Daily Mail runs an article saying that China Mobile is considering a 5-20% stake.  Just over 3 years it was Vodafone selling a stake in China Mobile!  (link here)

Buffett on JPM - I liked some of the quotes in this interview:

A little joke for those of you who follow economic theory... 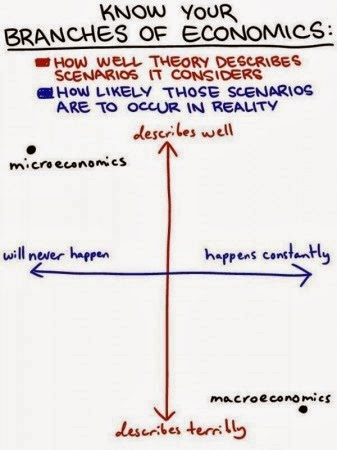 Have a good week
Posted by Chris Bailey at 19:50