Last month Stanley, Black & Decker updated the investment community with its business prospects for 2014.  I wrote these up here but essentially I concluded that after a profits warning in Q3 the company was looking to deleverage (sensible) and had pushed back in time share buybacks (less good).

There were no major surprises in the Q4 numbers given these recent thoughts.  However I did find it interesting that pricing was flat and that acquisitions were three-quarters of revenue growth.  Additionally, with emerging market malaise all over the headlines today, useful as a reminder that companies such as Stanley, Black & Decker are still performing in these markets (albeit that the Q4 period was slower than the FY period in the emerging markets for the company).

And to continue with the emerging markets, the most interesting chart in the presentation was this one on how certain exchange rates have moved - most notably in countries in Brazil and especially Argentina. 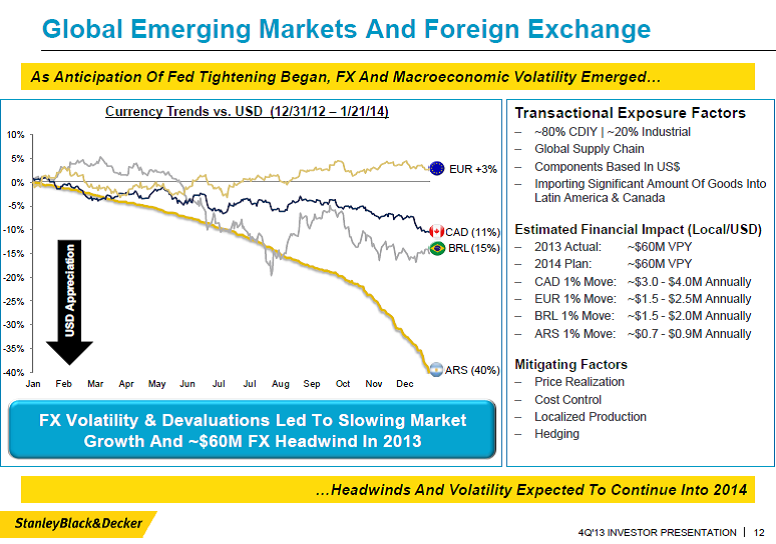 In December I talked about the US$75 support level being a number to remember.  With the pricing and emerging market comments about, I am happy to wait for that level.